When we talk about taking a vacation, summer gets most of the attention. But traveling in January — once the holidays are over and people are getting back to normal — can be great for individuals, couples, and families. Whether you're looking for the perfect ski trip or want to leave the cold and head somewhere warm, here are five destinations that are perfect for your next January vacation.

If you're a winter sports buff, then January is your time to shine. The months of January and February are the best for skiing and snowboarding in Vail, Colorado. The city was basically built as a ski resort and lodge, so you'll have no problem finding your perfect ski paradise.

Hit the slopes early in the month before Martin Luther King. Jr. Day to enjoy minimal crowds, great snow, and low-cost lodging. Keep in mind that one reason Vail isn't full of tourists in January is the cold. So make sure to pack accordingly and bundle up. As a bonus, the cold temperatures make the snow ideal for skiing and snowboarding. It creates what the locals call "champagne snow."

When you need to take a break from the ski slopes in Vail, take some time to check out some of the popular nearby attractions. If you want to stay outdoors, try unique activities like winter horseback riding, snowshoeing, tubing, and sleigh riding.

There's hardly ever a bad weather day in San Diego, making it the perfect destination if you want to escape the cold in January. You'll enjoy warm temperatures, sunny skies with a very low risk of rain, and that laid back attitude San Diego is famous for. As an added bonus, you won't be fighting crowds, since all the kids are back in school by the second week of January.

Winter temperatures in San Diego usually range from about 50 to 68 degrees Fahrenheit, with cooler temperatures at night and warmer temperatures during the day. This means that you won't be able to do much swimming in the ocean. But you can still enjoy water sports like boating, parasailing, and paddleboarding. You might want to get a wetsuit; water temperatures usually hover around 60 degrees.

While you're in San Diego, make sure to check out some of its famous attractions like Balboa Park, the San Diego Zoo, and the USS Midway. With smaller crowds, you'll be able to explore the city at a leisurely pace and at a lower cost when you visit in January.

If spring-like temperatures still aren't hot enough for you, head to Cape Town, South Africa, which is in the peak of summer during January. You'll enjoy temperatures up to the high 80s during the day and dry weather.

If you head to the beach for a swim, be prepared for high winds. Adventurous travelers can use the wind to their advantage and go kitesurfing. If you'd rather lounge on the beach without getting gusts of sand blown in your face, head for Clifton, where the beaches are sheltered from the wind.

For a truly unique experience, make sure to take a day trip to Boulders Beach in Simon Town. You might even catch a glimpse of some juvenile penguins. Their nesting season starts in February, so if you visit in January, you're more likely to see the penguins up and about.

One thing to know before you start booking your trip to Cape Town is that, unlike American cities that are relatively cleared out and therefore cheaper to visit in January, Cape Town in January is full of tourists. It's the summer months for South Africa and the surrounding region, so kids are out of school, too.

January is the coldest month in the city of Dubai. But if you're coming from a northern state that sees sub-zero temperatures and lots of snow, it will still feel like summer. Highs in Dubai in January are in the mid-60s to lower 70s, which is appealing for a lot of visitors. It's usually dry during January, so you shouldn't have to worry about needing an umbrella or having to cancel plans because of a surprise thunderstorm.

The main reason to visit Dubai during the month of January is for the huge Dubai shopping festival. It's no secret that Dubai is a hub for shopping fanatics. During the entire month of January, you can enjoy huge discounts at malls and shopping centers all over the city. Combine this with entertainment, fireworks displays, concerts, and fashion shows, and you'll have a hard time getting bored.

Of course, the shopping festival attracts visitors from all over the world. That means you'll have to deal with crowds. Also, you might spend more on a plane ticket and accommodations in January than you would during other months. But, you won't be dealing with the sweltering heat of the summer months. You also won't have to worry about finding a restaurant that's open. This can be a bit tricky if you visit during Ramadan, which takes place during the summer months.

January is the perfect time to visit Thailand. This is the country's dry season, which means you'll enjoy warm days without worrying about monsoons or rainstorms ruining your vacation. Temperatures usually stay in the 80s, which is great for travelers who are looking for a little bit of summer during the winter months. The water is also warm, around 80 degrees, which is perfect for beach lovers who want to take a dip in the ocean during their vacation.

Phuket is known for diving, and January is an ideal time to see marine life. It's also known for Bangla Road, which is a hot spot for nightlife. You'll find seemingly endless bars, restaurants, and nightclubs. Settle in for an evening of food, revelry, and people-watching.

Because January has great weather, it's a popular time for tourists to visit Thailand. Be prepared to spend a little extra on accommodations and airfare if you visit Phuket during January instead of later in the year. 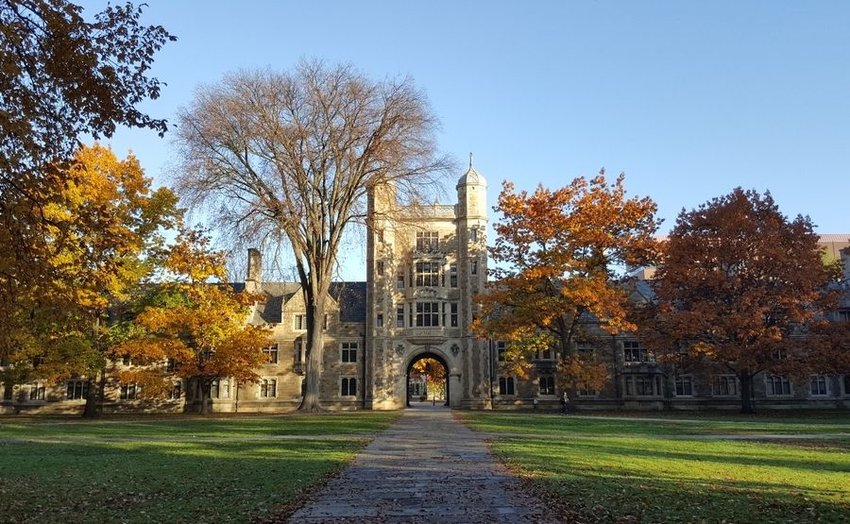 How much do you know about the Great Lakes State? Here are nine things we bet you didn't know about Michigan. It's Known as the Wolverine State — Even Though There

We know there are questions around travel amid the coronavirus (COVID-19) outbreak. Read our note here. It's often the populated countries that get the most attention. There's always something newsworthy