When it comes to your favorite foods, it’s likely that you’re familiar with the region responsible for your go-to meals. Or are you? Often, cooking techniques and ingredients are adapted and perfected somewhere far from where they originated, making for some surprising food history. Even such quintessentially American foods as hot dogs and New York cheesecake have roots that trace all the way back to ancient Rome and Greece. Read on to travel the world through your taste buds, as you learn where 20 of the world’s most popular foods actually came from.

Don’t let the name fool you — the origins of this salty side-dish staple trace back to Belgium. Villagers who lived along and fished in the Meuse River often relied on their catch for food, but during the winter months, the river would freeze over and make it difficult to fish, leaving them hungry. Enter the potato — it’s believed that clever housewives would slice the root vegetable into the shape of a fish, frying them and eating them to get through the cold months.

Flatbreads have been prepared with toppings such as herbs and spices for thousands of years, but pizza as we know it today — bread crust topped with tomato sauce, cheese, and very likely meat — originated in 18th century Naples, Italy. Early iterations of these “pie” toppings were sometimes no more than lard, garlic, and salt, but soon included more recognizable ingredients such as cheese, basil, or tomatoes.

Kraft didn’t invent it, and, despite widely circulated myths, neither did Thomas Jefferson — this beloved American dish originated in Italy. The first macaroni and cheese recipe appears in a 13th century Italian cookbook, calling for sheet pasta to be cut into small squares, cooked in water, and then tossed with grated cheese. Jefferson, the third president of the United States, is believed to have popularized the dish in America after he fell in love with it in Europe and subsequently served it at White House dinners. Kraft invented the boxed version in 1937.

It should come as no surprise that the almost-universally-loved bacon, taken from the pig’s belly or back, is one of the oldest cuts of meat in history, with salted pork bellies being eaten in China as early as 1500 BC. The pork product trickled into culinary corners around the world, as pigs were plentiful, and the cut itself was cheap and easy to prepare.

This classic indulgence came to be in Whitman, Massachusetts, in 1930. Ruth Wakefield, a dietitian and food lecturer, and her husband had opened the Toll House Inn, where Ruth decided to melt some baker’s chocolate into her beloved butterscotch nut cookie batter. Discovering she only had a Nestlé semi-sweet chocolate bar on hand, she chopped it up, expecting the chunks to melt. The chunks held their shape, instead creating melty, gooey pockets of goodness, and, voilà, the Toll House chocolate chip cookie was invented.

Apple pie is so strongly associated with wholesome Americana that it even has its own saying — “as American as apple pie.” Turns out, that’s not so American after all. The classic dessert can be traced back to 1381 England. The recipe — the oldest known one for apple pie — calls for apples, figs, raisins, pears, and spices to be encased in a pastry shell.

Walk into any Parisian café, and you’ll likely find dozens of these flaky, buttery pastries in different varieties. Although the croissant is most commonly associated with France, it actually originated in Austria. The kipfel, as it's called, was originally more dense, sweet, and was sometimes filled with nuts. However, the delectable puff pastry of the croissant we know today was indeed perfected in France.

Hot dogs are synonymous with American baseball games and backyard barbecues, but the earliest version is believed to have its roots as far back as ancient Rome, where emperor Nero’s cook first stuffed ground meat and spices into a pig’s emptied and cooked intestines. The hot dog as we know it today is a more direct descendent of 13th century German frankfurters. But putting the hot dog on a bun? That’s all American, originating with Charles Feltman at New York City’s famed Coney Island, who wanted a way to more appropriately sell sausages alongside the sandwiches on his cart.

Chips have a widely circulated creation tale centered around a cook named George Crum from Saratoga Springs, New York. Crum, the legend goes, sliced and fried paper-thin potatoes to a crisp in order to appease a customer complaining of too-soggy fries. But the earliest known recipe actually appeared in English chef William Kitchiner's book The Cook's Oracle in 1817 — over 30 years earlier than Crum’s supposed chip creation.

Thanks to the famously named New York Cheesecake, many assume that this popular, decadent dessert was an American creation. But its origins actually trace back to ancient Greece, with some speculating that a form of cheesecake may have even been served to athletes at the first Olympic Games held in 776 BC.

It's now thought of as a blue-collar American staple, but the first reference to a meatloaf-like concoction appeared in a fancy fifth-century Roman cookbook, Apicius, named after a wealthy gourmand at the time. The recipe consisted of chopped meat (including animal brains), wine, and bread being seasoned with herbs and spices and pressed into patties. The dish remained a symbol of the upper class throughout the Middle Ages; by the 18th century, adapted recipes had landed in America via Pennsylvania Dutch settlers, and by the late 19th century, the invention of the meat grinder meant any household could turn even the scrappiest of proteins into a decent dinner. Meatloaf became a go-to during the Great Depression in the 1930s.

The first documentation of this iconic pairing appeared in the November 1901 issue of The Boston Cooking School Magazine of Culinary Science and Domestic Economics magazine. A contributor named Julia Davis Chandler suggested making “little sandwiches, or bread fingers, of three very thin layers of bread and two of filling.” One of those layers was peanut butter — or peanut paste, as it was then called — and the other of jelly (she suggests currant or crab apple). “The combination is delicious, and so far as I know, original,” she wrote.

It might seem like a no-brainer given its name, but Pad Thai takes its fundamental ingredients (meat, vegetables, and rice noodles) and preparation method (stir fried) from Chinese cooking. Its actual name, kway teow pad Thai, even translates to “Thai-style stir-fried rice noodles.” Distinct flavors such as tamarind and chilies are what give the dish its Thai profile. So where did it come from? In the 1930s, Thai Prime Minister Plaek Pibulsonggram sought to modernize and unite the country, and one method of doing so was to create a national dish. According to his son, what we now know as Pad Thai was already being made by a home cook or family member and was well-loved in the Pibulsonggram home; now, it’s ubiquitous as a Thai staple in restaurants around the world.

The Buffalo wing, unlike many of your favorite foods, has a relatively clear, concise, and modern origin story at the family-owned Anchor Bar restaurant in — you guessed it — Buffalo, N.Y. In 1964, Dominic Bellissimo was working the bar when a group of his friends showed up and wanted some late-night grub. He turned to his mother, Teressa Bellissimo, to prepare the first batch of hot wings — deep fried and tossed in her secret, spicy sauce (a mixture of melted butter, hot sauce, and cayenne), and with a side of blue cheese and celery. And not much has changed since.

No, it wasn’t invented by Julius Caesar — the iconic Caesar salad was first made in Mexico. Cardini Caesar, who was born in Italy, first prepared the dish at his restaurant in Tijuana on a busy Fourth of July weekend in 1924. With supplies running short, he used what he had on hand, which included romaine lettuce, garlic, croutons, Parmesan cheese, boiled eggs, olive oil, and Worcestershire sauce. And we have his brother to thank for the anchovies, which he reportedly added in 1926.

Pasta dishes are typically associated with Italy, but spaghetti and meatballs came together in the United States. Starting around 1880, Italians began immigrating to America in search of more upward mobility. With better wages, they began making their polpettes — Italian meatballs — with more varieties of meat, and lots more of it. Canned tomatoes were easy to access and cheap, and spaghetti, also cheap and accessible, was added to satisfy an American appetite for a starch with their meals.

Scottish immigrants who came to America in the 1700s settled in the Carolinas, and brought with them their tradition of frying chicken in fat — but it was enslaved Africans who made it into the finger-licking dish we know today. Many slaves came from West Africa, and brought with them their own recipes and techniques, including seasoning and spices not yet known to the Scots. The salty, spicy flavors revolutionized the dish and made it a staple of the American diet.

In 1943, at the Victory Club restaurant in the Mexican border city of Piedras Negras, maître d’ Ignacio Anaya was waiting on a group of military wives whose husbands were stationed at the nearby Fort Duncan Air Base in Texas. When Ignacio couldn’t track down the cook, he took it upon himself to fry some tortilla chips, sprinkle them with shredded cheese, broil them, and add some sliced jalapeños. He called the quick appetizer “Nacho’s Especiales,” after his own nickname, “Nacho."

This iconic pairing unsurprisingly originated in England, although both London and Lancashire lay claim to being the first to serve it. In London, the first fish and chips shop — called a “chippie” — is said to have been opened by Joseph Malin sometime around 1860, running for over 100 years until its closure in the early 1970s. But in Lancashire, about 300 miles north of London, local entrepreneur John Lees sold fish and chips out of a hut in the market starting in 1863, later moving into a permanent building nearby and claiming to be the first official chippie.

One of Japan’s most revolutionary and beloved dishes actually originated in China, where early versions featured wheat noodles and roasted pork in broth. According to the Shin-Yokohama Ramen Museum (which is actually a food court celebrating the dish), ramen made its way to Japan in 1859. Its adopted country would go on to change the game with instant ramen, and become a culinary tourist’s dream for its proliferation of the popular dish. 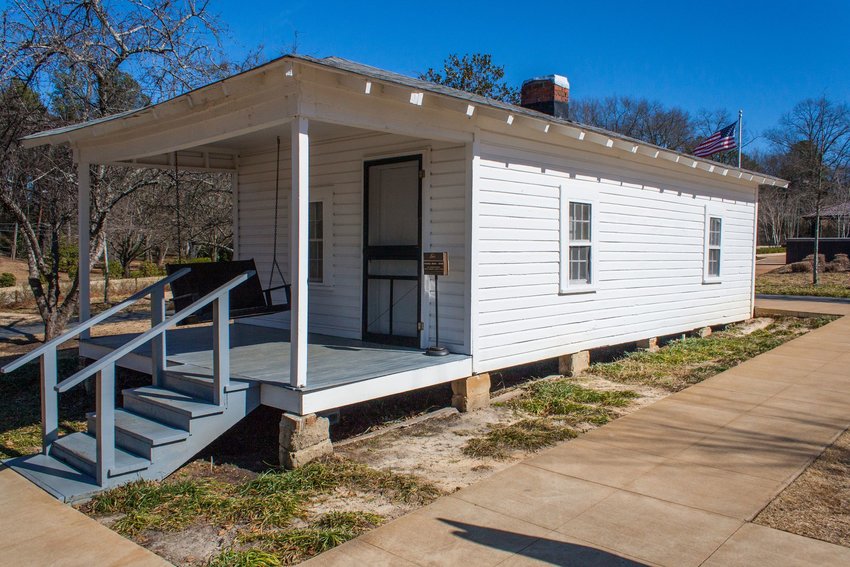 The next time you tour the United States, make sure you visit the birthplaces of the famous! Here are seven locations worth visiting from Elvis to Lincoln. 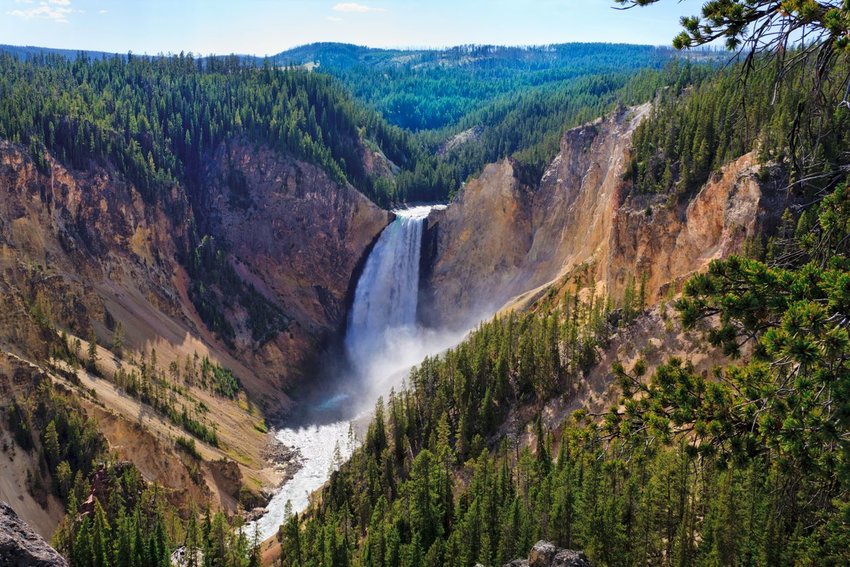 Here are 10 fascinating Yellowstone National Park facts you never knew about that will take your knowledge of America's first national park to the next level.