For too many of us, "work-life balance" sounds like a fantasy. As the harm of overwork and stress becomes more apparent, however, it's worth making a real effort to prioritize such a situation. To get started, take a look at these five cities with the best work-life balance in the country, as recently reported by MagnifyMoney. From things like sleep and commute time to the cost of living and income equality, these cities are setting the standard and showing that work and life really can coexist.

Fifth on the list is Raleigh, North Carolina, the state's capital and one leg of the Research Triangle that includes Raleigh, Durham, and Chapel Hill. The Research Triangle plays a major role in the area's work-life balance by offering a plethora of well-paying jobs in growing sectors like tech and medical research. The Research Triangle, in turn, is fed and sustained by the highly educated workforce emerging from the local universities, including Duke and the University of North Carolina at Chapel Hill — both of which have contributed to make Raleigh one of the most educated cities in the country.

It isn't only a work-life balance that Raleigh has managed to achieve, though. It's also been ranked first among American cities — and third in the world! — for overall quality of life, which is a comprehensive score including factors like health care, pollution, cost of living, and the ratio of property price to income. The relatively low cost of living, in particular, helps to make the city's work-life balance possible, especially compared to the dizzying costs in other innovation hubs like Silicon Valley and San Francisco.

Cincinnati — one of Ohio's largest cities — has managed to adapt and thrive on a much larger scale than many of its Rust Belt neighbors. Contributing to its residents' work-life balance is an abundance of cost-effective housing and some of the cheapest goods and services of any major U.S. city. In addition to its value, Cincinnati also has a promising job market, with growth in sectors ranging from leisure and hospitality to manufacturing.

In Cincinnati, what exactly does the "life" part of a work-life balance look like? For some, it might be cheering on local professional teams, like the Bengals or the Reds. For others, it's enjoying the city itself, with its riverfront trails that look across the Ohio River to Kentucky on the other side. History buffs can get their kicks downtown, with its wealth of museums ranging from the National Underground Railroad Freedom Center to the Taft Museum of Art, named for the one U.S. president born in Cincinnati. Meanwhile, music and theater venues abound in multiple neighborhoods throughout the city, catering to every taste and genre.

Cracking the top three cities for work-life balance, Salt Lake City is the westernmost place on this list. It has the best income equality of any city in the study, and its residents also benefit from the second shortest commute times. Less time in transit means more time enjoying all the city has to offer, from food to culture to music, art, and more. Temple Square, with its iconic Mormon temple, anchors one end of downtown, while science museums, parks, and other attractions dot the rest of the area. The city is also a great home base for nature lovers, with skiing as well as Utah's five national parks nearby.

Salt Lake City's economy has been growing steadily in recent years, outpacing that of many other major cities in large part thanks to its young and well-educated workforce. It also benefits from strong relationships among business, labor, and the state government. This makes doing business in the city an attractive option for companies and offers more options for employees.

Residents of Kansas City enjoy short commutes, the sixth-best housing costs in the country, and more sleep than those in most other major cities. These factors contribute to its ranking as the second-best city for a work-life balance in the country. Kansas City has a relatively high overall quality of life, as well. Located on the border of Kansas and Missouri, the city has long been a cultural gem of the Midwest — not to mention one of our favorite stops for perfect fall weather.

Kansas City is known for its barbecue, but it has far more to offer than just delicious meats. The city has played a significant role in the history of American jazz, as well as in theater and vaudeville. It is also widely recognized to have more functioning fountains than any other city in the world. Residents make use of their time away from their desks in a myriad of ways, from arts and exhibitions to breweries and baseball. Like Cincinnati, Kansas City also benefits from its riverside location, with waterfront parks and trails that are popular with cyclists, walkers, and joggers alike.

Taking top honors for its successful work-life balance is Minneapolis. With impressive results for income equality and sleep, it has some of the healthiest residents in the country. The Minnesota city regularly features among the best places to live. Recently, Minneapolis has had the highest average income per capita in the Midwest, as well as some of the lowest unemployment. It also benefits from a range of industries that create a well-rounded and robust economy.

While Minnesota winters are nothing to sneeze at, those willing to brave the elements are rewarded with a wide range of natural and cultural opportunities. Popular outdoor oases like Minnehaha Park and Theodore Wirth Regional Park abound. Also, the Mall of America is a one-stop shopping experience complete with an indoor amusement park and the LEGO Imagination Center. With its range of amenities, admirable work-life balance, and longstanding reputation for being "Minnesota nice," Minneapolis is a city well worth checking out — and even calling home. 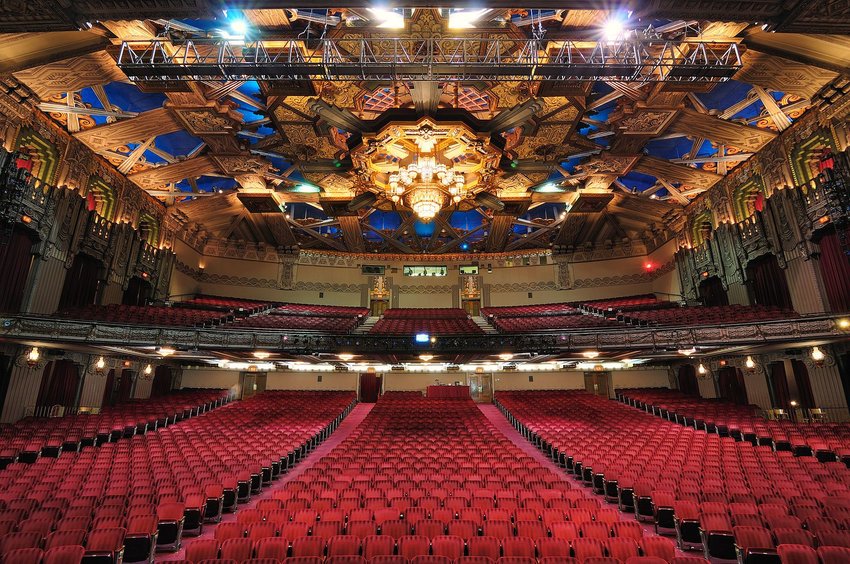 We know there are questions around travel amid the coronavirus (COVID-19) outbreak. Read our note here. Art Deco architecture continues to charm and delight architecture buffs with its sleek lines,

When people think of islands of the United States, they probably think of lands like Hawaii or Puerto Rico. While it can be easy to conceive of the contiguous 48