More than 35,000 cities are recognized by the United States Geological Survey (USGS), and many of them are oddly named. A lot of U.S. cities have bizarre nicknames, too. With or without a weird name, what does it take for a city to be recognized by the USGS? Incorporation isn't required, but USGS city status is only given to cities that contain brick-and-mortar buildings as well as a permanent population, explains Reference. Out of those 35,000, here are six with really bizarre nicknames.

Cedar Bluff, Alabama: The Crappie Capital of the World

Sitting on the northernmost banks of Weiss Lake one finds The Crappie Capital of the World. With a post office that's been functioning since 1837, Cedar Bluff, Alabama, boasts a modest population of around 2,000 full-time residents. People come here from all around the country to participate in crappie fishing, hence the city's silly nickname.

Local attractions in the Cedar Bluff area include the Little River Canyon Center at Desoto State Park and Tigers for Tomorrow at Untamed Mountain wildlife preserve in nearby Atalla.

Unlike other towns within Cherokee County, alcohol may be purchased and consumed in Cedar Bluff. This may or may not help residents deal with the bizarre nickname of their beloved burg.

Muscle Shoals, Alabama: The Hit Recording Capital of the World

Perhaps the most bizarre thing about Muscle Shoals' nickname is the fact that it is obsolete.

Sitting on the south bank of the Tennessee River, the 15-square-mile city of Muscle Shoals was indeed a significant hub in the music recording industry during the 1960s and '70s.

Although no longer the undisputed king of recording cities in America, there's still plenty to do and see in historic Muscle Shoals. Many of the original recording studios are still active. Artists who currently record in the erstwhile recording capital include Jason Isbell, Fiddleworms, and Drive-By Truckers. Interestingly, Muscle Shoal's sister city, Florence, bills itself as "the birthplace of the blues."

Sometimes referred to as "The People's Republic of Berkeley," this city on the east side of San Francisco Bay boasts the oldest campus in the University of California educational system as well as a wacky nickname.

Revered as one of the most socially liberal cities in the nation, Berkeley came to be called "Berzerkeley" after late San Francisco Chronicle newspaperman Herb Caen deemed it so in his January 22, 1958, column, explains The Daily Californian.

Plenty of U.S. towns claim to host a ghost or two, but only Savannah is nicknamed America's Most Haunted City. From Calhoun Square to the Sorrel-Weed House to the ultra-spooky Olde Candler Hospital Morgue Tunnel, this charming, moss-covered township may boast more specters, phantoms, wraiths, and ghosts per capita than anywhere else in the South.

Case in point: The Sorrel–Weed House. Built by well-heeled plantation owner Francis Sorrel, the stately home sat adjacent to slave quarters. Sorrel, it is said, had a long love affair with a slave named Molly. When his wife, Matilda, learned of the affair, she flung herself from a balcony and fell to her death. Today, visitors to the once-grand home report odd sensations and device malfunctions. Could this be the doing of ghosts? A lot of people believe so.

Chester, Illinois: The Home of Popeye

If you don't know the name of the guy who invented Popeye the Sailor Man, you will after a visit to Chester, Illinois. The spinach-gobbling sailor's creator, Elzie Segar, was born in 1894 in southern Illinois on a bluff overlooking the mighty Mississippi.

In his heyday, Popeye was as beloved as SpongeBob SquarePants is today. So, it makes perfect sense that his creator's hometown would be celebrated with statues, street corners, and city parks dedicated to Popeye, Olive Oyl, Wimpy, Bluto, and the rest. There's also a museum with Popeye exhibits and an annual festival that celebrates all things Popeye, notes MojoTraveler magazine.

Incorporated in 1894, this little town in Mesa County was originally home to native Ute Indians. Later, the 80-acre town was populated by homesteaders who were promised 500 acres, 200 fruit trees, and all the water they could use for the then-princely sum of $500.

The region around Fruita is home to many fossilized dinosaur discoveries, but it was an unfortunate pullet named Mike who gave the town its bizarre nickname. Here's how it happened:

The year was 1945, and a Lloyd Olsen was intent on impressing his mother-in-law. Knowing that her favorite fried chicken part was the neck, he went about prepping a plump bird for the family's evening dinner. Taking care to leave as much yummy neck as possible, Olsen gave the bird a carefully-aimed whack to remove its head. The freshly decapitated chicken ran around as expected, but that's when things got weird. Instead of becoming dinner, Mike went about his normal chicken business. He simply did so without a head.

When Olsen axed the chicken, enough brain stem remained to manage essential functions. When the hapless bird survived the night, Olsen used an eyedropper to deliver grain and water to the bird's neck hole. Mike gained weight and went on the road where people paid 25 cents to see the amazing headless chicken. Today, a five-foot statue of Mike stands in downtown Fruita, says Roadside America.

People have been taking road trips for almost as long as there have been cars. Who made the first road trip? A car inventor's wife named Bertha Benz. In the 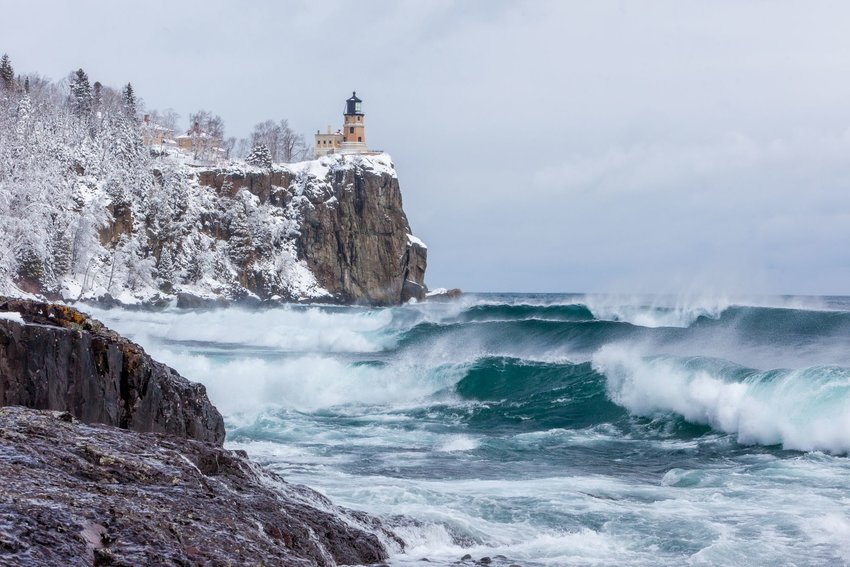