Sure, Washington, D.C., has served as America's capital for more than 200 years. Still, city isn't part of our country's birth story. In fact, it didn't even exist at the time of the Revolution and didn't become the official capital until 1800. That means other locations served as America's capital. According to the United States Senate, eight cities served as the home of the federal government before Washington, D.C., came on the scene.

At the end of 1776, Baltimore sat pretty as the nation's capital. According to Encyclopedia Britannica, Congress moved there to evade capture by British troops.

To draw as little attention to themselves as possible, delegates held secret meetings at a private home owned by one Henry Fite. The latter leased the house to Congress for 60 pounds for a period of three months.

At first glance, Lancaster may seem like an unlikely choice for a national capital. Maybe our forefathers agreed, because its stint as capital lasted just one day: September 27, 1777. However, it was a very important day.

According to The History Channel, Philadelphia was captured by the British the day before the Second Continental Congress convened in Lancaster. The delegates made it to Lancaster just in time. Knowing that British troops were close behind, Congress decided to stay on the move.

After Lancaster, York became the capital for about nine months. The city likes to say it was the first capital of the United States, but if you've read this far, you can see that's not exactly true.

To be fair, several major events took place in York: the Articles of Confederation were adopted there, and the first National Day of Thanksgiving was proclaimed in the city. It wasn't enough to keep the capital there, however. To evade British troops again, Congress soon began looking for a new location for our nation's capital.

The City of Brotherly Love first became the nation's capital in 1774, before the United States was officially a country. It continued its prestigious station through 1777 and 1778. Finally, it served as America's temporary capital from 1790 to 1800, while Washington, D.C., was being built.

Of course, Philadelphia is also famous for another reason: it's the birthplace of our nation. Both the Declaration of Independence and the U.S. Constitution were signed by our Founding Fathers in Philadelphia's Independence Hall.

But, why didn't the capital just stay in Philadelphia? The answer may surprise you. It all boiled down to a broken promise. When the Continental Congress met in Independence Hall in 1783, delegates didn't expect to be accosted by disgruntled soldiers from the Continental Army. In fact, Congress was barred from leaving the building altogether. The reason: It had neglected to pay hundreds of American troops during the war against the British.

Eventually, the legislators sent Alexander Hamilton to negotiate with the angry soldiers. On good faith, the soldiers agreed to let the legislators out if they made good on their promise to pay. Meanwhile, Hamilton approached John Dickinson, Pennsylvania's head of state, to ask for physical protection for Congress. For his part, Dickinson saw no reason to commit Philadelphia troops. On day, the delegates turned tail for Princeton, which brings us to the next location for the nation's capital.

Indeed, the Princeton Alumni Weekly points out that it was a strange move, taking the capital from the most celebrated, cosmopolitan city to a little village that had seen great damage during the American Revolution. Still, the legislators didn't dare return to Philadelphia to face the soldiers they hadn't paid.

Sadly, Princeton's size couldn't accommodate the growing number of delegates, so Congress was forced to make another move after just four months.

Congress arrived in Annapolis in November of 1783 and stayed for about nine months. It was here that the Treaty of Paris was ratified, officially ending the American Revolution, and it's also where George Washington stepped down as our nation's first commander-in-chief. By all indications, his work was done and it was time to enjoy a quiet life back at his Mount Vernon plantation. But, as fate would have it, America wasn't finished with Washington, yet.

To his great surprise, Washington was unanimously elected as the president of the Constitutional Convention in 1787. Then, on April 20, 1789, America voted him in as the first president of the United States. Washington didn't get to return to his beloved Mount Vernon until after he'd served two terms. So much for rest for an old warrior.

Meanwhile, Annapolis turned its attention back to its primary role as the capital of Maryland. In 1845, it became the home of the United States Naval Academy, originally called the Naval School, which opened with seven professors and fifty midshipmen.

Back to New Jersey — but only for a couple of months leading up to Christmas in 1784. The building of choice for the seat of government? A Trenton tavern, according to the Office of the Historian. That said, nothing notable happened during this Congressional session, perhaps because the delegates were distracted by the upcoming holidays.

But, there was also another reason nothing of consequence happened. The bright lights of New York were calling, and the delegates were bewitched by their brilliance. Congress packed up for New York on Christmas Eve, and the city of Trenton got its tavern back.

On January 11, 1785, the government settled into New York while Congress was still an entity under the Articles of Confederation. And, on July 26, 1788, New York became the 11th state to ratify the Constitution, making New York City the first U.S. capital post-Constitution.

Despite their love for New York, the delegates felt uncomfortable putting the national capital under the permanent jurisdiction of any particular state. They decided that it would be better to set aside an official terrain for the capital.

In 1790, Washington, D.C., was founded on land chosen by George Washington himself. The land once belonged to the states of Maryland and Virginia. Meanwhile, the new district was to be designed by Pierre Charles L'Enfant, who was also chosen by Washington.

On November 17, 1800, Washington, D.C., officially became the capital of the United States of America.

Amsterdam is known for its progressive culture, front-gabled architecture, and pristine green spaces. While many know about these elements of the capital of the Netherlands, there's plenty most do not 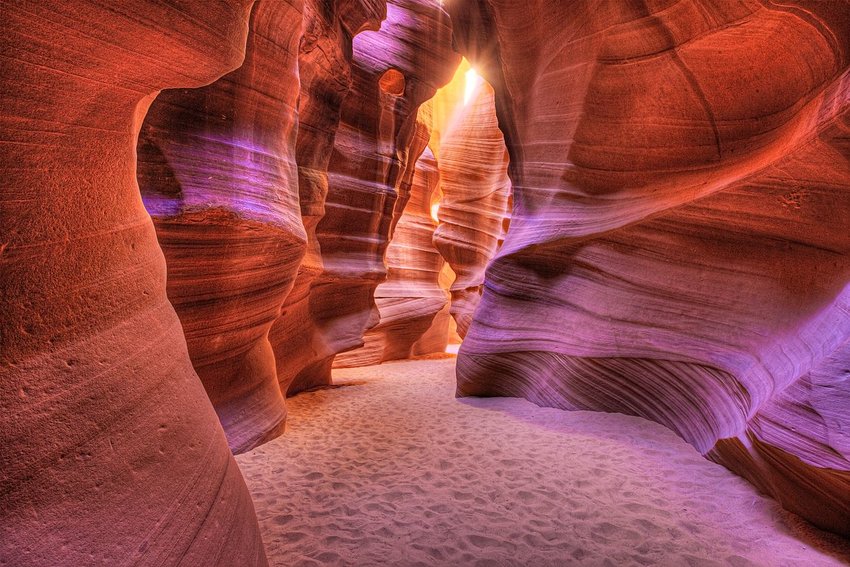