Jokes about people's dependent relationship with coffee abound, but the truth is that coffee is the second most valuable commodity (losing only to oil) in the world. An estimated 2.25 billion cups are consumed each and every day. While the exact origins of coffee as a drink are not clear, we do know that the roasting of coffee beans began sometime in the 13th century. These days, coffee is at the center of many cultural practices, and it's served around the globe. Here are five of the unique ways people serve the popular drink.

Kaffeost: The Coffee Cheese of Finland

In Finland, coffee is often served as part of a drink and meal combo that involves soaking cubes of cheese in the caffeinated beverage. The result is called kaffeost, and it involves leipäjuusto (known somewhat adorably as "Finnish Squeaky Cheese" in the United States). This cheese is traditionally made from reindeer milk, and it has a bread-like quality of soaking up liquid. This unique food should definitely be on your list of things to try.

Writer Edith Zimmerman managed to find a cow's milk version of the cheese in the U.S. and described it, saying it's, "like mozzarella mixed with cheddar, but springier and sweeter." The final result of placing the cheese in coffee is somewhat like hot cocoa and marshmallows, and it's not just popular in Finland. You can find it in Norway, Sweden, and parts of Russia.

Traditionally, you consume it out of a wooden mug carved from a birch burl. Sippers will be rewarded with little cheese curds left in the bottom of their nearly-empty cup.

Cafe de olla is also known as Mexican spiced coffee, and it has traveled from its native land across the United States. It's even become a popular treat in some Starbucks locations. This is thanks to a manager named Eric Olson, who sampled the rich drink while on his honeymoon in Mexico. What makes the drink unique? Well, it's coffee simmered with cinnamon, cloves, chocolate, and a type of raw sugar called Piloncillo. The end result is a rich, indulgent, spicy drink.

Known as "egg coffee," ca phe trung combines two unlikely breakfast components — eggs and coffee — into a single, dessert-like dish. It begins by beating an egg yolk with sweetened condensed milk. After about 10 minutes, the concoction becomes a rich, frothy fluff. That sweet substance is poured into espresso, which can be hot or iced.

Nguyen Giang founded Cafe Giang in 1946, and that's where he invented egg coffee. Condensed milk was a popular coffee additive during the French War when Vietnam suffered a scarcity of fresh milk. That's when Nguyen Giang had the idea to use an egg as a milk substitute in his caffeinated beverage. The original recipe wasn't very popular. Over time, it was adapted to become less eggy and more rich and silky. It picked up popularity in the 1980s. Today, Nguyen's son Tri Hoa Nguyen keeps the tradition alive, and it has garnered plenty of imitations — the best form of flattery.

Spiced coffee is not all that unique. It makes appearances across the United States every winter as a "holiday" treat. But cafe touba, a drink popular in Senegal, is a spicy version that has more kick than most Americans would be familiar with.

Rather than adding spices to the coffee after it has brewed, this concoction combines cloves and ground-up pepper (specifically, the spicy African Kani pepper) to the ground coffee beans themselves. The result is a flavorful coffee drink that provides a kick and, local lore has it, aphrodisiac qualities.

No list of unique coffee experiences would be complete without a spiked entry. Karsk is no simple splash of whiskey, though. You start by placing a coin in the bottom of the cup and fill it with coffee until the coin is covered. Bear with us. This is not a lot of coffee. Next, you pour moonshine into the drink until the coin reappears. Simple enough, right?

Here's the thing: if you're using a cylindrical cup, the coin will never reappear. This means that you're essentially drinking a cup of straight moonshine with a splash of coffee. Talk about a wake-up call! Variations on Karsk call simply for half coffee, half moonshine, and some recipes use vodka instead of moonshine.

If your New Year's resolution is to see more of the world, you're in good company. There's never been a better time to explore America's heartland. And, your fellow countrymen 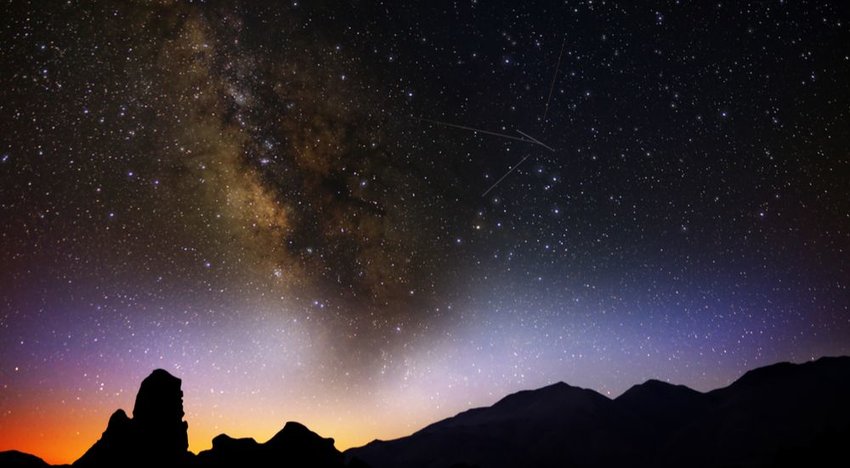 We know there are questions around travel amid the coronavirus (COVID-19) outbreak. Read our note here. Most save their exploring for sunny days, but there are unmatched scenes that can