The United States is famous for man-made wonders such as Mount Rushmore, the Empire State Building, the Statue of Liberty, and the Hoover Dam. From the east to the west, there are numerous reasons for America to be proud of its architectural feats. Yet, there are structures that invite nothing but disapproval and ridicule.

We're talking about the gaudy and gauche, the eyesores you see that make you wonder why anyone would pay to build them. Below, we reveal nine of the absolute ugliest buildings in the United States.

The six buildings of the Watergate Complex in the District of Columbia will always be linked to a political scandal that brought down an American president. However, that's not the only reason the building is famous; it has the distinction of being one of the ugliest buildings in the United States.

Luigi Moretti, then one of the most famous Italian Futurist architects in the world, designed the sprawling set of buildings. Three of the six are residential units, and some of their most famous residents have included Supreme Court justices, senators, and famous A-list actors.

At the time of their building, the 600 residential units in the complex were considered a hot commodity. Elizabeth Taylor had an apartment there in the building's heyday. Today, the curving, stacked structures seem oppressively outdated when juxtaposed against more contemporary architectural styles. In 1975, the Washington Post's architectural critic termed the Watergate the most tasteless building in America, with a design as appropriate as "a strip dancer performing at your grandmother’s funeral."

Many attribute Kaden Tower to the work of architectural genius Frank Lloyd Wright, though they were actually imagined by William Wesley Peters, Wright's son-in-law. However, its design appears strangely antithetical to the aesthetics of Wright's architecture. And — not surprisingly — many consider it a structural monstrosity.

While there are some who find its eccentric design attractive, many think Kaden Tower is an absolute blight on Louisville's suburban landscape. The skyscraper is actually a 15-story office complex that cost almost three million dollars to build in the 1960s.

Unfortunately, Peters didn't have quite the same touch as his famous father-in-law. Today, the local press equates Kaden Tower to a "Kleenex box," even going so far as to call it "an embarrassing architectural blunder."

The Compton Hill Water Tower is one of three water towers in St. Louis. It's located at Compton Hill Reservoir Park and is home to several popular recreational facilities.

However, the Compton Hill Water Tower is considered a structural eyesore. In its heyday, it was an innovative and functional work of engineering, impressing visitors at the World's Fair in 1904. However, from a purely aesthetic perspective, it resembles an unusual amalgamation of architectural styles that appear visually incongruent to the naked eye.

If you've ever thought that Las Vegas is home to the gaudiest buildings in the world, you aren't alone. Still, Neonopolis manages to stick out like a sore thumb in the City of Sin.

Thrillist once described the food and entertainment venue as an "ogre of a shopping center." In our estimation, that's a pretty accurate read of the building's 80s-gone-wrong design.

Most businesses at Neonopolis don't manage to stay open for very long. Could the building's hideous appearance have something to do with it?

Bland, circular, and totally uninspiring, there isn't much to say about this completely nondescript building. One could easily mistake it for a college dormitory — and be forgiven for doing so.

This infamous building gets points for its creative and non-conformist style. However, it scores low marks in the aesthetics department. The building was actually modeled after one of the company's medium market baskets at the behest of Dave Longaberger, the owner of the Longaberger Company.

In his memoir, Longaberger wrote that "Everyone opposed it, including local residents, bankers, and even employees. They were certain that I had gone off the deep end." However, Longaberger stood by his dream and the seven-story "Big Basket" with two 75-ton handles was the result.

In 2018, Ohio developer Steve Coons bought the iconic building for $1.2 million dollars. He completed renovations on it and now, the Longaberger building is back on the market.

"Puzzling" is one of the first words that come to mind when one gazes at the downright unappealing Oakley Headquarters building in Foothill Ranch, California.

It may fit in as a theatrical set for a Star Wars movie, but outside of that universe, this futuristic building with cones protruding from it looks like a high-security Galactic Republic prison on the planet Coruscant.

You're on vacation in Sacramento, California, and that's when you see it — a pyramid. Not just any pyramid, but The Ziggurat, a monstrous office building built to resemble the ziggurats of ancient Mesopotamia.

In September 2019, it was listed for sale for the first time in nearly two decades. Although some of its most loyal proponents consider it a treasure, we're left wondering who will buy this concrete monstrosity once California's Department of General Services vacates it?

Want to know what locals think about the Alamodome? Business Insider readers maintain that the building is one of the ugliest in America. One reader is certain that the Alamodome is "deeply, inscrutably ugly" and the "four gigantic pillars hoisting up the domed roof" make the structure look like an armadillo. Ouch.

To no avail, the City of San Antonio has spent millions of dollars over the years to host either an NFL (National Football League) or MLS (Major League Soccer) franchise at the Alamodome. Perhaps, its reputation as one of the "dumbest stadiums" in America may have something to do with the city's lack of success in its endeavors. 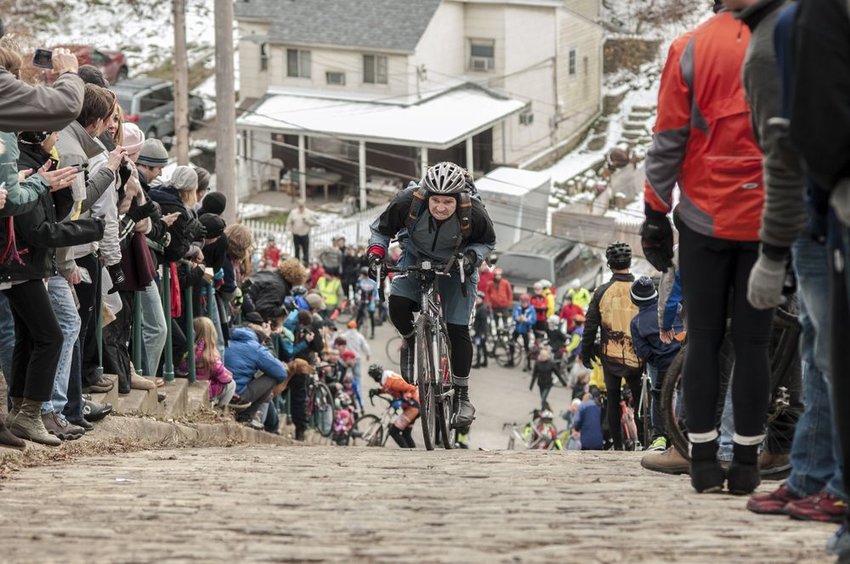 When you think of steep streets, does Lombard Street in San Francisco come to mind? If so, you're not alone. The street has eight hairpin turns, put in place in

Anyone with an interest in observing wildlife in its natural habitat is aware of the fabulous safaris in South Africa, opportunities to see bison in Yellowstone National Park, and the