Americans consume billions of tacos every single year. Although the history of this delicious, versatile street food is a little murky, one thing is for sure — there are so many incredible recipes to choose from, each with its own unique cultural origins. If you're planning a trip to Mexico, here are seven traditional tacos you should definitely try.

Tacos al pastor can be found at just about every Mexican taqueria. These delicious treats are made by slow-roasting marinated pork on a spit until it becomes crispy and flavorful. The chef will then carve off thin slices of the pork, top it with cilantro, sliced onion, salsa, and pineapple, and wrap it all in a warm corn tortilla.

Interestingly, this popular taco actually has its origins in Lebanese cooking. It was invented by Lebanese immigrants living in Puebla, Mexico, during the 1930s. In its early stages it was similar to shawarma, and was called tacos árabes. While the cooking method was the same — meat cooked on a spit until tender — tacos árabes used lamb rather than pork, and wrapped everything up in a flour tortilla. However, lamb was eventually replaced by marinated pork, and modern tacos al pastor were born.

Traditionally, barbacoa is made by slow cooking an entire goat or sheep in an underground oven. Barbacoa tacos are incredibly popular throughout Mexico City, and the majority of them are made by people from the small town of Capulhuac.

However, barbacoa comes in almost infinite varieties depending on where you are. In northern Mexico you'll frequently find beef head barbacoa, while southern areas such as Campeche may favor various types of pork barbacoa. You may also find veal or chicken barbacoa — each with different types of marinades. Barbacoa taco toppings may be as simple as salsa verde, or as unexpected as spinach, mushrooms, bell pepper, and zucchini. No matter where in Mexico you visit, it's worth trying out any type of barbacoa the neighborhood has to offer.

If you spent the night celebrating, consider starting the next day with a birria taco for breakfast or early lunch. Often considered a great hangover cure, birria tacos are made with lamb, chicken, beef, pork, or — traditionally — goat. The meat is heavily seasoned with adobo spices, and is served alongside various salsas, fresh onions, cabbage, lime, and cilantro.

This flavorful dish originated in the Mexican state of Jalisco, in the city of Cocula. The use of goat meat in Mexican cuisine can be traced back to approximately the 16th century, when colonizers from Spain and Portugal first brought the animal to Mexico. The goats were excellent at surviving in these new conditions, and could soon be found throughout the country in all sorts of different dishes.

Although Tex-Mex tacos have become incredibly popular throughout the U.S., many popular Mexican varieties haven't made their way into everyday U.S. fare — so it's worth looking out for them in order to try something that might not have been on your radar before your trip.

One meal that you should definitely take the time to try is tacos de cabeza, which literally translates to "head tacos." This dish is particularly popular in Bajío, Sonora, and Mexico City. It consists of shredded meat from a steamed cow's head, topped with salsa, cilantro, and fresh onions. You can often choose the type of meat you'd like — common options are brains, tongue, or ear meat.

Although the idea of "head tacos" may give some people pause, meat from a cow's head is actually incredibly tender. This is because it's a particularly fatty area, meaning that it practically melts in your mouth when it's been braised — definitely worth a try.

Can't decide what type of meat you'd like to try? Good news — with tacos campechanos, there's no need for you to choose. This street taco is fairly unique, as it is one of the only options that combines multiple meats into a single dish. Tacos campechanos are most commonly served with chicharrón, sausage, and grilled beef. This dish is particularly popular in Mexico City, and is packed full of color and flavor. It's a great option for those days when you just don't want to choose.

Crickets as a food source have been making international headlines in the past few years, but their existence in the culinary world is actually nothing new. Currently, their popularity is due to the fact that they are a cheap, environmentally friendly source of protein — ideal for the world's growing population. In fact, their popularity is surging so much that a Global Market Insights report predicts the market will be higher than $50 million by 2023 in the U.S. alone.

In Mexico, a popular cricket dish is chapulines. These fried crickets are generally cooked with garlic, chilis, and lime juice. Their flavor is often described as yeasty and somewhat salty, similar to salt and vinegar potato chips. The dish is particularly popular in Oaxaca — the crickets are a seasonal dish, as they collected during tiempos de agua (the summer rainy season).

When eaten in tacos, chapulines are often served with guacamole, onions, and green salsa, all wrapped in a warm corn tortilla.

No trip to Mexico would be complete without grabbing a carne asada taco. Translating to "grilled meat," carne asada is one of those simple dishes that just can't be improved upon. It is often considered to be the first taco in history, and has its origins several hundred years ago, when cattle first became widespread across the Americas.

Traditionally, carne asada consists of beef that is very thinly sliced. This is because cow meat used to be significantly tougher, as cattle were much skinnier. The only way to improve the taste of the meat was to grill thin slices of it until they were crispy and charred.

Carne asada tacos are usually topped with lime, fresh onions, guacamole, and chili peppers. While you'll find different styles depending on the region you visit, you can always be sure of one thing — this classic taco will leave you feeling full and satisfied.

One marker of a great city is the ability for people to move around with ease. Public transportation is a key component to the success of a modern-day city, and 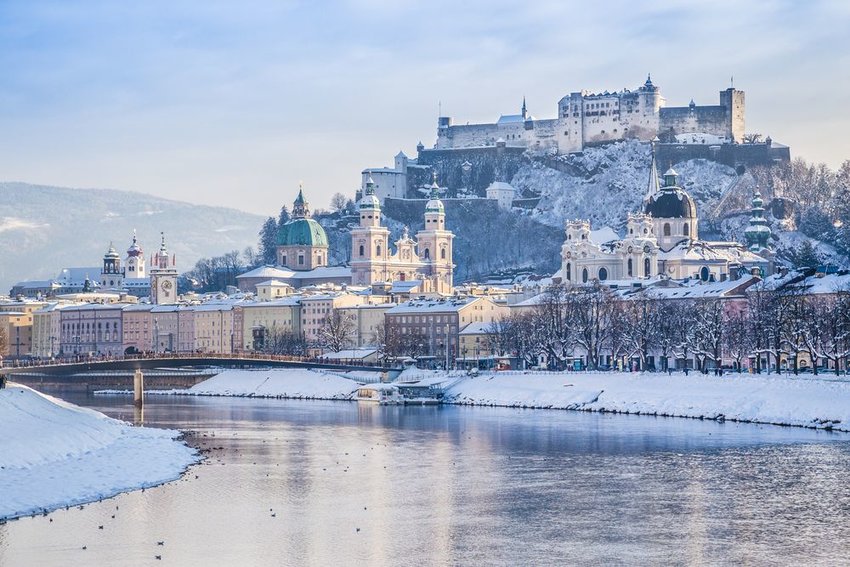 Why is Salzburg so beloved? Dig into all the city has to offer, and you'll quickly see. From medieval architecture to music festivals, here are just five of the reasons