Some of these traditions have historical roots while others are born from what we've seen on the big screen. Participating in the traditions could be an item on your bucket list or an opportunity for the perfect picture. Whatever your reasons, these are nine great ways to make a lasting memory.

Kiss the Blarney Stone in Ireland

This famous stone sits within Blarney Castle in County Cork, Ireland. And while people have been laying their lips on this stone for over 200 years, no one knows its true origins. According to the official Blarney Castle website, the prophet Jeremiah may have brought it to Ireland. Or it could be the Stone of Destiny that helped determine who would be the next king. Or it might be a stone brought back from the Crusades. Whatever its origins, it's still one of the most popular tourist attractions in Ireland. Tradition has it that kissing the stone will give you the gift of eloquence.

Truly Tokyo calls Sensoji Temple the heart of Tokyo. It's a five-story Buddhist temple and the oldest in Tokyo, according to Go Tokyo. It was originally built in 628 and rebuilt after its destruction during WWII. Today, you'll find the courtyard in front of the temple packed with small stalls selling souvenirs and tasty treats. Take a moment out of the hustle and bustle of the area to light some incense offered by the vendors. It's a tradition to waft the smoke over your body. The legend says the smoke will cure you of any illness.

Catch a Fish at Pike's Place Market in Seattle

Pike's Place Market has been the center of Seattle culture for decades. It's one of the city's most well-known and beloved landmarks. Thousands of tourists go to the market each day in the summer months, according to the Seattle Times. The fresh fruit and flowers, funky art, and delicious eateries draw them there. But the biggest attraction is the fish market. Fish vendors put on a show throughout the day as they toss giant freshly caught fish back and forth to each other. Tourists traditionally get in on the action by trying to catch a fish themselves. Want to take your fish home? They'll ship anywhere in the world.

Take a Gondola Ride Under the Rialto Bridge in Venice

Taking a gondola ride through the canals of Venice might be the height of Italian romance. Europe for Visitors cautions that the rides aren't for the faint-of-heart, though. It's not that the rides themselves are scary, but that the prices might make your heart race. If you can spare the cash, punting down the canals and passing under the Rialto Bridge is a moment you'll remember for a lifetime. That's probably worth the inflated costs.

Whisper to Each Other at St. Paul's Cathedral in London

It may not be one of the world's largest churches, but St. Paul's Cathedral is a sight to behold on the banks of the Thames in London. Built in 1708, visitors to the elevated walkway around the dome noticed a strange phenomenon. The dome was so perfectly made that someone standing on the side of it could whisper to someone standing on the opposite side and be clearly heard. That's how the space earned the name "The Whispering Gallery." It's now a tradition for visitors to climb the steps to the gallery and send their softly spoken sound waves across to each other.

This is a tradition that comes to us from pop culture instead of through history. It's an iconic movie scene: the parted lovers reunited at the top of the Empire State Building. Entertainment Weekly points out that we've seen it in Sleepless in Seattle, An Affair to Remember, and even in the hit TV show Gossip Girl. So now you can visit the famous building and create your own movie magic moment. You'll just have to buy a ticket and wait in line for the observation deck first.

Pretend to Hold up the Leaning Tower of Pisa in Italy

The Telegraph named Pisa one of the places in Europe you need to visit in your lifetime. And when you get there, it's tough to resist taking the same photograph we've all seen a thousand times before. There is no photo opportunity in the world more traditional than the one in front of the Leaning Tower of Pisa. When you visit the site, you'll find hundreds of your fellow tourists all trying to take the same shot. Using forced perspective, you can either look like you are holding up or take the rebellious route and appear to be pushing it over.

Make a Wish at the Trevi Fountain in Rome

The Trevi Fountain in Rome is an incredible sight. The fountain is almost 50 meters wide. There are dozens of statues of different Roman gods lounging about as water pours over the carved horses and marble base. It's a tradition to toss a coin into the fountain for good luck and a guarantee that you'll return to that spot someday.

Kiss Under the Eiffel Tower in Paris

It's the most romantic tradition of all! Millions of visitors flock to Paris every year seeking romance. It's one of the reasons it's an essential city to visit in Europe. And you'll find the epicenter of romance under the Eiffel Tower. Locals hated the tower when it was originally built, but it's become the ultimate symbol of Paris. It's now a tradition to kiss your honey at the Eiffel Tower to bring your romance good luck. 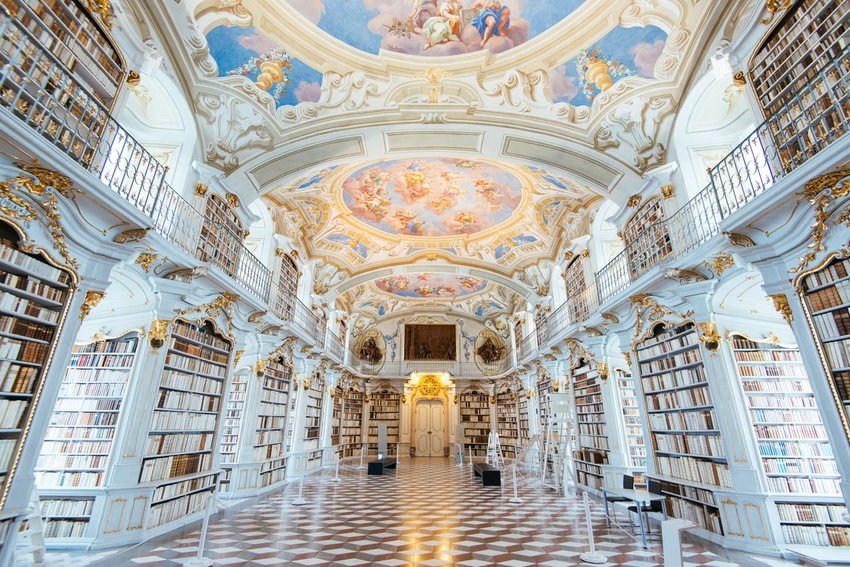 Libraries always seem to have a slightly magical atmosphere. They're quiet and peaceful, as well as being excellent community hubs. But have you ever been to a library that was 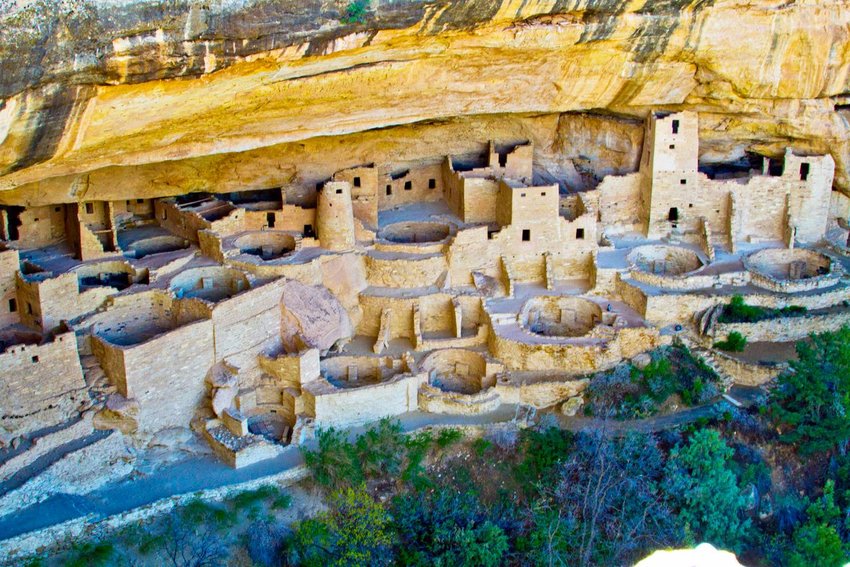 In 1872, congress voted to establish the first national park in Yellowstone, according to the National Parks Service. And while Yellowstone is still one of the most popular parks for