Tattoos have exploded in popularity in recent years across the western world. A 2015 poll found that one-fifth of the British population had at least one tattoo and that percentage rose to 30% for 25 to 39-year-olds. Similarly, a U.S. poll found that 29% of Americans had a tattoo. Of course, for many cultures around the world, tattooing isn't a recent phenomenon. There are traditional tattoo styles that are firmly placed in the cultural roots of many different communities. These six traditional tattoo styles from around the world illustrate the varied approaches to getting inked.

The exact origins of Thai bamboo tattoos are unknown, but it's possible they originated in Cambodia. The practice dates back more than 3,000 years and it's believed to have started as a religious practice. Buddhist monks living in Thai temples would have ancient scripts engraved onto their bodies. They believed that this practice would bring them protection and prevent knives and arrows from piercing their skin. This was an especially important practice for those heading into battle.

Today, Buddhist temples remain a popular location for these traditional tattoos and many travelers have receiving a symbol of this ancient practice on their bucket list. Traditionally, monks will choose the location and the script based on the person's aura and they do the work in exchange for offerings like incense, flowers, and cigarettes. Of course, modern iterations often have visitors choosing their own designs and paying for the pleasure of being repeatedly stuck by needles adhered to the end of a bamboo stick. The process takes considerably longer than a tattoo gun and it requires a very steady hand from a trained artist to do well.

The Māori are the indigenous people of New Zealand and are known for their distinctive and meaningful tattoo practice called Ta Moko. Traditionally, Ta Moko was reserved solely for the face, but the designs have been extended to include all areas of the body and are referred to as Kirituhi, which means "skin art."

The practice is considered a sacred ritual and the tattoos are unique to each individual bearer. The tattoos are symbolic of an individual's life with references to his or her familial history, tribal affiliations, status within the community, and life achievements. The markings of the Ta Moko are a source of deep pride for the Māori people. Each tattoo is created using a series of chisels — some are serrated and some are straight-edged. The chisels are traditionally made of natural materials like albatross bone. While modern practices often replace these tools with machine versions, there has been a resurgence of the traditional options and the results are a permanent impression on the skin with a textured feel.

Another indigenous practice with a resurgence is the skin stitch, a practice with cultural roots in Native American and First Nation populations across the Pacific Northwest, Canada, and Alaska. The practice is centuries old, but it was banned by missionaries in the 19th century. The reclamation of an ancient practice that was displaced alongside the colonized communities is representative of respect and resilience for the people who practice the art today.

Skin stitching, as the name suggests, is a lot like sewing. Individual stitches are carefully woven into the skin. While many modern-day tattooing practices are marked by loud machines, skin stitching is an intimate practice that is based on trust, quiet, and reflection. The discussion between the artist and the recipient is as much a part of the process as the finished piece itself.

The literal translation for Tebori is "hand-carved" and that's exactly what this Japanese practice is. The ancient art is trying to maintain a presence in the face of faster, modern tattooing practices. The primary marker of Tebori is its simplicity. Armed with only a single needle-tipped stick and the ink required to produce the tattoo, Tebori artists are masters of their craft. Traditionally, they also exert a large amount of creative control over their final products and often refuse to create any images that aren't their own preference.

While the art form is less common than other tattooing practices, many travelers will go thousands of miles to get a tattoo in this traditional fashion. While the process might be more painful, fans of the work consider the finished results more vibrant and meaningful.

Legend says that the practice of Tatau was created by two sisters who traveled from Fiji with the tools and knowledge to etch the tattoos onto recipients' skin. The women also chanted a song that said only women were to receive the tattoos, but the translation was misunderstood and the practice became strictly for men.

Tatau is deeply steeped in cultural significance with symbols determined by rank, status, and birth order. Young chiefs usually received tattoos around the time of puberty and the event is a time of celebration (and often raucous partying) as the young man rises to maturity. Today, the practice remains connected to growing up and many young men receive the Pe'a tattoo from their mid-torso to their knees. The practice has withstood colonization. Although missionaries who were disturbed by the loud celebration that went along with the practice tried to ban it during the 18th and 19th centuries, this strong point of cultural pride and significance has managed to keep hold.

These tattoos are magical. At least, that's the traditional belief behind them for the Cambodians who still cover their bodies in these ancient symbols of strength and protection. While the number of artists trained to provide Sak Yant tattoos dwindles, those who truly practice the art take it very seriously. "I meditate every day," artist Teven Say said. "When I tattoo, I recite a secret mantra I learned from a hermit in the jungle." It is believed that these rituals are necessary to provide the magical properties of the tattoos.

In addition to the rituals, the actual look of the tattoos themselves harkens back to their historical significance. Traditionally, the tattoos are written in Khmer, the primary language of Cambodia. Like many of the traditional forms on this list, Sak Yant's modern-day existence is a symbol of resilience in the face of political strife and colonialism. Outlawed by royal decree in 1920, it became a dangerous practice, and practitioners were killed during the Khmer Rouge genocide and civil war. Today, the work of bringing back this tradition is a symbol of survival and a source of cultural pride. 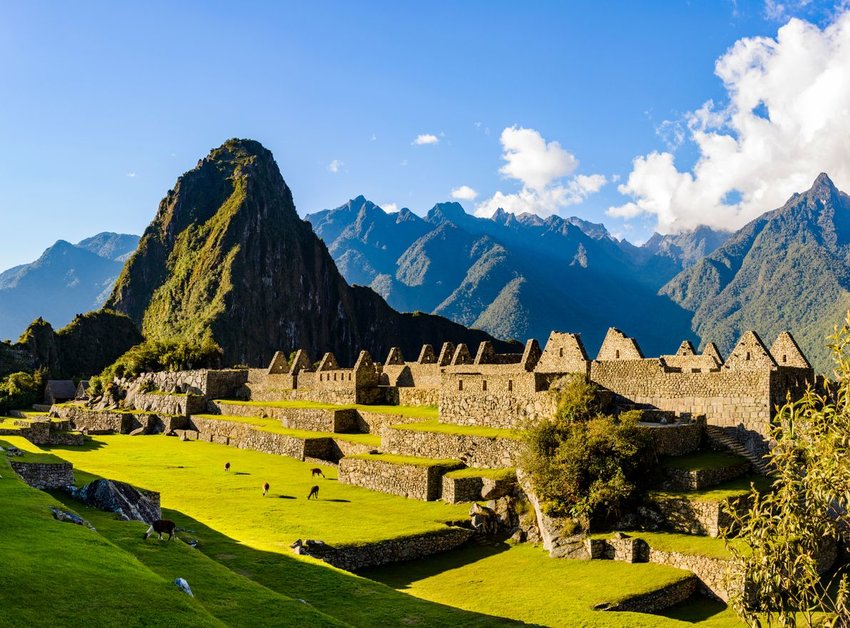 Think you know everything there is to know about this UNESCO World Heritage Site? Here are 10 things you never knew about Machu Picchu.

We know there are questions around travel amid the coronavirus (COVID-19) outbreak. Read our note here. If you spend most of your day behind a computer screen, you probably relish