It's only natural to build up an idea in your mind of how massive and magnificent certain legendary attractions are. But if you're a world traveler, you might be familiar with that feeling of, "Oh ... is that it?" Here are five tourist attractions that are much smaller than you think.

You've seen images of Stonehenge in a sprawling green meadow with expansive starry skies above. Perhaps it was the fisheye lens that deceived you, but did you know that the standing monoliths are only 13 feet tall? We're not saying we aren't impressed by the assembly of it all. The mystery of how an ancient society accomplished the construction still lingers. But 13 feet tall? When tourists overtake this man-made wonder of the world to see the sunset in the central circle, the whole place can seem a bit smaller than you may have imagined.

Residing at the Louvre, the Mona Lisa is one of Leonardo da Vinci's most famous works and a world treasure. While a current assessment doesn't exist, people estimate that her current value is anywhere from $800 million to $2.67 billion. So if you've ever been to the Louvre, you were probably a bit surprised to see how small this famous painting really is. The Mona Lisa is only 30 inches by 21 inches. That's less than three feet by two feet. With the massive crowd that is sure to be surrounding her, the painting will seem even smaller.

Right along side the Great Pyramid of Giza is the Sphinx and the other well-known pyramids. They're all massive, right? Well, the pyramids certainly are. There are three pyramids in the complex for the pharaohs Khufu, Khafre, and Menkaure. They stand at 481 feet tall, 471 feet tall, and 218 feet tall, respectively. In comparison, the Sphinx stands only 66 feet tall. That's just over six stories. Next to the pyramids, the Sphinx looks like a little kitty.

You've seen the images of this towering statue of Jesus atop a mountain that overlooks Rio de Janeiro. Christ the Redeemer seems to stand in command over the city as well as the jungle and the sea. But if you go to Rio de Janeiro and climb up Corcovado Mountain, you might be surprised to find the statue of Christ is only 98 feet (or 30 meters) tall. That's not to say that's not a big statue. However, in the pictures you've seen on the internet, he looks so much larger. For the sake of comparison, Christ the Redeemer is about one-tenth the size of the Eiffel Tower and two-thirds the size of the Statue of Liberty. When you take a selfie with this famous depiction of Christ, the statue won't seem that big standing behind you.

The pictures you've seen of Mount Rushmore probably make it seem as if these four U.S. presidential faces take up an entire cliffside. Instead, they comprise a small section of it. George Washington, Thomas Jefferson, Theodore Roosevelt, and Abraham Lincoln are memorialized on this mountainside, and that's a striking feat. But their faces are only 60 feet tall. While that's clearly a lot larger than an actual human face, it still appears as a small fraction of the hillside when you see it in person. 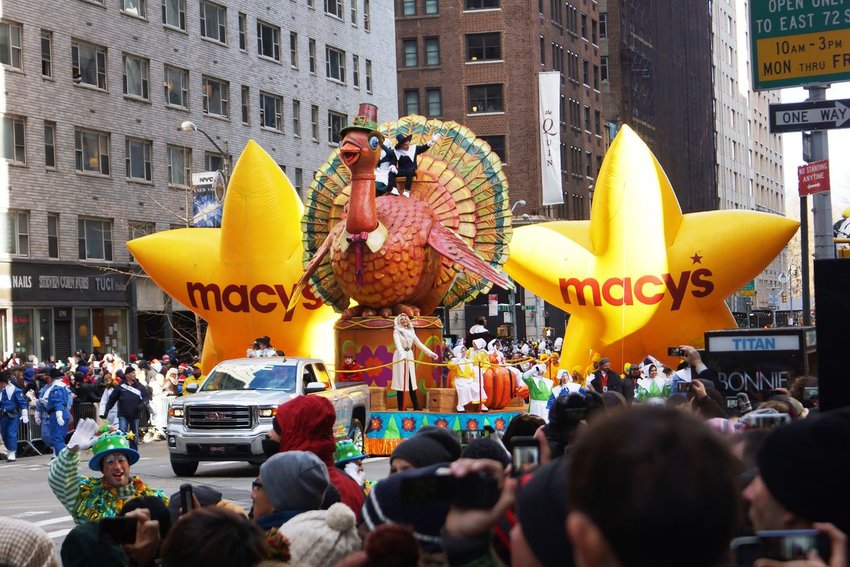 The U.S. has celebrated Thanksgiving for almost 400 years, giving each city, town, community, and family ample time to develop their own traditions and unique holiday activities. For many,