It's easy to forget that less than 100 years ago there weren't highways connecting one side of the nation to the other. That's why U.S. Highway 66 (or Route 66, as you probably know it) was such a big deal. Stretching over 2,000 miles from Chicago to Los Angeles, this east to west highway became essential infrastructure for the nation. So if you're planning a road trip on Route 66, we've compiled a list of things you need to see along the way.

Locals proudly refer to Grant Park as the "front lawn of Chicago." Aside from being a beautiful and expansive park, it is also the starting — or ending — point of Route 66. Look for the "End Historic Route 66" sign at the intersection of Jackson Boulevard and Michigan Avenue. Aside from snapping a photo at the sign, this 313-acre park has lots to explore and historical sites to visit. The Museum Campus, with the Field Museum of Natural History, the Shedd Aquarium, and the Adler Planetarium are all at Grant Park. Plus you can stroll through Millennium Park and so much more.

If you're into the Guinness Book of World Records, you'll be pleased to come across the world's largest covered wagon along Route 66 in Illinois. This 24-foot tall wagon serves as a bench for a huge statue of Abraham Lincoln, who happens to be reading a law book. Both Lincoln and this rail-splitter wagon were built in 2001. If roadside attractions are your favorite part of any trip, check out these other famous attractions across the United States.

Visit days past by stopping for a movie at the 66 Drive-In theatre in Carthage, Missouri. In the 1950s, there were more than 4,000 drive-in movie theaters around the country. Sadly, there were only 350 left by 2018. So, depending on where you are embarking from, going to a drive-in might be quite the novelty. At 66 Drive-In, you can buy concessions from an Art Deco era concessions stand, snap a selfie next to the original neon sign, and enjoy two movies for the price of one.

Cuba, Missouri, is often called Mural City because its famed amount of murals and it's historic location along Route 66. It's worth stopping in Cuba to see the Civil War murals, murals depicting interactions between Native Americans and European settlers, and murals celebrating the iconic Route 66. If you're planning a road trip through Mural City, make sure you check out their yearly events. That way you can schedule your trip around one of Cuba's festivals.

If you've ever dreamed of looking up at a giant bottle of milk towering high into the sky, now your dreams can come true. This epic milk bottle stands on top of a triangular building that was once a grocery store.

It might not look like much, but the Williams' Store is one of the oldest, continuously operating stores on Route 66. Leo and Lora Williams opened the store in 1925. For decades after that, the Williams' store has been a stop for weary travelers needing a snack or other goods.

"...The one-story red brick building has changed little over its 80+ years of operation, still retaining the glass-enclosed porch, the wooden shelves, the rear deli counter, and the interior pressed-tin ceiling." - The National Park Service

If the giant milk bottle or world's largest covered wagon didn't tip you off, Route 66 is full of unique sites and stops. Cadillac Ranch in Amarillo is no exception. Make sure you bring a can of spray paint because, at this unique location, you will find 10 Cadillacs in a row and buried nose down in the dirt. Each one is covered with an array of spray-paint from all the tourists that came before you. Leave your mark and see this one-of-a-kind attraction.

History buffs will love stopping at the San Miguel Chapel in Santa Fe, New Mexico. It is generally considered the oldest church in the country, or at least one of the oldest ones on record. The historic building predates any churches built on the east coast and was built under the direction of Franciscan friars by Tlaxcalan Indians as early as 1609 or 1610. San Miguel Chapel has been rebuilt and restored a few times in the last few centuries. However, art history fans and the faithful alike will still be in awe of historic reredos, or altar screens, that are some of the oldest in the state. New Mexico has some of the best weather in September, so make sure you visit once the weather starts to cool down.

Forget that wigwams and teepees are two completely different things — Wigwam Village Motel gives you the chance to sleep in a teepee made of concrete and steel. Wigwam Village Motel might not be an authentic Native American experience, but it sure is an authentic Route 66 experience. Where else in this great nation do you have the opportunity to stay overnight in a teepee, check out historic cars, and buy some Route 66 memorabilia at the same time?

You've driven the country from one end to the other. Now you must finish up at Santa Monica Pier. If you travel along Route 66 and make it to sunny California, you've done what many of our countrymen and women did during the Dust Bowl. 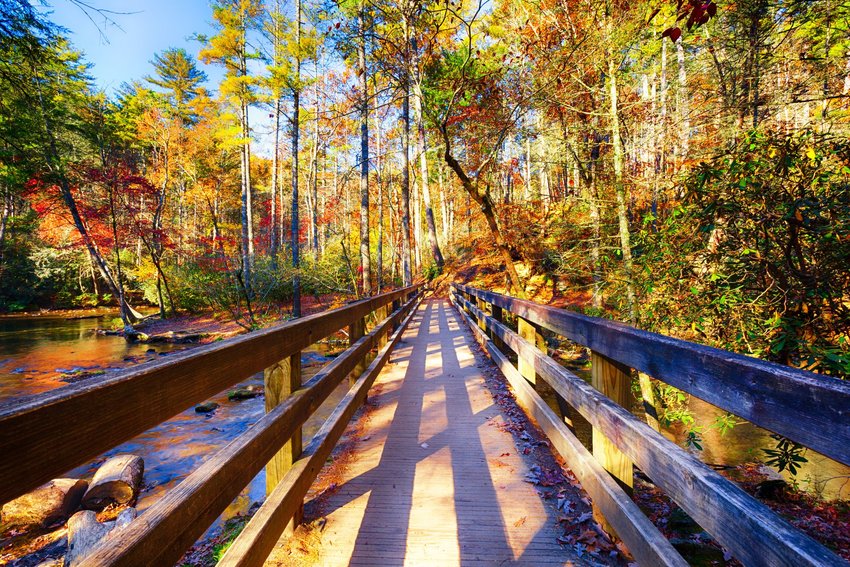 Often overshadowed by neighboring New York, New Jersey doesn't get the attention it deserves from travelers. Residents of New Jersey and nearby states have spent summers at the shore and