The Rocky Mountains are a mountain range in Western North America known for spectacular scenery, incredible hiking opportunities and powdery snow. You could spend a lifetime exploring the jagged peaks and tiny towns in the Rocky Mountains. Whether you’re planning a trip to the Rockies or are just curious about this majestic range, here are five things you didn’t know about the Rocky Mountains.

Stretching 3,000 miles from the northern reaches of British Columbia, to the American Southwest in New Mexico, the Rocky Mountains form the longest mountain range in North America, but this massive range is actually made up of more than 100 smaller mountain ranges, including the Beartooth Mountains, the Tetons, the Big Horn Mountains, the Front Range, the Wasatch Mountains and the Bitterroot Range. The Rockies are divided into four main sections—the Canadian and Northern Rockies, the Middle Rockies, the Southern Rockies and the Colorado Plateau, but they all share similar physiological and geological attributes.

The Highest Peak in the Rockies Is Mt. Elbert at 14,440 Feet

The highest peak in the Rocky Mountains is the second highest peak in the contiguous United States (the first is Mt. Whitney in California). Mt. Elbert is located in the San Isabel National Forest near Leadville, Colorado, and is also part of the smaller Sawatch Range. There are three main routes to ascend Mt. Elbert, none of which require technical rock climbing or specialist mountaineering skills. Of the 100 highest peaks in the Rocky Mountains, all but 22 are located in Colorado.

The Rocky Mountains Are Part of Several National Park Systems

Rocky Mountain National Park may be the most famous national park in the Rockies, but there are several others worth exploring. The list includes Banf, Jasper, Kootenay and Waterton Lakes National Park in Canada, and Grand Teton, Yellowstone, Glacier and Great Sand Dunes National Park in the United States. All of these parks are open year-round for recreational purposes, which include hiking, rock climbing, camping, paddling, skiing and snowshoeing. There are also thousands of acres of protected land throughout the Rocky Mountains, including provincial parks, state parks, national forests and national monuments.

The incredible Trail Ridge Road runs 48 miles through Rocky Mountain National Park, between Grand Lake and Estes Park in Colorado. Peaking at 12,183 feet, this magnificent “highway in the sky” was completed in 1933 after four years of construction. Much of the road travels above the tree line in the alpine tundra, providing incredible, sweeping views of the surrounding mountains. Pikas, marmots, elk and bighorn sheep are commonly seen in the alpine meadows along the road, and there are more than 200 species of tiny alpine plants that can be enjoyed from nearby hiking and nature trails. 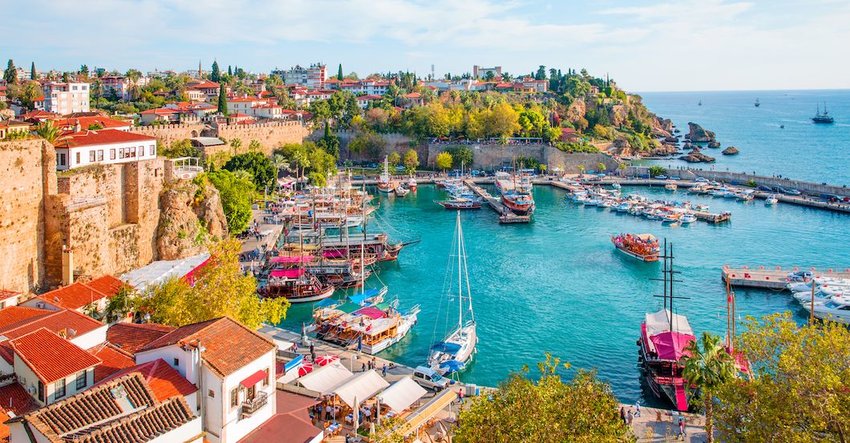 The world is a big place with lots of hidden treasures for keen tourists. But there are some spots that vacationers return to year after year. Here are the most popular destinations of 2018.

These are not tiny island getaways dotted with a handful of all-inclusive resorts. These are the five largest islands in the world.