Skyscrapers dominate the skyline of cities all around the world. Their intimidating heights and glossy exteriors practically scream urban sophistication and commerce. The first skyscraper in the world was the Home Insurance Building in Chicago. Built between the years 1884 and 1885, it was a mere 10 stories high. That was a big deal back in the 19th century. But this is nothing compared to the towering behemoths we have today. These are the 10 tallest buildings in the U.S.

Located in Los Angeles, the Wilshire Grand Center stands a staggering 1,099 feet tall. The space inside is designated for a variety of purposes. For example, the Wilshire has an observation deck, stores, a hotel and office space. It’s the tallest building west of the Mississippi River and has 73 floors.

Comcast Technology Center stands 1,121 feet tall, and is the ninth largest building in the U.S. The building is located in Philadelphia, Pennsylvania, and is 60 stories high. Inside the towering building you’ll find plush hotel rooms, stores, TV studios and office spaces.

The John Hancock Center in Chicago, Illinois, comes in at number eight. It stands 1,128 feet tall and, as Forbes reports, “is one of the world’s first mixed-use tall building projects.” Completed in 1976, the John Hancock Center has a residential section on top of the office space portion. The 44th floor includes a private grocery store, library, kitchens, a fitness center, party rooms, communal lounges and an indoor pool.

Aon Center, a skyscraper in Chicago,  stands 1,136 tall and was completed in 1973. When the building was first built, it was covered in Italian Carrara marble. In the early 1990s, the marble was removed and replaced with white granite. The building’s nickname is “Big Stan,” since its original name was the Standard Oil Building.

The Bank of America tower is the sixth tallest building in the U.S. Completed in 2009, the building stands 1,200 feet tall. It’s located on Sixth Avenue between 42nd and 43rd Street. Popular Science once called it the “Most Ambitious Eco-Friendly SkyScraper.” It even features waterless urinals, saving three million gallons of water each year.

The iconic Empire State Building, the fifth tallest building in the U.S., stands 1,250 feet high and has 103 floors. Construction was completed in the year 1931. The Empire State Building has been featured in several movies over the years including An Affair to Remember, Sleepless in Seattle and Elf. On Valentine’s Day, couples who get married on the 80th floor become members of the Empire State Wedding Club. Each time their wedding anniversary rolls around, they receive free admission to the building’s observatory.

The Trump International Hotel and Tower in Chicago is 1,389 feet tall. The building is often referred to as “Trump Tower” or “Trump Tower Chicago.” Located downtown, it’s a condominium-hotel that was originally designed to be taller than than the current 1,389 feet. But after the World Trade Center attacks, the architects decided to scale down the project. The building boasts 92 floors and was completed in 2009.

According to its website, 423 Park Avenue is the “tallest residential tower in the western hemisphere.” But it’s only the third tallest building in the U.S. It stands 1,396 feet tall with 96 floors and 104 condominium apartments. The condos don’t come cheap. If you plan to enjoy the spectacular view, be ready to cough up around $39,500,000 for a three-bedroom.

Willis Tower in Chicago is the second largest building in the U.S. It was once called the Sears Tower, as it was owned by the Sears Roebuck and Company. Completed in 1973, this spectacular building soars above all the rest in the Chicago skyline. The concrete used to make it could have helped construct an eight-lane highway that stretched five miles.

Coming in at number one, the One World Trade Center in New York City is the tallest building in the U.S. Majestically rising 1,776 feet into the sky, it has 104 floors and offers stunning views of Manhattan. The building was completed in 2014 and is the sixth largest building on the planet. 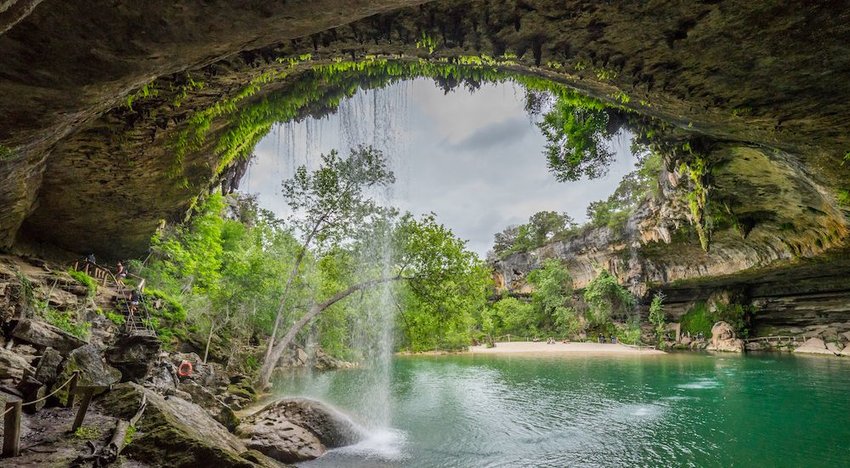 Take a dip and bask in stunning scenery at any of these secluded swimming holes in the U.S. 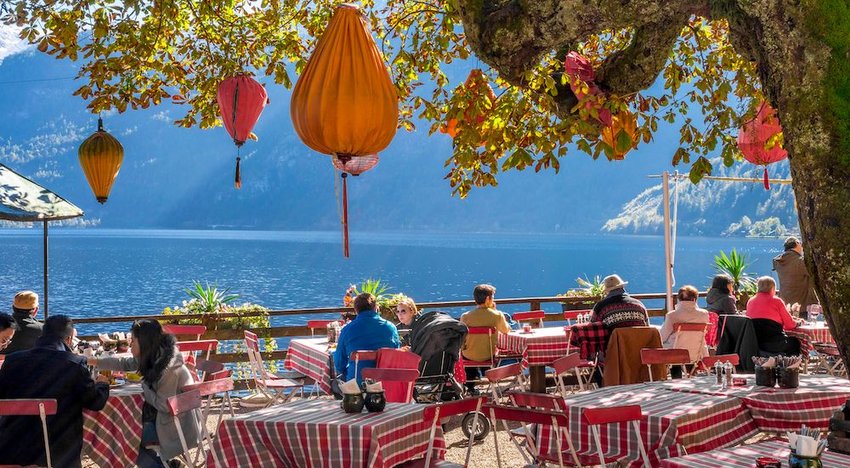 What country do you think drinks the most beer? The top ones might surprise you.