How much do you know about the Great Lakes State? Here are nine things we bet you didn't know about Michigan.

Michigan's status as the Wolverine State even extends to its sports teams — the University of Michigan's football team carries the Wolverine name with pride. However, there are actually no wolverines to be found anywhere in the state, except for a few in Ann Arbor. In fact, there are only 250 to 300 wolverines living in the lower 48 states.

The rural town of Colon draws magicians and performers from all over the globe — it's even known as the "Magic Capital of the World." Colon started gaining this reputation in the 1920s, when a famous magician named Harry Blackstone began performing there. He liked it so much that he invited another magician friend, Percy Abbott, to come visit. Abbott settled down there and formed Abbott's Magic Company, which went on to become the world's largest manufacturer of magic supplies.

Founded in 1817, the University of Michigan is one of the oldest in the country. It was built on land that was ceded to Michigan by three indigenous tribes: the Ojibwe, the Odawa, and the Bodewadimi. These tribes gave the land with the belief that some of their children would be allowed to attend the university. This was never allowed, however, and the tribes didn't get to benefit from the university in any way after it was built. In the 1990s, a group of students from the university campaigned to have a memorial built in honor of the indigenous groups who originally enabled the university to open its doors.

It Is Home to One of the World's Longest Suspension Bridges

Michigan's Mackinac Bridge — which connects the state's upper and lower peninsulas — is the longest suspension bridge in the western hemisphere, and the third longest in the world. It is topped only by Japan's Akashi Kaikyo Bridge and Denmark's Great Belt Bridge.

This bridge stretches about five miles, including the approaches on either side. The actual suspended roadway measures 7,400 feet.

It Is Home to the World's Only Floating Post Office

Did you know that Michigan has the only floating post office in the world? This vessel, called the J.W. Westcott II, has been delivering mail to other ships for over 140 years. During the 1950s, the ship delivered approximately one million pieces of mail per season. Although that number has decreased, the J.W. Westcott II continues to deliver maritime mail all year long.

There's a LOT of Water

In case the floating post office didn't give it away, Michigan is home to a fair amount of water. In fact, once you set foot in the state, you're never more than 85 miles away from a Great Lake. Michigan also has 3,288 miles of Great Lake shoreline, over 11,000 inland lakes, and upwards of 400 private marinas.

It Has the World's Only International Underwater Tunnel

The Detroit-Windsor Tunnel, which opened in 1930, exists under the Detroit River and connects the cities of Detroit, Michigan, and Windsor, Ontario. Over four million vehicles drive through this tunnel every year. It has about four acres of roadway, and an incredibly complex ventilation system.

Back before flying was an everyday occurrence, the country's first regularly scheduled airline service began in Michigan. This service started on July 31, 1926, and offered trips between Detroit and Grand Rapids. By the 1940s, Grand Rapids was one of just six U.S. cities with scheduled air service in all directions.

The Country's First Soda Was Made in Detroit

One of the oldest soft drinks in the country is Vernor's Ginger Ale, which was created and sold by pharmacist James Vernor. Vernor started marketing this drink to the public in 1866. He had been attempting to create a medicinal tonic composed of ginger, vanilla, and other spices, which he hoped would help cure an upset stomach.

For many years, people could only purchase this new drink at Vernor's Detroit-based soda fountain. Even when he began selling the ginger ale to other vendors, Vernor kept a close eye on quality control to ensure that the drink lived up to its reputation. Although the Vernor family eventually sold the company in 1966, Vernor's lives on as an incredibly popular drink. 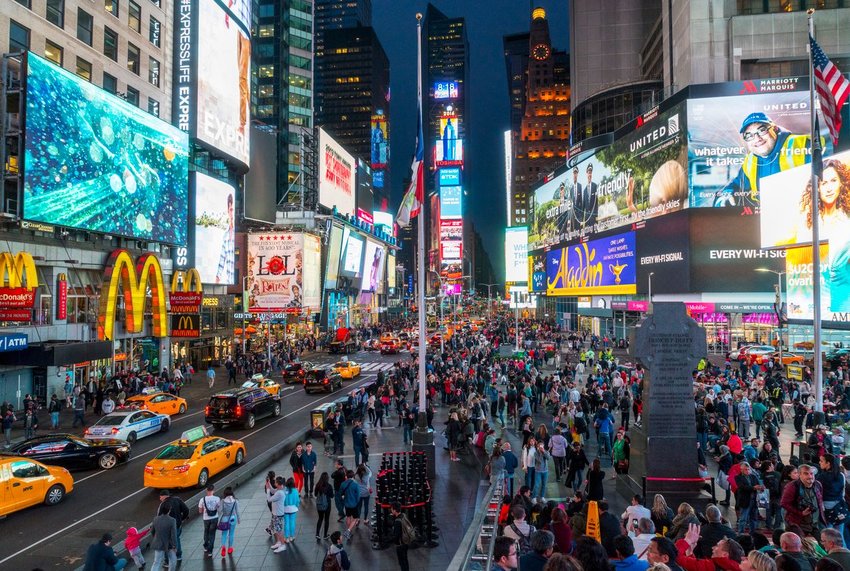 We know there are questions around travel amid the coronavirus (COVID-19) outbreak. Read our note here. Many cities and neighborhoods in the United States have been graded according to their

When we talk about taking a vacation, summer gets most of the attention. But traveling in January — once the holidays are over and people are getting back to normal — can