With its breathtaking vistas and energetic cities, Colorado is a magical place to visit or to live. The Mile High City of Denver is a bustling haven of business and creative arts while outdoor adventure awaits in the state's stunning and natural terrain. Yet for all we do know about Colorado, there is so much to learn about this fantastic vacation destination. Here are 10 things you never knew about Colorado.

Giants once roamed the Colorado lands. Ancient fossils and footprints of these early dino residents have been found and preserved across the state much to the delight of the paleontologists and the curious visitors alike. You can still get a glimpse into Colorado's prehistoric life at several locations scattered throughout the state.

You might find your jaw dropping when you wander to the Picket Wire Canyonlands where almost 1,300 dinosaur footprints mark the earth. Dinosaur Ridge near Morrison, Colorado, is a fossil-filled hike. Also, the mascot of the Colorado Rockies baseball team, Dinger the purple triceratops, is a nod to the dinosaur bones that were found when the stadium was constructed.

The Teddy Bear Was Born Here

It may only be a legend, but Colorado is happy to declare itself as the birthplace of the iconic Teddy Bear. President Theodore Roosevelt stayed at the Hotel Colorado in Glenwood Springs during his yearly hunting trips. On one occasion, it was clear the president was dejected after returning from an unsuccessful day of hunting. To cheer him up, some of the hotel maids gathered scraps of material and pieced together a stuffed bear to give him. The teddy bear was born.

Colorado experienced a mining boom in the late 1800s. New residents established settlements in the state's rocky hillsides and grassy meadows. By the early 1900s, most of the towns were abandoned after the metal markets crashed. What was left behind is eerily intriguing to this day.

There are hundreds of these ghost towns to explore in Colorado including St. Elmo and Tin Cup where the rowdy Wild West earned its name.

As the inspiration for Stephen King's classic horror novel The Shining — and even the place where the miniseries based on the book was filmed — The Stanley Hotel in Estes Park is notorious for its haunted rooms and corridors. Of course, the story of The Shining came from King's imagination, but it turns out that the hotel was known as a hotbed of paranormal activity long before King's hair-raising story was written.

Curators of the historic landmark don't deny the presence of spirits. They know that the piano you hear playing in the empty room or the flickering lights in the bathroom are only caused by the friendly ghosts of Mr. Stanley and his friends. And the employees are happy to share their paranormal experiences with you! Stay a night if you dare, or just visit and take a stroll through the hedge maze, have a drink at the bar, or even go on a ghost tour.

The Royal Gorge Bridge is a Rocky Mountain wonder spanning 1,258 feet in length. It hangs an impressive 1,000 feet above the Arkansas River, providing nerve-tingling views of the gorge. The bridge first opened in 1929 and continues to attract visitors.

You can take a peaceful aerial gondola ride or summon some bravery and experience the thrill of America's highest zipline. The newest adrenaline booster is the Royal Rush Skycoaster where you free-fall at 50 mph.

Plucking the State Flower Is Illegal

You could find yourself in a bit of trouble if you get caught picking one of Colorado's state flowers, the columbine. The wildflower was chosen by schoolchildren in 1891 to represent the state. Its white and lavender blossoms can be seen and appreciated all over Colorado, including along designated wildflower trails and country drives.

In 1925, the powers-that-be decided there was a need to protect the aromatic and delicate columbine. The General Assembly passed a law prohibiting the uprooting of the flower on public lands. Those caught could face a fine of up to $50. Though plucking one for yourself is forbidden, you can find the seeds at a flower shop to plant in your own garden.

In southern Colorado, not far from the sleepy town of Alamosa, is a sight you really don't expect to see in the mountains. The Great Sand Dunes feature some of the highest dunes you will find in North America. The area is comprised of 30 square miles of majestic sand mountains with a few reaching up to 750 feet high. Unusual wind patterns have been building and changing them since before Colorado was a state.

The Great Sand Dunes National Park is one of the quietest parks in the country, though it is the ideal location for stargazing, horseback riding, or camping. More active visitors like to hike up the massive dunes and slide back down on a sandboard or sled.

One Man Built His Own Castle

Jim Bishop has spent over 50 years building his own castle in Rye, Colorado. He single-handedly found, gathered, and set more than a thousand tons of rock to erect his dream castle in the middle of nowhere. He sees it as a tribute and monument to the hard-working man, and will let you know in colorful language, if you dare to ask, just how he feels about those who think differently.

Despite ongoing squabbles with local businesses and government, Jim was happy when Bishop Castle was finally accepted as a bonafide tourist attraction. He continues to work at it, building new rooms and renovating to this day and hopes to complete the project before he dies. You can check it out for yourself for a small donation and climb all over this unique attraction.

There Are Lots of Microbreweries

Craft beer lovers are never disappointed in Colorado. There are over 400 microbreweries in the state, many with a reputation for small-batch excellence and artisan pride. Brewpubs have popped up everywhere. Denver's first brewpub, Wynkoop Brewing Company, still produces over 4,000 barrels of fresh beer every year.

Colorado celebrates its homegrown breweries in style by hosting several anticipated annual events. The Colorado Brew Festival in Fort Collins quickly sells out every year and the fall season's Great American Beer Festival in Denver draws hordes of beer aficionados from all over the country.

Head over to Burlington for a whimsical look at carousel history. This fully-restored rotating chariot was originally built in 1905 and is named after Kit Carson County where it is located. The carousel features 46 hand-carved wooden animals — horses, dogs, goats, tigers, and giraffes — all with intricate detailing and paint. While you ride your animal of choice, you are accompanied by the music of a 1909 Wurlitzer Monster Military Band Organ.

The planet we live on is sometimes bewildering. From mind-bending natural structures to tiny creatures who have beaten the odds by surviving and thriving under confounding circumstances, the world can 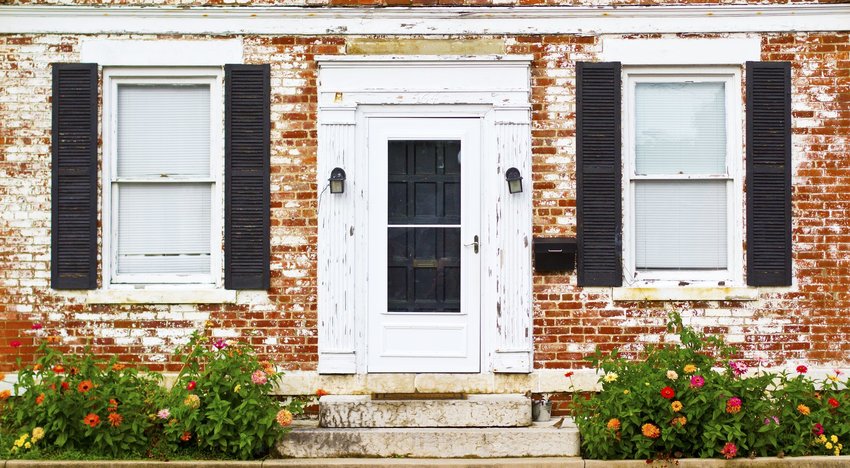 America's multifaceted cultural districts are home to many fascinating national treasures, including six of the most charming streets in the country. Come with us as we tour some streets you