Alaska is the largest state in the U.S, and it is known for being cold, remote, and mostly barren. But there's a lot you might not know about Alaska. Here are nine unique facts about the northernmost state.

With a population of approximately 32,000, the capital city of Juneau is one of the largest cities in Alaska. But it has a very distinctive feature: it is only accessible by ferry or plane.

Although there have been some attempts to create a road out of Juneau, the city's location makes it difficult; it is surrounded by enormous glaciers and ice fields, and its one ice-free side runs along the Tongass National Forest. While the Alaska Department of Transportation tried in the 1990s to build a road through this area, it proved to be both too environmentally damaging and too dangerous. The road would have run alongside a 2,000-foot-tall fjord and been surrounded by moose, bears, and wolves.

The First Hammer Museum in the U.S. Is Located Here

If you want a totally unique museum experience, make your way up to Haines, Alaska, the home of the first-ever U.S. museum dedicated to the history of the hammer. Simply named the Hammer Museum, this nonprofit first opened as a private collection in 2002. It has a collection of over 7,000 hammers, with a rotating display of about 2,000 at any given time. The Hammer Museum's mission statement is a single, straight to the point sentence: "To preserve the history of the hammer."

The Longest and Shortest Days in the U.S. Occur in Barrow

In the northernmost state in the country, Barrow is the northernmost community. Here, the sun stays up from May until August — a day that lasts over two months. This distinctive type of unending daylight is called midnight sun, and it's only found in areas located above the Arctic Circle. Approximately 33% of Alaska lies above this circle, making for some very intense days.

Also, Barrow also has one of the longest nights. From mid-November through January, the sun never fully rises above the horizon, leading to over two months of dim twilight.

There Is More Coastline in Alaska Than Anywhere Else in the U.S.

Alaska has more coastline than the rest of the U.S. combined. It has a shore that stretches for 6,640 miles. For comparison, the next largest coastline is Florida's, measuring at 1,350 miles — at least, that's how the Congressional Research Service measures it.

If you take islands into account, Alaska has even more shoreline — approximately 33,904 miles of it in total. The National Oceanic and Atmospheric Administration measures Florida's coast at closer to 8,400 miles, which is still solidly in second place.

Alaska Is Bigger Than the 22 Smallest U.S. States Combined

Speaking of size, Alaska is enormous. While most people know that it's the biggest state, you might be surprised by just how big it is. Alaska is 665,384 square miles; it makes up about 18 percent of the total land area of the United States. Also, it has more landmass than the 22 smallest states combined. In fact, the second largest state, Texas, is just about 40 percent of the size of Alaska. If Alaska were to become an independent country, it would be the 18th largest in the entire world. But for how huge it is, Alaska doesn't have many residents. In fact, the ratio of humans to landmass makes Alaska one of the world's most sparsely populated areas.

There Are a Lot of Bears

Alaska is the only state that is home to all three North American bear species: brown bears, black bears, and polar bears. There are so many bears in this state that the Alaska Department of Fish and Game has 10 webpages dedicated to teaching residents how to safely live alongside them. Some tips include keeping your garbage in bear-resistant containers, setting up electric fences around your property, and incinerating your trash.

The State Flag Was Designed by a Teenager

In 1926, Alaska was still a territory, not a state — but the governor, George Parks, wanted to change that. He thought that having a state flag was a good first step. In 1927 he introduced a flag-making contest to Alaskan children in grades 7 through 12. The winner of this contest, Benny Benson, was a 13-year-old orphan with Swedish, Russian, and Aleut roots. His design featured the Big Dipper, symbolizing strength, and the North Star, symbolizing Alaska's future.

Alaska Has a Lot of Laws About Moose

Most states have their own weird, outdated laws that nobody understands, and Alaska is no exception. This state is unique, though, in how many of its regulations center around moose. It is illegal, for example, to whisper in somebody's ear while they're moose hunting. It is also considered an offense to feed alcohol to a moose. Perhaps most strangely, Alaska has a law stating that it is illegal to push a moose out of a moving airplane — hopefully not a situation that too many people will actually have to deal with.

Roadkill Is Turned Into Food

With an estimated 800 to 1,000 moose killed in traffic accidents every year in Alaska — in addition to the slightly lower number of deer and bears that are hit — hundreds of thousands of pounds of roadkill end up on the sides of Alaska's motorways annually. In the 1970s, the state formed a roadkill salvage program designed to clean up the roadways and make use of the meat that would otherwise go to waste. The system works by alerting troopers when a large animal has been killed in the road. The animal is then collected and turned into edible meat that is generally used in stews or ground into sausages and burgers. 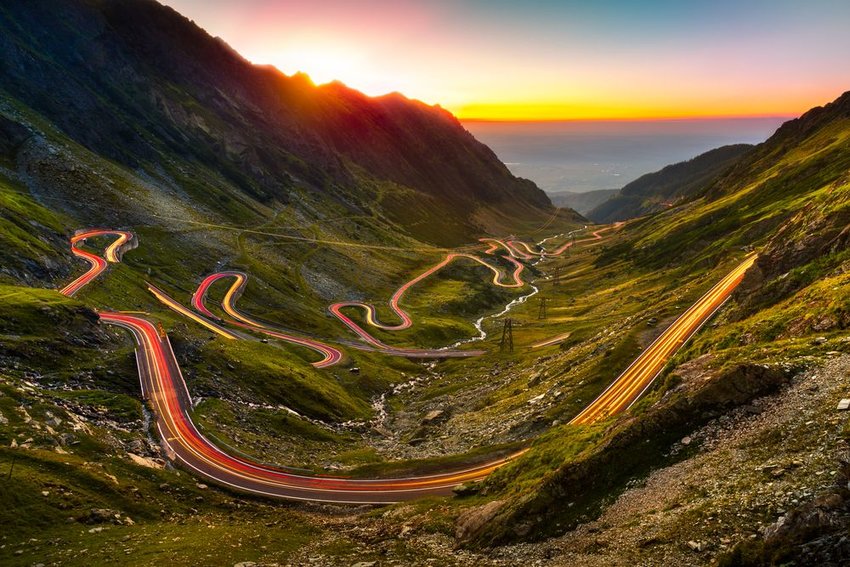 We know there are questions around travel amid the coronavirus (COVID-19) outbreak. Read our note here. Applying to a university is stressful, but prospective students are understandably more nervous when