London is by no means an off-the-beaten-path destination. With recognizable landmarks such as Big Ben, the Houses of Parliament and Buckingham Palace, it’s a cosmopolitan city that tops many travelers’ lists.

London’s popularity goes a long way in exposing it to an international audience, but that doesn’t mean the capital city is uncovering all its wonders to every tourist. Sometimes you have to dig a little deeper to reach the good stuff. Start poking around and you may be surprised at all of London’s dirty little secrets — exposed here:

London Is the Largest Urban Forest

Boasting as many trees as people, England’s capital city is officially classified as a forest. And not just any forest; with roughly 8.4 million trees, London is the largest urban forest on the planet. Being adorned in greenery not only makes London look more appealing while boosting the price of real estate on “leafier” streets, but these trees also clear well over 2,000 tonnes of polluted air from the city.

Abbey Road Has a Spy Cam

We’re not sure how many Beatles fans flock to Abbey Road to recreate the cover of one of Britain’s most beloved bands, but we’re guessing it’s a lot. And London is certainly aware of the attraction’s popularity. In fact, while tourists strive to create that perfectly in-sync walking shot across the famous zebra stripes, they probably aren’t aware that the Abbey Road live cam is also capturing them on video. After you make your crossing, head to the site and find the footage for yourself.

Cab Drivers Have to Pass a Rigorous Test

London’s iconic black cabs cannot be driven by just anyone. Cabbies must pass a detailed and challenging test to earn the honor of driving one of the city’s black cabs. Drivers are tested on some 320 different routes and have to memorize 25,000 streets and another 20,000 city attractions in order to get their license. The entire process takes between two to four years to complete. Once they get behind the wheel, they must use the knowledge ingrained in their brains to get folks around the city — no navigation apps allowed!

The bubonic plague that swept through London in 1665 and 1666 wiped out over 100,000 Londoners. With so many corpses to bury, plague pits were set up all over the city and the surrounding countryside. At the time, many of these sites were on church grounds. Inevitably, London developed and so did the city’s geography. Now, some former-residents that succumbed to the plague rest in strange places — like under Aldgate Tube Station.

The top that connects the two towers of the Bridge was closed in 1910. Its original purpose was to allow folks to cross the bridge when it was raised. However, it became a hangout for the city’s prostitutes and pickpockets and was eventually closed due to its misuse. It reopened in 1982 with a revamped glass-bottomed walkway that’s become a major tourist attraction.

The famous London district that houses the Royal Opera House, a known shopping destination and multiple historic buildings is actually a blatant spelling mistake. The area used to serve as a marketplace for the CONvent of Westminster Abbey and was supposed to have been named after that. However, the accidental omission of the “N” changed all that and the name “Covent” has since stuck.

London’s central park is more than just a peaceful place to escape to on a busy day. It also showcases the love and respect Londoners had for their pets dating all the way back to the 1880s. There are about 300 burial plots with endearingly engraved headstones with statements such as “Sandy. A faithful friend for 12 years, May 1900” and “Darling Cupid. 1898.”

Up until 1916, the well-known Harrods department store sold pre-made packs of cocaine, morphine and heroin over-the-counter. The package was marketed as “A Welcome Present for Friends and Family at the Front” and was also considered as a nice “gift” for the young soldiers serving in WWI.

The United States is home to plenty of landmarks, though some are more impressive than others. Here are five you should see at least once in your life. 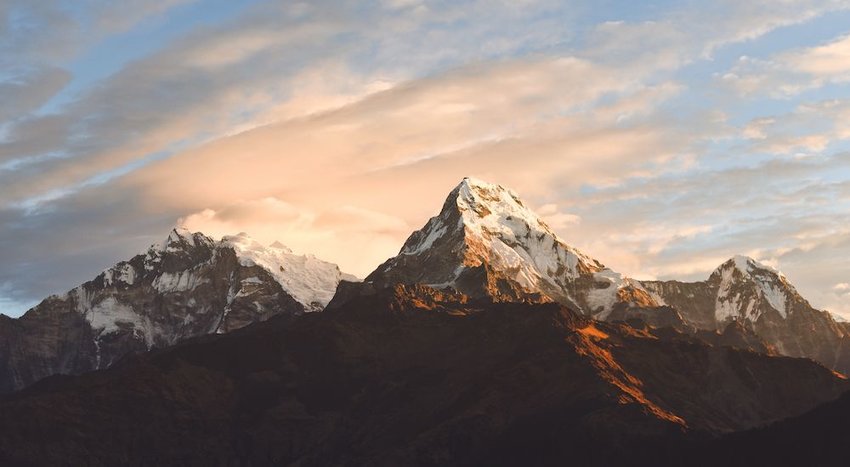 Even climbers with plenty of courage might shudder at the thought of climbing one of the seven most dangerous mountains in the world.