Ireland is full of rolling hills, moss-covered castle grounds, and so much more, all making it a fantastic vacation destinations. Still, there's plenty you might not know about the Emerald Isle. From the significant to the trivial, ancient to modern-day, here are a handful of things you likely never knew about Ireland.

Though exact counts differ, what we know for certain is that Ireland has plenty of sites for anyone searching for medieval ambience. Some of the more well-known include Blarney Castle — home of the famed Blarney stone — and Dunluce Castle, an abandoned fortress that made an appearance in Game of Thrones. While many of these places have either preserved their original interior or fallen into ruin, others, like Ashford Castle, have been converted into hotels and other luxury properties, so you can sleep in a castle when you visit as well.

Its National Symbol Is the Harp

While you might guess the shamrock to be Ireland's official icon, it is in fact the harp, making Ireland the only nation with a musical instrument as its national symbol. The instrument's heritage in the country extends back over 1,000 years to when harpists enjoyed a privileged status in the Celtic culture, and today it is often called either a Celtic harp, a Gaelic harp, or a cláirseach. Whether you were familiar with its importance or not, you've likely seen the patriotic emblem before, on anything from Guinness labels to Ryanair planes to Irish passports.

Sean's Bar, in the city of Athlone in central Ireland, dates back to A.D. 900 when it was established to take advantage of the local traffic at the nearby river crossing. Today, Sean's is considered the oldest pub in the country — and in all of Europe. Visitors to the area can stop by on their way between Dublin and Galway for a pint, a traditional whiskey, or just a taste of history complete with live music and plenty of traditional features, including the pub's characteristic sloping floors, which were originally designed to prevent flooding.

If jack-o-lanterns and trick-or-treating are your favorite parts of autumn, you can thank the Irish. All the spooky fun of Halloween originated with an ancient Celtic festival known as Samhain, which celebrated the harvest season. Communities lit bonfires, and locals wore costumes to prevent being carried off by ghosts or spirits. Over the years, the pagan festival merged with the religious All Saints Day, celebrated on November 1, to become the diverse and ubiquitous holiday we know today.

Stretching approximately 1,600 miles, the Wild Atlantic Way is the longest, uninterrupted coastal driving route in the world. It extends from the north of the country on Inishowen Peninsula, continues along the entire west coast, and ends in the colorful sea port town of Kinsale on the southern coast of the island. Along the way — in addition to plenty of Irish village charm and sweeping sea views — you can see sights like the Cliffs of Moher, one of Ireland's top tourist attractions.

You've Likely Seen it on the Silver Screen

If the aforementioned Cliffs of Moher look familiar to you, there's a reason: the site has been used in a number of films, including Harry Potter and the Half Blood Prince and The Princess Bride. It isn't the only starring Irish scenery, though, and when it comes to centuries-old ruins, rocky coastlines, and green pastoral hills, the country is hard to beat. The medieval Trim Castle in Meath was used in Braveheart, the rocky island Skellig Michael was shown in Star Wars: The Force Awakens, and Ballinesker Beach was used as the site of the D-Day landings in Saving Private Ryan, just to name a few.

The Gaelic Games Are the Country's Most Popular Sport

While Ireland has no shortage of soccer fans, the sport was beaten out as the country's favorite in 2018 by the Gaelic Games, a range of sports that most notably include Gaelic football and hurling. The various activities in the Gaelic Games are native to Ireland and many have been played for centuries, constituting one of the country's longest and most widespread traditions — and a can't-miss experience if you're visiting the island.

Although Irish and English are the two official languages of Ireland, they are not the two most commonly spoken. Irish is an obligatory language in school, but a 2011 census showed that more residents — about 30,000 more, to be precise — speak Polish outside of school than speak Irish. If you're planning to visit, though, you'll likely be happy to know that virtually everyone in Ireland speaks English. That doesn't mean you can't have some fun trying out native words like sláinte, meaning "Cheers," or Muckanaghederdauhaulia, the longest town name in the country.

The Guinness Brewery in Dublin has a 9,000-Year lease on Its Land

In 1959, a thirty-four-year-old brewer named Arthur Guinness signed a lease on a run-down brewery at St. James's Gate in Dublin. The lease had a term of 9,000 years, requiring a rent of just 45 pounds per month. Today, Guinness still cooks up its signature brews at the St. James's Gate location, where you can visit for tastings, tours, and more — and where it continues to pay 45 pounds in rent.

The MacGillycuddy's Reeks Are the Tallest Mountain Range

With arguably one of the most fun mountain range names, the MacGillycuddy's Reeks are far from being the tallest mountains in the world. In fact, only three of the peaks stand taller than 1000 meters, but they're undeniably beautiful in their emerald way. The tallest is Carrauntoohil, which stands 1039 meters tall, and, while it isn't a walk in the park, it can nonetheless be climbed in a day if you're looking for some physical activity, beautiful views, and local nature during your visit. 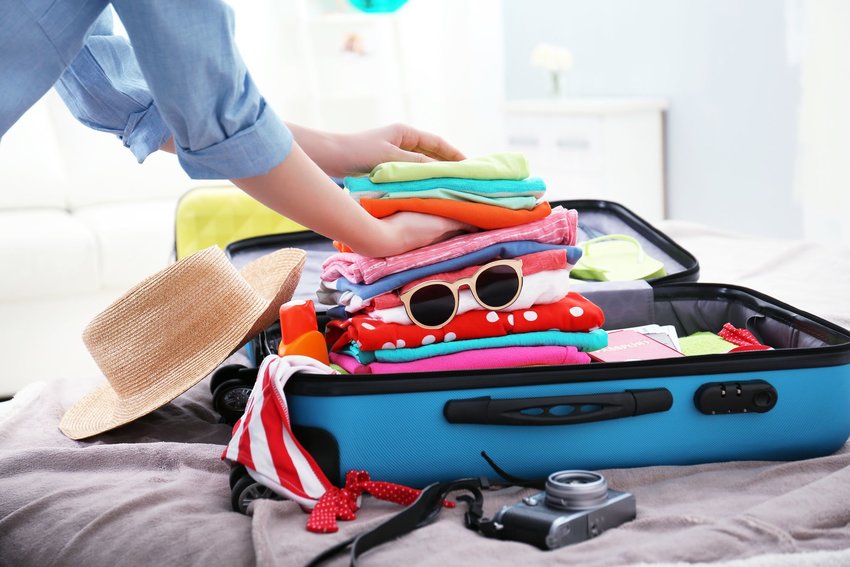 Many travelers would benefit from hiring a tour guide. Not only do they supply you with knowledge of your unfamiliar surroundings, but they can keep you safe, find you the

For many years, travelers escaped to the South Pacific to stay in an overwater bungalow. But their popularity has grown over the last few decades, and today you can find