The U.S. is home to many cities that define the word “picturesque.” From coastal cities that butt up to the water to densely populated urban jungles, the U.S. offers a bit of everything. Here are 12 of our favorites at their best.

Music, food and parties. Those are things that come to mind when you think of New Orleans. In addition to all the good times this city offers, its delightful French Quarter, wildly decorated bars and 18th-century buildings strike a perfect pose for the camera lens.

Dreaming of Europe? Look no further than Saint Augustine. Founded in the 16th century by the Spanish, the architecture more closely resembles that of Spain or France than southern Florida. As one of the nation’s oldest cities, the cobblestone streets and multiple historical sites envelop the city in old-world charm.

Continuously inhabited for over 1,000 years, this Native American village in northern New Mexico is both a UNESCO World Heritage Site and a National Historic Landmark—and extremely photogenic. The orange abodes against the bright blue New Mexico sky is a photog's dream.

That sprawling bridge and those hilly streets lined with Victorian-style homes make for one unforgettable skyline. San Francisco’s cityscape charms just as much as the colorful culture and quirky hang-outs, even if you get dizzy driving down Lombard Street.

With a city skyline like this set against a stunning snow-capped mountain backdrop, it’s hard to argue that Anchorage is anything but breathtaking. Surrounded by nature trails and parks, Anchorage’s outdoor scenery will keep your shutter finger busy from dawn ‘til dusk.

Honolulu has it all. World-class restaurants, lively nightlife options, brand name shops and luxury high-rise hotels fill the coastal area. Grabbing a bite, hitting the beach and maybe catching a few waves is possible in this slice of heaven.

If you can’t find what you’re looking for in New York City, then it probably doesn’t exist. Sophisticated galleries, creative neighborhoods, a world-famous culinary scene, grungy dive bars, entire countries squashed into a few city blocks (Chinatown, Little India, etc.) internationally-anticipated events and some of the world’s most iconic buildings all exists within the city limits. Oh, and when you crave some green, there's that park in the center of it.

The endless summer starts here. Wedged between the Ynez Mountains and the Pacific Ocean, Santa Barbara has small-town vibes with big-time appeal. A surfers’ paradise, Santa Barbara boasts a sprawling beachfront lined with palm trees. A happening main street (State Street, actually) and several historical sites cap one of our favorite cities in the U.S.

The second Portland on the list, but this one is clear across the country from the other. Oregon’s weirdest city is favored among free-thinking, carefree and open-minded individuals - which is what it gives it much of its appeal. It also happens to be beautiful. Tucked next to the foothills of the Tualatin Mountains with Mount Hood looming in the background, Portland is dissected into two parts by the Willamette River. The point? There’s plenty of natural scenery to go around. 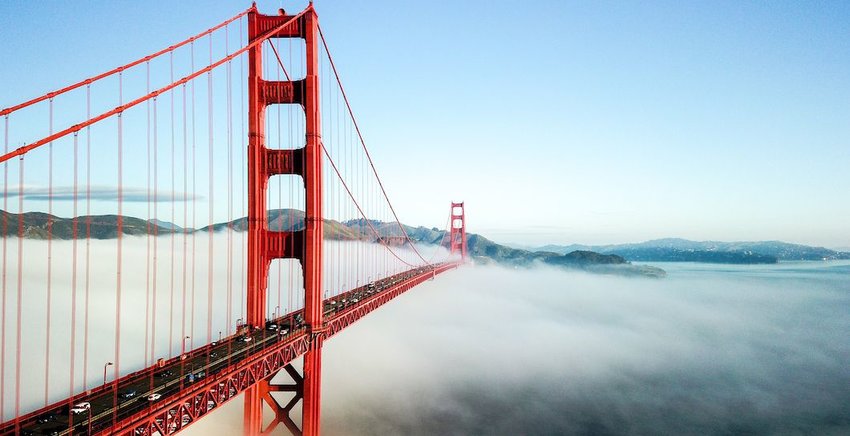 The United States is full of iconic landmarks. Some, however, are more photogenic than others. Here are the 10 most photographed landmarks in the U.S.

Many airlines from the Golden Age of plane travel have been lost to time. Here are five forgotten airlines everyone used to love.