San Francisco has been a source of intrigue and inspiration to Americans since gold prospectors first stepped foot on its soil in search of vast riches over 150 years ago. Of course, a lot has changed since then, but San Francisco is as much a part of the American fabric as East Coast cities like New York and Boston. If you plan on traveling to San Francisco in the near future, here are nine obscure facts about the city you can impress the locals with.

Two of the Most Crooked Streets in the World Are Here

Driving in any big city is a pain. But in San Francisco, two of the streets are so crooked that they will literally leave you nauseated. Of course, locals know those two streets well: Lombard Street, in the Russian Hill neighborhood, and Vermont Street, located in Potrero Hill. Just take a look at these streets via photograph and try not to get dizzy. They literally zig and zag, while making sharp turns on a dime. There’s some debate as to which of the two holds the title for “most crooked” (Vermont Street, technically, is the winner) but this is one of the rare cases where practical minded folks can say that they both own the honor.

The Bear on the California Flag Lived Here

You know that iconic bear on the California state flag? Well, turns out he has a name, Monarch, and once roamed the grasses of Golden Gate Park. Today we think of Golden Gate Park as a place for rock concerts and young people tossing around frisbees. But it wasn’t always like that. In fact, Monarch was one of the last known wild California grizzly bears. He was brought to San Francisco, by way of Los Angeles, thanks to newspaper mogul William Randolph Hearst in 1889 and was soon roaming freely in a bear enclosure located in Golden Gate Park. San Francisco locals grew to love Monarch so much that his likeness was depicted on the state’s official flag. Monarch died in 1911 but you can still see his taxidermized pelt on display today at Golden Gate Park’s Academy of Sciences.

No, Mark Twain Did Not Say That

Anyone who’s ever spent the summer months of July or August in San Francisco knows that weather can sometimes dip down into the 50s and 60s. Sure, you’re in California but the summer months in San Francisco can often feel like the fall in New England. The summer months are so unseasonably cool here that there’s a witty quote often credited to Mark Twain in which he says, “The coldest winter I ever spent was summer in San Francisco.” Funny, right? The only problem is, Mark Twain never said it. According to the fact-checking website Snopes.com, an extensive review of all of Twain’s writings and private letters can find no instance of the great American author ever saying such a thing. In fact, the origins of the phrase are completely unknown.

Home to the First and Only Emperor of the United States?

Since its founding in 1776, the United States has managed to stay a democracy (at least for the time being) with a freely elected president and congress. Yet in 1859 a San Francisco eccentric by the name of Joshua Abraham Norton had the gall to proclaim himself “Emperor of the United States.” One of his first acts as Emperor was to ban the word “Frisco” from all public use. Those who broke the “law” were subject to a fine of $25. Yes, this really happened. Of course, no one ever took the man or his proclamations seriously, yet Emperor Norton I, as he preferred to be called, was a beloved figure in the city who would often parade around town in full military garb. The Francisco Board of Supervisors even went so far as to purchase him a brand new imperial military suit, after his old one began to show signs of wear and tear. Emperor Norton died in 1880 at the age of 61 and since his death there have been numerous unsuccessful efforts to name the San Francisco—Oakland Bay Bridge after him.

Jeans Were Invented in San Francisco

A native of Germany, Levi Strauss found success in America by selling dry goods. In 1853 he moved to San Francisco to cater to the growing number of gold prospectors that were flocking to the city each day in search of fortune. Strauss saw that the pants the prospectors were wearing couldn’t hold up under rough conditions, so he decided to create something that was more durable. He teamed up with a tailor by the name of Jacob Davis and together they patented the first "waist overalls," as Levi’s jeans were initially called, in 1873. His iconic “501 jeans” would first be sold to the public in 1890. Strauss passed away in 1902 but today just about every person owns a pair of jeans, thanks to him … and it all started in San Francisco.

Some of San Francisco Is Built Atop Buried Ships

Back during its gold rush heyday of the 1840s and 1850s, one of the quickest ways to reach San Francisco, if you were a fledgling gold prospector, was by ship. As the city grew at a staggering pace throughout the latter half of the 19th century, most of these vessels were abandoned and left to rot. Seeing as there was nowhere for the rotting vessels to go, the quick solution was to cover them up with landfill and build over them. No one paid much attention to the buried ships but by the 1960s archaeologists working in the city began to discover these abandoned vessels below the service. They even began drawing maps where you can now see where the ships are buried.

There are Currently as Many Dogs as Children

Like many big cities these days, San Francisco is becoming ever more unaffordable. According to a March 2019 study, the median price for a one-bedroom apartment in the city is $3,690 per month. That’s not exactly the kind of rent you want to be paying if you’re trying to raise a family on a middle class salary. Maybe this is why so few couples in San Francisco are having children. A January 2017 New York Times article revealed that there are about as many dogs as children in the city (about 120,000). In some areas of the city schools are virtually non-existent, but there are plenty of doggie grooming shops.

Fortune cookies did not originate in China. Fortune cookies were first served at the Japanese Tea Garden in San Francisco’s Golden Gate Park in the 1890s. They were made by the San Francisco bakery Benkyodo. No one knows for sure how the cookies made the leap over to Chinese restaurants, but by the end of World War II they were popping up in restaurants all across the country.

It seems hard to believe today, but 100 years ago all types of wild animals roamed San Francisco’s Golden Gate Park, including goats, elk, bears and bison. Times have changed and most of the animals that used to live in the park no longer reside there. Strangely enough, a few dozen bison still inhabit a specialized area known as the Buffalo Paddock. The bison were transported to the park from the Great Plains in the 1890s and have remained in San Francisco ever since. And seeing as bison are for the most part docile creatures, the city even allows you to see what they’re like up close. Information on when and where to see the Golden Gate bison is available here. 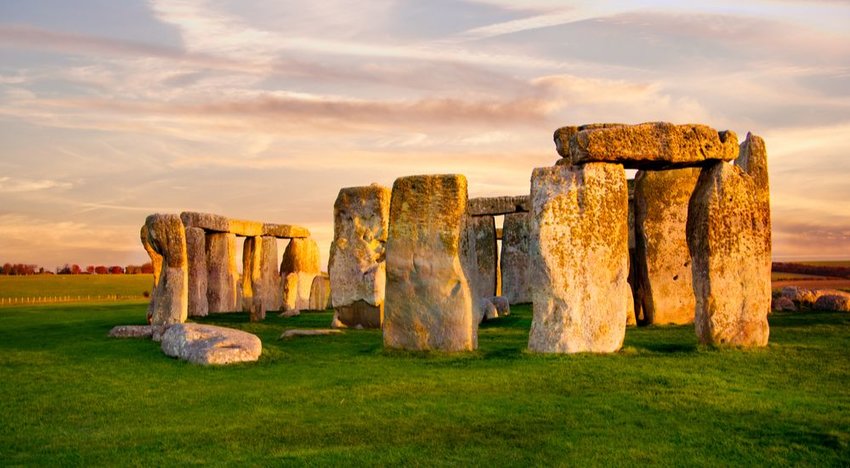 In which countries can you see the most UNESCO World Heritage Sites? Read on and find out. 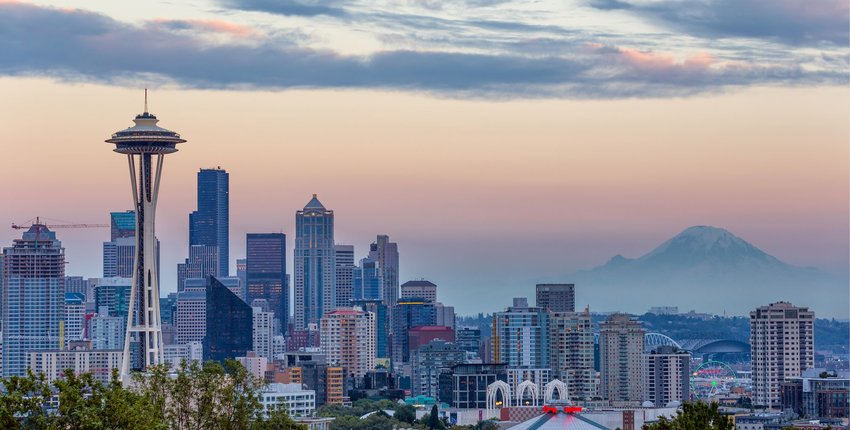