For years, the British Royal Family has had its fair share of worldwide admirers. Engagements, weddings, births, and palace intrigues — we love keeping up with the royals. However, where have all the kings and queens of England historically lived?

While most people are familiar with Buckingham Palace, there are actually other locations in the United Kingdom where members of the royalty are currently living or have lived in the past. Below are just seven of the country's most breathtaking royal spots.

Built in 1855, this stunning castle is the royal family's Scottish residence. It sits on 50,000 acres of land and has remained a favorite home to multiple generations of royalty. And, while some modifications have been made throughout the years, it remains largely the same as when it was first built in the 1800s. Currently, the Prince of Wales, the Duke of Edinburgh, and the Queen herself run the estate.

Balmoral Castle is open to visitors; note, however, that winter guided tours will only be available until early December.

Although the private residences of the royals are closed off at Balmoral, you can still rent one of the holiday cottages on the estate. If you decide to take a tour, you'll be able to see the castle ballroom — the largest room in the castle, used twice annually for royal balls. This room features exhibitions, silver statues, royal portraits, and Minton china. Incidentally, the ballroom is the only room available for public viewing. The rest of the castle are the Queen's private rooms.

After visiting the ballroom, you'll be able to see the game larder, ice house, and the wildlife display in the Carriage Hall Courtyard while guides regale you with tales of Balmoral's history. For adventurous travelers, a luxury safari tour may just be the ticket for an exciting winter excursion through the gorgeous landscapes of Balmoral.

Founded by William the Conqueror in the 11th century, Windsor Castle is the oldest occupied castle in the world. In fact, the Queen still spends the majority of her private weekends there. This opulently decorated castle offers two tours to the public: the ceremonial route and the historic route.

If you choose the ceremonial route, you'll get to walk through the State Apartments that are currently used by the Queen and the rest of the Royal Family. This is where official heads of state come to visit and where many awards ceremonies are held. The room was also once used as the castle's main ballroom. The ceremonial tour includes the opulent Grand Reception Room, where you'll see glimmering gold-covered walls, porcelain vases, French tapestries, and bronze figurines. An object of great interest is the large malachite urn, which Tsar Nicholas I presented to Queen Victoria in 1839.

Meanwhile, the historic route takes you to the rooms originally built for Charles II and his queen, Catherine of Braganza. You'll see ceiling paintings by Antonio Verrio and carvings by Grinling Gibbons. Today, many sections of the ceiling are covered with ornamental plaster.

Aside from the tours, be sure to check out the various exhibitions. And, you'll also want to make time for the Changing of the Guard. The Household Troops have guarded the monarchy since 1660, and guard changes usually take place at 11 a.m. on Tuesdays, Thursdays, and Saturdays. Be sure to check the schedule before you go.

Clarence House is currently the home of the Prince of Wales and the Duchess of Cornwall, although Queen Elizabeth The Queen Mother famously lived here for nearly 50 years. Built in the mid-1820s, this is one of the only aristocratic townhouses still existing in London.

If you'd like to get a peek inside, you'll have to time your visit carefully — the house is only open to the public in August. If you do sign up for a tour, you'll get to see the five ground floor rooms: the Morning Room, the Library, Lancaster Room, the Dining Room, and the Garden Room. Although slightly less opulent than some of the other castles, Clarence House is still stunningly beautiful.

Fans of The Crown may enjoy visiting the Garden Room, which was created from two rooms utilized by Princess Margaret before her marriage to Lord Snowdon.

St. James's Palace was built by Henry VIII in the early 1530s, and much of the original building still remains. The palace was home to English monarchs for over 300 years until Queen Victoria's reign. Although no longer exclusively a royal residence, St. James's Palace continues to remain relevant in English society.

Nowadays, it serves as a working palace — many members of the Royal Family have offices here, and the grounds host 100 receptions each year for charities associated with members of the Royal Family. In addition to these receptions, the State Apartments are frequently used to entertain various heads of state during official visits. St. James Palace also contains the London apartments of the Prince of Wales, Princess Alexandra, and the Princess Royal (Anne, the only daughter of Queen Elizabeth II and Prince Philip).

St. James Palace is also where Mary Tudor signed the treaty to surrender Calais to the French in 1558. Many royals, including Queen Anne, were also born and baptized here.

Have you ever wondered where the royals vacation? Often, not too far from home. In fact, this beautiful retreat is located right on the grounds of Windsor Castle. First purchased in 1790 by Queen Charlotte, the vibrant gardens of Frogmore House have been attracting royal residents for centuries.

Queen Charlotte's interest in botany led her to plant thousands of trees and shrubs of different species here. Her vice-chamberlain, Major William Price, and the Reverend Christopher Alderson designed lakes, glades, bridges, and stunning tulip gardens to grace the landscape. Meanwhile, an on-site summerhouse in the Gothic style is covered with wisteria in the summer, while an incredible array of flowering trees make for a stunning vista every spring.

The interior also makes use of beautiful floral imagery and is decorated with original watercolor paintings by Queen Victoria's daughters. Be sure to visit the Mary Moser Room, which features botanical paintings, as well as Queen Mary's Flower Room, which boasts 19th-century artificial flower arrangements. Unfortunately, for anyone who wants to visit, Frogmore House is only open to the public three days a year — so be sure to check the dates before you book a flight.

Fans of the Royal Family will know that Frogmore Cottage (located on the grounds of Frogmore House) is the current residence of the Duke and Duchess of Sussex, Prince Harry and Megan Markle.

The Palace of Holyroodhouse is the Queen's official residence in Edinburgh. She stays at the palace during Holyrood week. The State Apartments here are known for their incredible decadence — they are decorated with rich Flemish and French tapestries, as well as incredibly ornate plaster-work ceilings.

One of the most famous historical residents of the Palace of Holyroodhouse was Mary, Queen of Scots. Her life and tragic execution have fascinated history buffs for decades; in fact, her former bedchamber is known as "the most famous room in Scotland." Queen Mary's rooms also comprise the oldest section of the palace. It was built 500 years ago and still features original ceiling-work and fortified walls.

If you enjoy a bit of intrigue, be sure to check out the Supper Room, where Queen Mary's private secretary, David Rizzio, met a violent end in 1566.

The red brick walls of Kensington Palace have been home to many young royals throughout the years. If you follow news about the Royal Family, you may already be familiar with this location — it's the home of the Duke and Duchess of Cambridge, Prince William and Kate Middleton. Several decades ago, Kensington Palace was also Princess Diana's home.

Kensington Palace holds many events for the public, including interactive story-telling sessions, exhibitions, tours, and theatrical performances. Visitors can also walk through the Sunken Garden, with its ponds and ornamental flower beds, a favorite of Princess Diana's. This is also where the Duke and Duchess of Sussex chose to have their engagement photos taken. 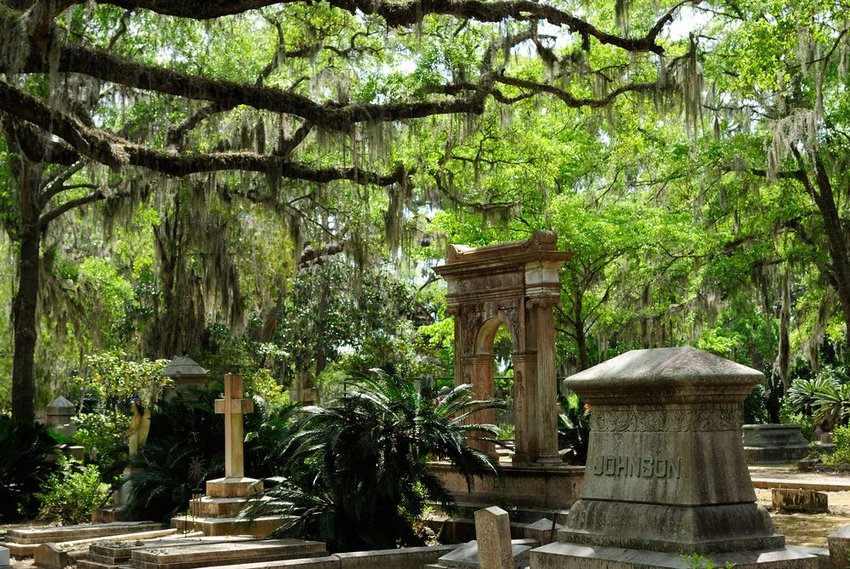 There are numerous cemeteries around the world that are renowned for their beautiful and peaceful gardens. Since cemeteries offer an open green space unbothered by the outside world, it makes 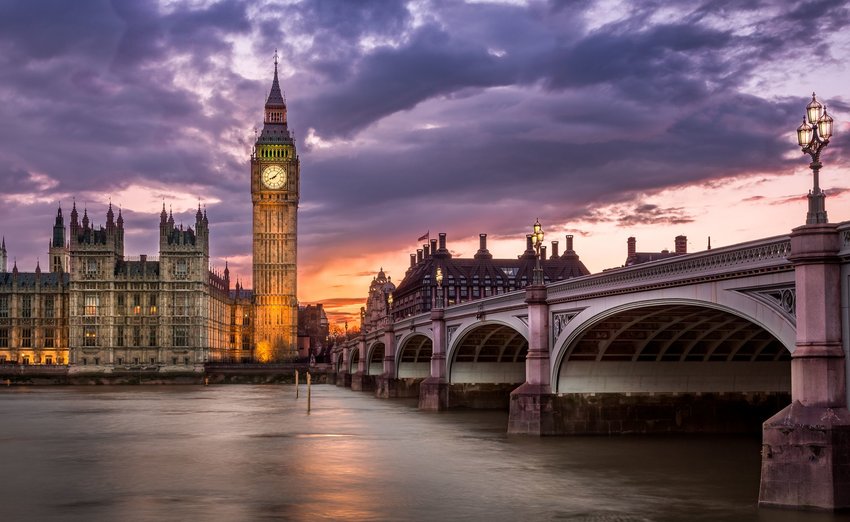