When it comes to sculptures as an art form, we usually think of classics, like Michelangelo's David in Italy, or prominent public figures, like Abraham Lincoln at the Lincoln Memorial in Washington, D.C. You might also think of popular and moving monuments. But fictional movie characters have staked a place in the hearts, and sidewalks, as well.

From underdogs to superheroes, here are three popular sculptures based on fictional characters that you have to see to believe. Start planning your next road trip or family vacation now to check all of these off your sculpture sightseeing bucket list. If you're really into statues, make sure to also check out these famous statues and their interesting backstories.

You won't be able to stop yourself from sprinting (or leisurely walking) up the steps to the Philadelphia Art Museum the next time you're in town. This is where Rocky Balboa (played by Sylvester Stallone) made his heroic run up the steps as part of training in the original Rocky. It's hard not to feel motivated when you watch that scene, and, thanks to artist A. Thomas Schonberg, that moment has been immortalized in the form of a life size bronze statue.

The statue was originally commissioned to be used as a prop in Rocky III in 1980. Once the movie was filmed, Stallone gifted the statue to the city of Philadelphia. There were mixed feelings. Fans of the film felt the bronze statue was an important part of Philadelphia culture and served as inspiration. Opponents to the statue felt it was just a movie prop placed out of context in the middle of the city.

The statue was originally installed at Spectrum Sports Complex, which is where Rocky's fights took place in the film. It eventually moved to the Art Museum during filming. It has sat at the bottom of the stairs since 2006, and you can count on a steady stream of tourists lining up to snap a picture next to it.

No matter how you get to the top of all 72 of the Art Museum stairs, you'll inevitably throw your hands in the air and, for just a moment, feel the power of the underdog. Make sure you have a friend at the bottom of the steps to capture the moment on camera. Bonus points for playing "Eye of the Tiger" as you go.

The character from the beloved children's series has found a new set of fans thanks to the films Paddington and Paddington 2. Fans of both the book series and the films will want to pay tribute by stopping by the life size (for a fictional bear) statue of Paddington Bear, located, of course, in Paddington Station in London, England.

The station plays an important role in the life of young Paddington Bear, as this is where he first meets Mr. and Mrs. Brown after his voyage from Peru. It's also where he gets his name. You can find the statue on Platform 1 inside the station.

The statue was originally commissioned in 2000, over a decade before the release of the first Paddington movie in 2014. However, the film has brought a renewed interest in the sculpture, as fans from around the world visit it for a photo every day. Fans and tourists can conveniently purchase Paddington Bear-related merchandise from the Paddington store, located next to the statue.

Metropolis, Illinois, is the fictional home of fictional superhero Superman. The city, located in southern Illinois, close to the Kentucky border, has taken the namesake to heart and erected a larger-than-life 15-foot statue of Superman.

You can pay a visit to the statue, then go shopping at nearby souvenir store and museum. The aptly named Super Museum opened in 1993. It features an impressive collection of over 70,000 items from Superman collector and enthusiast Jim Hambrick. He spent his life finding and collecting Superman memorabilia. Then he turned his private collection into a museum that the public could enjoy. The gift shop sells pretty much every type of Superman item you could imagine. Just ask the locals to point you in the direction of Superman Square. They'll know what you're talking about.

The statue of the upholder of truth, justice, and the American way is a major tourist destination for fans of the comic book series and films. It has even attracted celebrities, including Barack Obama to pay a visit. So if you happen to be driving through Illinois and need a place to take a break and get some old fashioned small town hospitality, make a stop into Metropolis, Illinois. Don't forget to strike your best superhero pose while you're there, and plan on staying long enough to see the Super Museum. 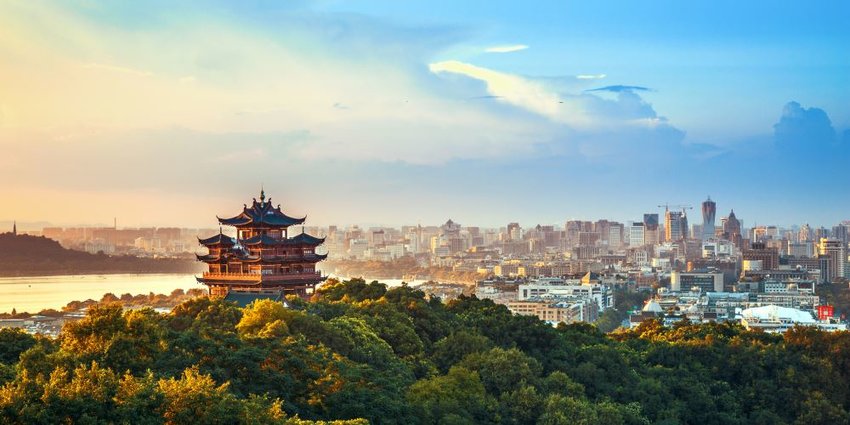 China is a massive place with a number of major cities that make for excellent stops on your itinerary.