The Seven Wonders of the Ancient World were named as feats of engineering or gardening. Only one, the Great Pyramid of Giza, still stands.

Then there are the Seven Natural Wonders of the World — Aurora Borealis, the Grand Canyon, the Harbor of Rio de Janeiro, the Great Barrier Reef, Paricutin, Mount Everest, and Victoria Falls.

Finally, we have the seven wonders of the modern world — the Great Wall of China, Christ the Redeemer Statue (in Rio de Janeiro), Chichen Itza, Machu Picchu, the Roman Colosseum, the Taj Mahal, and Petra in Jordan.

The modern wonders were chosen via popular vote in a worldwide survey in 2007. Many places were nominated and didn't win, like these five places that should be wonders but aren't.

The Acropolis of Athens, Greece, is one of the sites that was nominated to be a wonder of the modern world but didn't make the cut. There are several Acropolis sites across Greece, but we're talking specifically about the Acropolis of Athens. This structure is an ancient citadel seated on a high hill that sits 490 feet above sea level and overlooks the city of Athens.

The climb to get there is rocky but worth it for the view and for the 21 ancient structures that still remain on top of it, including the Parthenon, the Temple of Athena, the Erechtheion, and the Propylaia.

There's evidence that suggests the hill the Acropolis sits on could have been inhabited as far back as the fourth millennium B.C. However, the important buildings that still stand on the hill today started being constructed in the fifth century B.C. The buildings were damaged back in 1687 during the Morean War. At the time, the Parthenon was being used to store gunpowder. It was hit by a cannonball and suffered serious damage because of it.

If you're looking for a breathtaking view of the city, visit the Acropolis at sunrise or sunset, when you can see the sun rising or setting over the whole of Athens.

La ciudad perdida literally translates to the lost city. The city is situated in the Sierra Nevada mountain range in Colombia and was called Teyuna. The city sits on a ridge that is 4,265 feet above the valley below. There's evidence of bridges and drainage systems, and it's estimated that 4,000 to 10,000 people lived inside the city during its existence. Teyuna was the home of a forgotten civilization, the Tayrona, and was developed over six centuries before the Incas built Machu Picchu.

The city was abandoned sometime during the Spanish Conquest and was rediscovered over 350 years later, in the 1970s. Today, you can find the lost city for yourself by taking a hike through the jungles of Colombia. Be warned — this trek is not for the faint of heart. The only way to get to the ancient city is by climbing 1,200 mossy stone steps. There are several companies that offer guided treks to ensure your safety during your journey to this forgotten city.

This temple complex is the world's largest religious building. It was the home of King Suryavarman II and was built in the early 12th century. It's surrounded by a moat and a 2.2-mile wall. Bring your best walking shoes with you when you visit Angkor Wat, as it stretches an impressive 154 square miles. Plan on making a few visits if you want to see all of it.

The temple is unique in how it was constructed in several ways. First, it is oriented to the west, which many believe conforms to the symbolism between death and the setting sun. What's interesting is that, at the time of its construction, the popular orientation was to the east. Also interesting is that the temple was dedicated to the Hindu god Vishnu rather than the king at the time.

While Angkor Wat was originally Hindu, it switched to Buddhist in the 13th century. Today, it remains a Buddhist temple. It was briefly rented out to a group outside of Cambodia for profit, but in 2019 the Cambodian government took the structure back.

The Moai statues on Easter Island are man-made statues that were carved and placed there by the Rapa Nui people sometime between 1100 and 1700. The 887 statues are situated around the island and represent a deceased elder member of their society.

The island's inhabitants suffered a sharp decline in population, and many believe this was due to deforestation and overpopulation. When Dutch explorer Jacob Roggeveen landed on the island on Easter in 1722 (hence the name Easter Island), the population was around 1,500 to 3,000 people. Just one hundred years earlier, though, evidence suggests a population of over 15,000 Rapa Nui people. Researchers believe that food ran out, and so the Rapa Nui people turned to cannibalism.

The statues on Easter Island are a wonder because of how they were created. Ninety-five percent of each statue was made from volcanic ash. The largest statue, Paro, is 32.1 feet tall and weighs 82 tons. When Europeans first arrived at the island, the statues all faced inland.

Stonehenge is old enough to have been classified as an ancient wonder of the world. However, its location away from the Mediterranean likely meant that the ancient Greeks who declared the wonders of the world didn't know of its existence. This prehistoric monument is thought to be the oldest in Europe.

Stonehenge is a ring of 100 stones that could represent a burial site. Bone fragments have been found that date back as far back as 3,000 B.C. Other theories abound, and the full reason for the monument remains a mystery to this day.

Researchers believe that Stonehenge was constructed between 3,000 B.C. and 2,000 B.C. The main feat of engineering for Stonehenge is the arrangement. Nobody knows exactly how the stones were moved into their precise positions or why they are placed where they are. Even more puzzling is the fact that the blue stones that are in the center ring of the monument have been traced back to the Preseli Hills in Wales, which is 200 miles from the structure.

Stonehenge is a UNESCO protected site, and you can visit it easily from London with a tour group. You can also visit on your own.

Hate traffic? Avoid these congested U.S. highways at all costs. 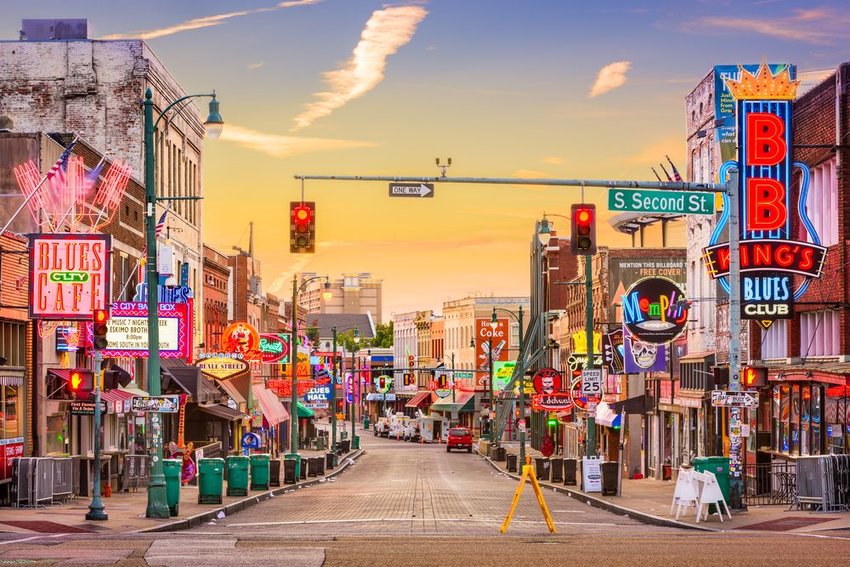 Music legend Elton John once said, "Music has healing power. It has the ability to take people out of themselves for a few hours." Across the United States, there are