Some names from the world of aviation are well-known — the Wright brothers, Amelia Earhart, and Charles Lindbergh, just to name a few. But do you know which airports have played an equally important role throughout the history of flight in the United States? Though controversy and disagreement surround many firsts, these five airports are nonetheless some of the oldest in the country. They're still going strong with flights to this day. You might land in a few during your travels, or you might find your way to the most expensive airports ever constructed.

In 1923, the Chicago Air Park in Illinois was built and used primarily for airmail. As aviation expanded, commercial flights came to the airfield, too. Its name changed to the Chicago Municipal Airport in 1927. The following year, the Chicago airport had 100 planes and serviced 41,660 passengers on 14,498 flights. This nudges out another airport that is commonly cited as the country's first municipal airport: New York's Albany International Airport. This airport wasn't even built until 1928.

From 1932 to 1961, the Chicago field was the busiest airport in the world, serving a peak of 10 million passengers in 1959. During this time, the airport changed its name again to "Midway" in honor of the World War II battle in the Pacific. The arrival of the nearby O'Hare International Airport, now the second busiest in the country, soon changed Midway's top status. Nonetheless, Midway has remained highly relevant and is currently the 25th busiest airport in the United States.

Founded on the site of Snelling Speedway, the Minnesota airport's first hangar was constructed in 1920. This airport was also initially used for airmail. It began passenger service in 1929 and has grown in terms of flights and passengers. Also, it served as the headquarters for Northwest Airlines from 1961 until the latter was absorbed by Delta Air Lines in 2010.

Nowadays, Minneapolis continues to be Delta Air Lines' second-largest hub. It's the base for Sun Country Airlines. It is also the 17th busiest airport in the United States in terms of passengers.

The airport was first named Speedway Field. However, the airport was renamed Wold-Chamberlain Field in the aftermath of World War I. This renaming was in honor of two local pilots who died in the war: Ernest Groves Wold and Cyrus Foss Chamberlain. When it began offering international service in 1948, it was renamed again to the Minneapolis-St. Paul International Airport, which is the name it still uses today.

Stinson Municipal Airport is in San Antonio, Texas. This airport got its start as the Stinson School of Flying in 1915. At this school, both civilian and military students learned to fly under the direction of the three Stinson siblings: Marjorie, Katherine, and Eddie. As laws surrounding aviation changed, the field was run by the city from World War I to World War II. During this time, Stinson Municipal Airport briefly offered commercial flights from American, Braniff, and Eastern Airlines. During World War II, the airport changed hands again when the Air Force took control of it in order to use the facilities as a training base.

With the subsequent construction of the San Antonio International Airport, commercial airlines never returned to Stinson Municipal Airport. However, the field is still in use as a municipal airport today. It currently sees an average of 255 flights per day and is home to 86 aircraft.

Located in Vancouver, Washington, Pearson Field saw its first airplane flight in 1911. Before even that, it was the landing site for a dirigible airship six years earlier. That date leads some historians and flight lovers to consider Pearson Field the oldest operating airfield in the country. The site was also the landing place for the first non-stop transpolar flight, achieved in 1937 by the Russian ANT-25 monoplane.

While the earliest flights at Pearson were military, an adjacent commercial field was established in 1925. The two were eventually combined into a single airpark. It was in 1925, as well, that the field received its name honoring Lieutenant Alexander Pearson. Lieutenant Pearson was an Air Force pilot who was killed the previous year during a practice flight. Today, the airport stays busy with an average of 144 operations per day. Also, it is the home base for 130 various aircraft.

Widely accepted as the oldest continuously operated airport in the world, College Park Airport in Maryland has been in use since 1909. During that year, it was founded by Wilbur Wright to train the country's very first military pilots. It has since continued to play an important role in the history of the nation's aviation. This airport has seen the first female to fly as a passenger, the first controlled helicopter flight, the first night landing, and more. Check out this list of more recent but no less amazing airplane feats.

College Park, in addition to being recognized on the American Register of Historic Places, is still a fully functional airport. This is due in part to its proximity to Washington, D.C. As of 2018, it sees an average of 62 flights per week, and it is currently home to 30 aircraft, including both planes and helicopters. The grounds are also home to the College Park Aviation Museum, a Smithsonian affiliate. 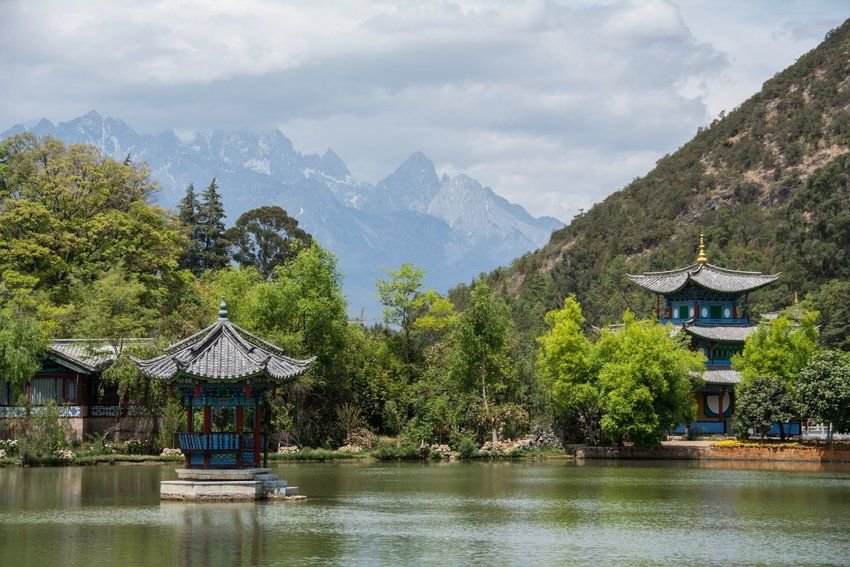 Here are five movie meccas competing with Hollywood for the cinematic crown.

The 43rd session of the World Heritage Committee convened in Baku, Azerbaijan, in 2019 to discuss which applicants would be named the newest UNESCO World Heritage Sites. In all, the