The 43rd session of the World Heritage Committee convened in Baku, Azerbaijan, in 2019 to discuss which applicants would be named the newest UNESCO World Heritage Sites. In all, the application process for World Heritage designation is extensive and can take years. However, the benefits are extremely helpful. Successful applicants receive funding to preserve sites. There are currently more than 1,100 UNESCO sites around the world. Here are seven of the newest that should be on your travel radar.

Historic Centre of Sheki With the Khan's Palace, Azerbaijan

This UNESCO World Heritage Site actually consists of two separate locations. The first, the ancient city of Sheki, was an important destination along ancient trade routes in the Middle East. Meanwhile, the second includes the Khan Palace in the northeastern part of the city.

According to the World Heritage website, the construction of the palace was funded from revenues earned in the silk trade during the 18th and 19th centuries. The site's historical significance and carefully preserved original architecture make it a global treasure.

A mudslide in the 18th century destroyed much of the original city of Sheki, but it was rebuilt. Today, the Khan palace is a wonder to behold. The exterior is almost entirely tiled and features battle and hunting scenes. Meanwhile, each stained glass window in the palace is made up of multi-colored glass mosaics that highlight the ancient architectural styles of the period.

The French Southern and Antarctic Lands are located in the southern reaches of the Indian Ocean, roughly between Madagascar and Antarctica. This unique territory contains Adélie Land, St. Paul and Amsterdam Islands, and the volcanic Kerguelen Islands, one of the most remote places on earth.

That said, it isn't the region's volcanic profile or remote location that earned it a coveted spot on the UNESCO list. It's the fact that this Indian Ocean oasis plays host to one of the highest concentrations of birds and marine mammals in the world. You'll find large communities of king penguins and Atlantic yellow-nosed albatross on the island.

The only inhabitants in this remote ocean region are French research teams that conduct work in biology, geology, and conservation practices.

Sanctuary of Bom Jesus do Monte in Braga, Portugal

According to National Geographic, it took builders nearly 600 years to complete this newly designated UNESCO World Heritage Site. The entire site is impressive, with whitewashed walls and exposed stone framework.

However, it's the staircase leading to the church at the top that earned the Sanctuary of Bom Jesus do Monte recognition by the World Heritage Committee. The church was built between 1784 and 1811, according to the World Heritage website, and is a stunning example of Baroque architecture. This splendid edifice to sacred faith was said to replace at least six chapels on location in the 14th century.

To get to the church at the top, many of the faithful climb all of the 577 steps. Traditionalists prefer to climb the staircase on their knees. If you decide to make your own journey, you'll encounter various fountains and small chapels along the way that depict the Passion of The Christ.

The ruins of this ancient Chinese city in the Zhejiang province date back more than 5,000 years, according to China Daily. Modern archaeologists have uncovered evidence of advanced city planning practices in Liangzhu from extensive excavations. There is also evidence that ancient inhabitants of the region engaged in water conservation practices.

The site is also known for its large reserves of jade, which the people once used in ancient ceremonies and rituals. Indeed, many historians maintain that Liangzhu was one of the last Neolithic jade civilizations in the world. Modern DNA studies suggest the area may have been one of several human migratory routes in the ancient world. This means the region may have hosted people from all corners of the globe.

Vatnajokull National Park is a massive 4,600 square miles. It offers unique landscapes you won't find anywhere else on the planet. Visitors can explore the park's ice caves, walk on glaciers, and visit one of the 10 volcanoes on-site.

It was the unique mix of fire and ice that prompted officials to suggest Vatnajokull National Park as a UNESCO nominee. In arguing for the park's inclusion on the nominee list, Icelandic officials noted how the park's icy glaciers and active volcanoes contribute to a diverse global eco-system. To visit, you'll want to book a tour, since much of the park isn't easily accessible without specially equipped vehicles.

Long considered to be the home of the most beautiful Buddhist temples in the world, Bagan now has the UNESCO World Heritage Site designation to prove it. However, this aptly named temple town is made up of not just one temple but thousands of them.

Each is a unique work of art, covered in mosaics and gold. The Bagan civilization reached its peak between the 11th and 13th centuries, according to the World Heritage website. Many of the shrines on-site were built during this time.

One of the best ways to tour the area is by taking a sunrise hot-air balloon ride. You'll get a bird's-eye view of many of the temples and be able to take in the beauty of the surrounding landscape. Note that more than half of the temples are located in the Bagan Archaeological Zone.

Originally built in 1945, this radio astronomy observatory remains in working condition today. It's located in northwest England, about 20 miles south of Manchester.

This UNESCO site may seem out of place when compared to the ancient wonders on the list. However, the Jodrell Bank Observatory met four of the ten World Heritage Site criteria, which is more than any other site chosen for World Heritage designation in 2019.

To date, the observatory has been instrumental in many scientific discoveries. It was particularly instrumental in the development of the science of radio astronomy, which in turn facilitated the growth of modern astrophysics. According to National Geographic, scientific studies conducted at Jodrell Bank Observatory have advanced human understanding of quantum optics, spacecraft tracking, and astronomy.

Though controversy and disagreement surround many firsts, these five airports are nonetheless some of the oldest in the country. 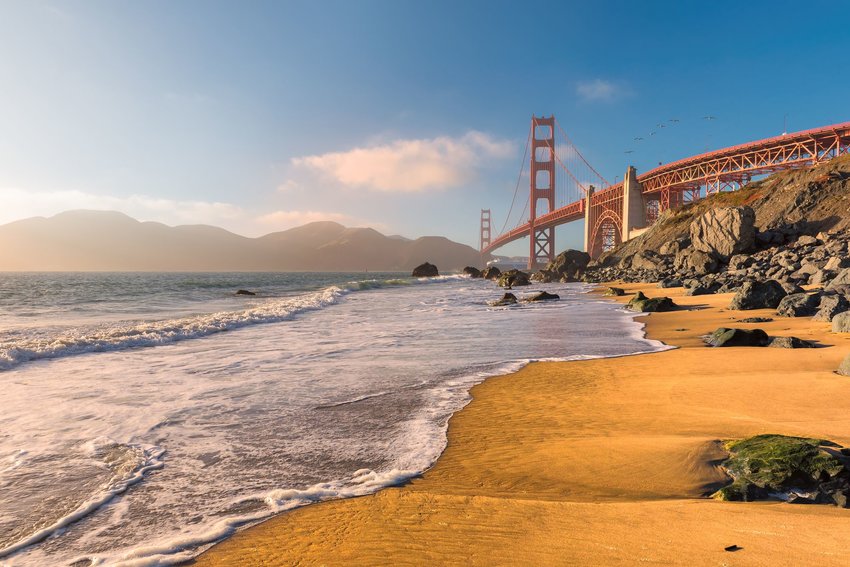 Clothing-optional beaches are usually associated with tropical locations along the Mediterranean coast. However, the United States also plays host to many beaches where visitors can strip down and enjoy a