The National Park System dates back to 1872. Since Yellowstone became the first national park, dozens of locations have been recognized as well (61 total, as of 2019, though there are 419 NPS-operated units like national monuments and historic sites). However, new parks are few and far between. The most recent four were established between 2004 and 2019 (yes, a new national park was added to the list this year!) Every now and again, the United States sees a reason to add to the list. Be sure to grab a park pass and go visit. Here are the four newest national parks.

Established as a national park in September 2004, the Great Sand Dunes preserve is located in Colorado. The large sand dunes tower at up to 750 feet on the eastern edge of the San Luis Valley. The park has the tallest sand dunes in North America, spanning an area of about 30 square miles. Evidence of human habitation in the sandy park and its surrounding valleys dates back about 11,000 years. The first people known to inhabit the area were the Southern Ute Tribe. Apaches and Navajo also have cultural connections to the dunes area.

With the most national parks in the nation (and some of the oldest and best), you may have overlooked California’s most recent addition to the National Park Service inventory: Pinnacles National Park. Located mid-state toward the coast, Pinnacles protects the mountainous area east of the Salinas Valley, a prominent farming community. The national park is divided by rock formations, which are only connected by foot trails. Pinnacles has a long history as public land, despite being established as a national park by President Barack Obama in 2013. It was originally established as a national monument by President Theodore Roosevelt in 1908. The most developed areas of the park are on its East side, but Pinnacles still offers mostly pristine wilderness.

You may have missed it in the news, but the St. Louis Gateway Arch was designated as a national park after many years as a national memorial in 2018. The city-defining Gateway Arch is a 630-foot monument that was completed in 1965 and is known as The Gateway to the West. The memorial was initially established to commemorate the Louisiana Purchase and subsequent westward movement of American explorers and pioneers, as well as the first civil government west of the Mississippi. Today, there is a museum on the 91-acre property as well.

On the shores of Lake Michigan is the newest national park in the U.S., the Indiana Dunes, authorized by Congress as a national lakeshore in 1966 and upgraded to national park status on Feb. 15, 2019. Containing approximately 15,000 acres of land, the park runs for nearly 25 miles along the lake’s southern shore. It’s Indiana’s first national park, and contains a surprising amount of rare plants and animals, some of which are on the federal list of threatened and endangered species (Mead’s milkweed and Pitcher’s thistle among them). The park is more than just sand dunes, too. You’ll find wetland, prairie, river and forest ecosystems. 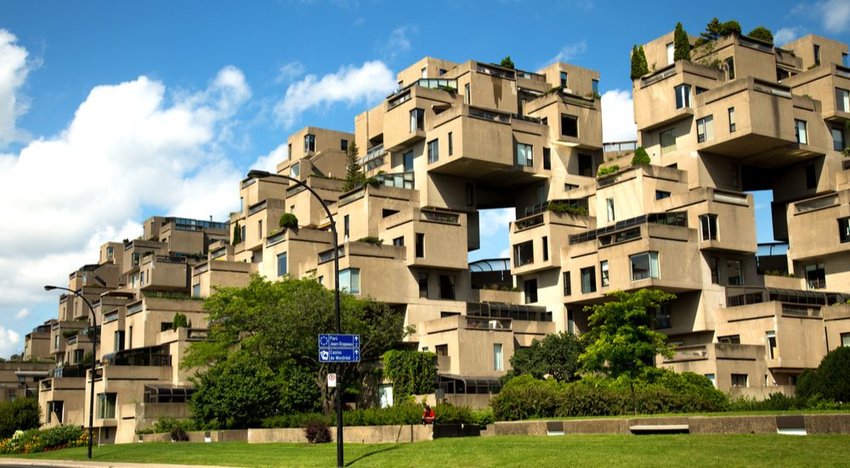 Prepare for some of the most confusing buildings ever constructed.