Whether you get sucked into folklore and conspiracy theories or not, you have to admit it would be pretty incredible to stumble upon conclusive evidence of Bigfoot. This hairy guy isn't the only mysterious creature that has people traveling from far and wide to spot him. There are plenty of places throughout the world that are shrouded in myth and mystery. And for those of you who lean into that, you'll love reading about these 7 spots knows for mysterious creatures.

Perhaps one of the most obvious places that's known for its mythic creature is Loch Ness in Scotland. Home to the reported Loch Ness Monster, or Nessie, people have been talking about a strange, long-necked monster living in these waters since A.D. 565. In the early 1930s, the myth made a resurgence when a newspaper reporter wrote an article about her Nessie sighting and belief in the monster in The Inverness Courier, according to BBC.

If you're a believer in Nessie, though, we may have to burst your bubble. The recent BBC article reports that scientists who ran DNA samples from the lake water found no evidence of prehistoric reptiles, sharks, sturgeon, or catfish present. These species have all been theories on what Nessie could actually be. There was, however, a lot of eel DNA. While small eels are common in Loch Ness, the researchers said they couldn't entirely rule out the possibility of giant eels. Perhaps a giant eel could be what people have reported seeing.

There are plenty of places where people say they've seen Bigfoot. But according to The Travel Channel, Washington leads the pack with 2,032 reported sightings of the furry beast. Hot spots for Bigfoot sightings are Blue Mountain, Okanogan County, and Ape Canyon. Perhaps that most harrowing Bigfoot tale from Washington comes from Ape Canyon. In 1924, a group of miners reported being attacked by not one, but several sasquatch (sasquatches? sasquatchi?). The creatures tried to break into their cabin by throwing rocks at it. In the same area, there's a report of an experienced skier going missing. And even Native American myth speaks of ape-men living on Mount St. Helens.

You might remember the 2002 movie The Mothman Prophecies, about a reporter who travels Point Pleasant to investigate a strange series of events. Well, this movie is based on the real myth of the Mothman, who is said to have made multiple appearances in Point Pleasant from November 12, 1966, to December 15, 1967. Initially, a couple reported seeing a bird-like man, or a man-like creature with wings. In 1975, author John Keel wrote a non-fiction book explaining how the sightings were related to alien activity and even the collapse of the Silver Bridge in Point Pleasant. While there haven't been newly recorded sightings, visitors still stop at the Mothman Museum or hang out at the Mothman Festival, held at the end of September each year.

The Atlantic Ocean Near Norway/Greenland — The Kraken

When it comes to pop culture references of the Kraken, you might be thinking of the Pirates of the Caribbean movies or maybe the video game "Sea of Thieves." But to sailors many years ago, the Kracken was not a mythical creature. It was a genuine concern for anyone sailing through the waters of the North Atlantic. According to the Museum of Unnatural Mystery, the Kraken could reach the top of a ship's mast, destroy the ship, and eat the passengers alive. Those who encountered the Kraken described is like a giant cephalopod — an octopus or giant squid type creature. Of all the monsters reported in the early days of ocean travel, the Kraken seems the most likely to be a real creature now that we know more about giant squids.

The Jersey Devil isn't quite as old as the Kraken. But the myth has cast a shadow over the Pine Barrens — a flat, heavily-wooded area of New Jersey — for several centuries. And the Jersey Devil is undoubtedly one of the darker monster legends floating around. Unlike Nessie, who just pops its mysterious head out of the water, the Jersey Devil reportedly kills its victims, including its own mother and siblings. Legend has it this monster began as a human but grew into a horrifying blend of human/dragon/horse. Sightings were at an all-time high in the early 1900s, when reports of unusual tracks led to school closures.

The Democratic Republic of Congo — Mokele-Mbembe

While the western world has plenty of bizarre myths and mysterious creatures, there are many more around the globe, such as the mysterious Mokele-Mbembe in the Democratic Republic of Congo. This strange creature is thought to be a dinosaur that didn't go extinct. Instead, it's just been hiding out in the jungle of the Congo. Rumor has it the dinosaur is up to 35 feet long, has grayish-brownish skin, and a long flexible neck like a brontosaurus. Unlike the herbivorous brontosaurus, however, the Mokele-Mbembe allegedly eats hippos, alligators, and elephants. It's interesting to note that rumors of monsters living in the African jungle have always been a thing. But, it wasn't until the 20th century when people started to discover dinosaur bones and fossils that the myth took the form of the dinosaur-like Mokele-Mbembe.

The Himalayan Mountains — The Yeti

Similar to Bigfoot, but perhaps a snowier version, the Yeti has been sighted many times in the Himalayas. The Abominable Snowman is another term for this bipedal creature, which came from the reported sightings of strange footprints on Mount Everest. Aside from the reports coming from Mount Everest, there are many other stories from all around the Himalayas. One such story that has stood the test of time is from a hiker in 1986. He took a few pictures of the monster, and after they were analyzed, it was proven they were not a hoax. 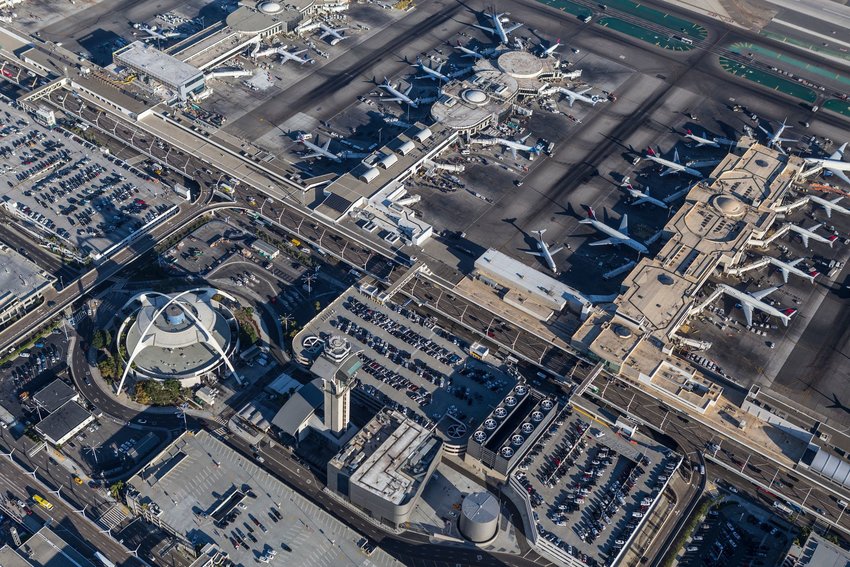 Air travel is likely the most frustrating part of your travels. From long security lines to cramped seats, flights aren't known for being comfortable experiences. Things only get worse when

The best memories are often made when you venture off the beaten path. While driving a car in a foreign country can be daunting, especially if you are used to