According to Vox, Hollywood experienced a record-breaking year in 2018, with more than $11.8 billion in ticket sales. And while most of us associate the movie industry with Hollywood, it's not the only place where movies are being made. In fact, it's not even the place where the most movies are made. Here are five movie meccas competing with Hollywood for the cinematic crown.

Nicknamed Hollywood North, according to Tourism Vancouver, this Canadian city is one of the most popular filming locations in the world. The Huffington Post puts Vancouver at number five in the world for filming locations, with over 4,000 credits listed on IMDB. Keen-eyed viewers will spot Vancouver locations in shows such as Riverdale and Supernatural or movies such as this year's Child's Play remake. The push to film in Canada isn't a new phenomenon, either. The cult classic The X-Files filmed all nine seasons in Vancouver.

So what makes Vancouver such a great place to make television and movies? There are two big reasons: locations and taxes. Vancouver offers diverse landscape options. Filmmakers can choose from beaches, forests, urban areas, and suburban housing. They can even fake the desert if the story demands it. There is a wide variety of buildings, too, which gives directors the ability to create the feeling of being in virtually any city in the world. Also, Canada offers significant tax incentives to production companies who bring their work north. The Canadian dollar is weaker than the U.S. dollar, giving companies even more purchasing power with their filming budgets.

While plenty of shows and movies are filming in Canada, Central Park in New York City still ranks as the most filmed place on earth. That's according to a report by The Independent, which writes that the world-famous spot appears in more than 230 movies. You'll see areas of the 1.3-square-mile park in movies such as Men in Black, When Harry Met Sally, Enchanted, and Elf.

Why is Central Park a lasting location in the film and television industries? In part, it's because the area is so iconic. Viewers know the park on sight. It offers one of the same advantages as Vancouver, too: diverse landscapes. Plus, New York City offers great tax incentives for film productions. According to NYC.gov, "The Film Production Tax Credit is a 30% tax credit on qualified costs incurred in New York State." That can lower those production expenses and leave more money for big-budget effects.

The Los Angeles Times calls it, "China's Hollywood," and more than 1,200 television shows and movies have been filmed there. Hengdian World Studios is the world's largest outdoor film studio. Construction started around 1995 and continues on today. The parent company has invested more than $3 billion, according to Yiwuen. Travel China Guide reports that the studios have 12 distinct filming locations, which recreate some of China's most famous areas. They include scaled models of the Forbidden City and the Palace of Emperor Qin. There is even an area that recreates the look of the Guangzhou province from the 1840s. One of the newest areas, Fantasy Valley, recreates natural disasters like volcanoes and floods.

While it's an incredible place, you might not have heard of it unless you are watching a lot of Chinese cinema. That's because it's used almost exclusively by Chinese production houses. China keeps a tight reign on its media, carefully screening releases to ensure they don't contain negative messages about the ruling government. Having its own exclusive production village makes it a lot easier to keep an eye on what is getting through. Still, turning out several hundred productions each year is an impressive feat, and Hengdian World Studios is helping to make it happen.

Nollywood is the second-largest movie industry in the world, according to Fortune, and there is a good chance you've never heard of it. It's the nickname for Nigeria's growing film industry. The country's movie industry didn't start until 1992 when an independent filmmaker (and electronics salesman) shot the movie Living in Bondage. It sold one million copies in one month and kicked off a cinematic boom. Today, Nigerian filmmakers are producing thousands of movies each year.

Why has the Nigerian movie industry exploded? First, Nigeria is the most populated country in Africa. More than 181 million people live in the country, so there are plenty of people available to buy a movie ticket. And now foreign investors are getting involved, according to The Jakarta Post. Well-known names such as Netflix are increasing the budgets and production quality of Nigerian–made films. That, in turn, is boosting ticket sales.

Bollywood is the biggest movie juggernaut in the world, and it's based in Mumbai. The name Bollywood comes from Hollywood and Bombay, which is the former name of the city of Mumbai. You can identify a classic Bollywood movie thanks to the lavish costumes, romantic storylines, and catchy dance numbers. It's a giant in the movie industry, and it's only getting stronger. According to Forbes, Bollywood released more than 1600 films in 2012. Hollywood was a distant third with 476. Ticket sales put Hollywood to shame, too, with twice the number of tickets sold in a year. India's total came in at 2.6 billion tickets. Compare that to the United State's 1.3 billion. The BBC reported that more than 14 million people go to the movies in India every day.

What makes Bollywood so big? First, it's headquartered in one of the wealthiest cities in India. That means people living there have the money and the time to go to the movies. The website also reports that, in the past, Bollywood was largely funded by criminal organizations as a way to launder money. That led to there being plenty of funds to spend, and the popularity of the films caught on with audiences. Today, outside investors are pouring money into Bollywood. They see huge profit potential in an industry that has shown nothing but growth over the last decade. 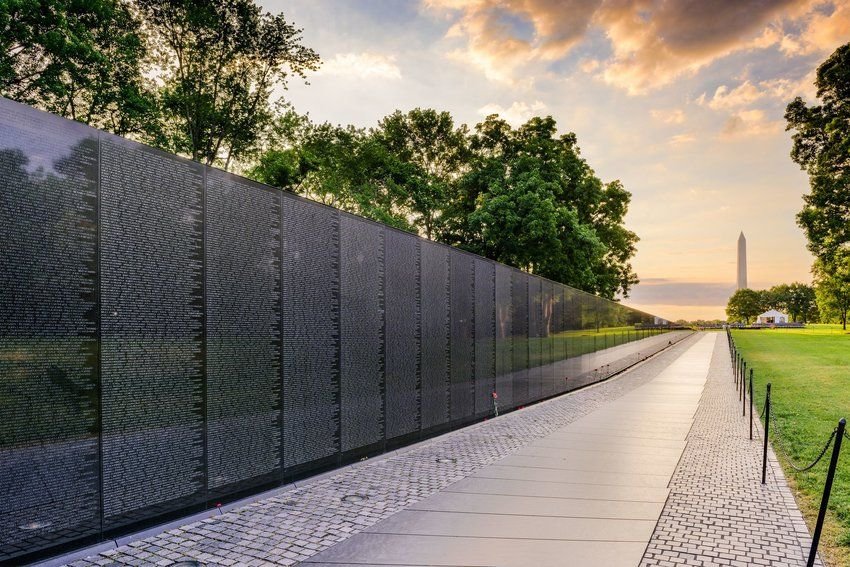 Monuments help preserve our history and remind us of the sacrifices made by those who came before us. War memorials commemorate the men, women, and even animals who have seen

Though controversy and disagreement surround many firsts, these five airports are nonetheless some of the oldest in the country.