The landscapes and scenery in movies inspire and thrill us, sometimes to the point of wanting to go there in person. Lucky for us, the following hit movies were filmed in real locations that would make perfect summer vacation destinations.

Kualoa, a 400-acre nature preserve and cattle ranch located on the island of Oahu, is one of the most famous movie filming locations in the world. Ka’a’awa Valley has frequently been called “Hollywood’s Hawaii backlot,” as many popular movies such as Godzilla, Jurassic Park, 50 First Dates and Jumanji: Welcome to the Jungle have been filmed in the area. Check out the official Hollywood Movie Site Tour for a backstage look at some of your favorite movies.

A variety of other island tours are also available. Try your hand at kayaking during a two-hour excursion on the sparkling blue waters of Kaneohe Bay. If watersports aren’t your area of expertise, ATV, horseback and trolley tours are other exciting options.

Lord of the Rings, one of the most successful movie series of all time, boasts many unique filming locations. The Hobbiton set on New Zealand’s North Island is probably the location you’re most familiar with — but did you know there’s an even more impressive site to visit? Tongariro National Park, also located on North Island, is home to three active volcanoes, the most important volcano being Mount Ngauruhoe, or Mount Doom of Mordor, in the films. While the mountain is available to hikers, the steep terrain can be dangerous with thick, soft ash on the ground at the top section. There are plenty of less intense nature walks in the area with valley views set to a Mount Doom backdrop guaranteed to delight any Lord of the Rings enthusiast.

Disney’s new live-action movie Aladdin was filmed in the valley of Wadi Rum, located in Southern Jordan near the border of Saudi Arabia. This stunning desert landscape is a protected area, famous for Bedouin-style camping, hiking, rock climbing and scenic views. Go on a desert safari on camelback or an all-terrain vehicle to see sand dunes, canyons, a natural spring and the Alameleh inscriptions, well preserved ancient Arabian rock drawings. If you don’t want to camp but are still interested in visiting Wadi Rum, stay in the port city of Aqaba, Jordan, located on the Red Sea about an hour west of the valley. Or, stay in Petra, Jordan, about two hours north of the area.

What other movies were filmed in Wadi Rum? Rogue One: A Star Wars Story, The Martian and the 1962 hit Lawrence of Arabia, to name a few.

The 2017 film Wonder Woman made fans swoon over the gorgeous landscape in the fictional city of Themyscira. Fortunately for us, we can visit many of the locations in the film. The town of Ravello is located next to Italy’s popular Amalfi coast and is home to some of the most memorable views in Wonder Woman. Here, at Villa Cimbrone, visitors can find the “Terrace of the Infinite” with sweeping views of the Mediterranean Sea. The gardens at this luxury hotel are open to the public all day until sunset for a small entry fee. If you need a break from the bustling Amalfi beach down below, head up the cliffside into this charming village and you’ll feel like you’ve stepped back in time.

Saint Vincent Island, Saint Vincent and the Grenadines — ‘Pirates of the Caribbean: The Curse of the Black Pearl’

Pirates of the Caribbean fans will be happy to know that the first movie of the series, The Curse of the Black Pearl, was filmed in its namesake. Filmmakers chose the Caribbean island of Saint Vincent because it was one of the quietest, most scenic beaches in the area. The most popular location to stay while visiting is in the southern portion of the island in Saint George, home to beach hotels full of character and charm. Composed of partially submerged volcanic mountains, this island is great for adventurers ready for waterfall hikes through the lush rainforest.

Mission: Impossible fans might remember the epic helicopter scene on a cliff at the end of the latest movie in the series, Mission: Impossible — Fallout. That scene was filmed in Forsand, Norway, on the cliff Preikestolen, which rises a staggering 1,982 feet above the fjord below. Today, this area, also known as the Pulpit Rock, is one of the most visited tourist destinations in Norway due to its breathtaking views, even though access is only available through a nearly 2.5-mile hike. It’s best to visit this area during late spring to early fall due to potentially dangerous terrain in winter months.

Marvel Comics’ 2018 blockbuster film Black Panther mesmerized audiences with the futuristic, fictional country of Wakanda. While most of the film was shot in studio, fans can visit Warrior Falls, actually called Iguazu Falls, the location of the ritual combat scenes in the movie. Located on the border of Southern Brazil and Northern Argentina, this scenic landscape makes up the largest waterfall system in the world.

There are a wide selection of hotels a short drive away from the falls, but if you’re looking for the full experience, stay in one of the 5-star hotels in the park for an unforgettable waterfall view — guests have even reported hearing the waterfalls from their rooms. Other popular activities in the area include Jeep tours, walking and hiking trails and guided day excursions. 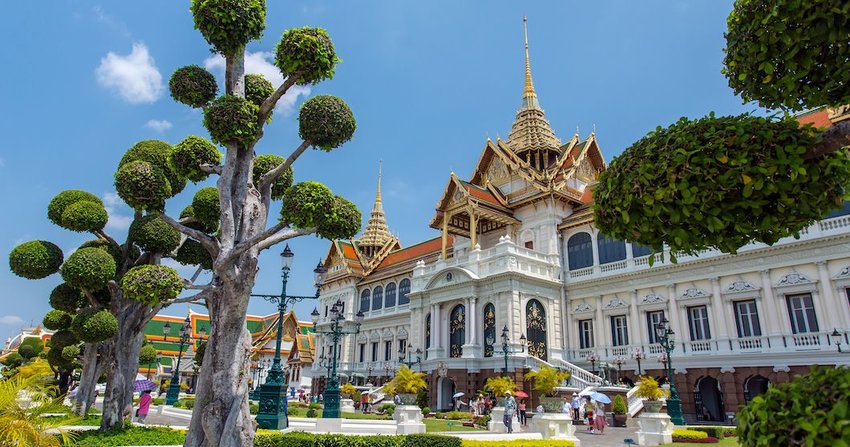 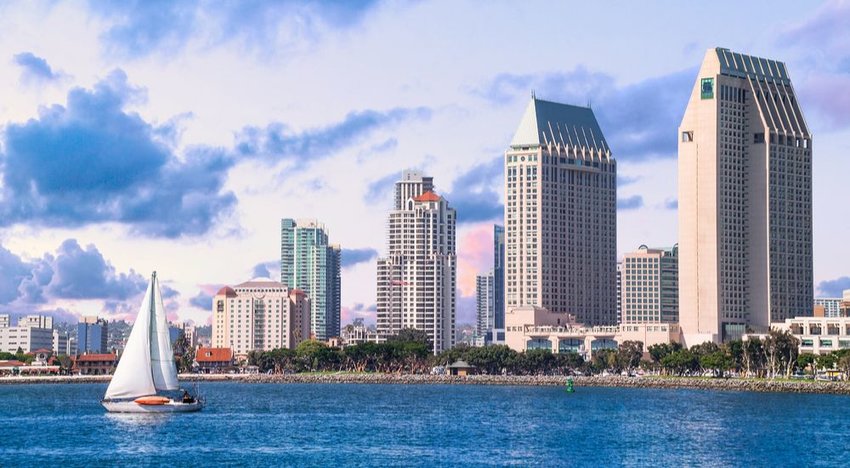