There aren’t many things in the world that cost more than construction. Base prices start high and usually keep climbing when things go wrong, supplies run short, new demands are foisted on the engineers or when the Earth decides it’s not going to cooperate with the crew. Whatever the reason, there are some truly impressive price tags attached to structures the world over. These are the most expensive buildings ever built.

The United Arab Emirates is the fifth richest nation in the world and its capital, Abu Dhabi, is internationally famous for its wealth. Naturally, its most famous hotel would exceed the standard five-star classification and cost billions of dollars to build. Not that you’re not getting your money’s worth when you stay there. The hotel features read like a Disney Channel Original movie’s idea of what a rich person’s house would be like, with bath caviar, ridiculously expensive cognac, enormous TVs, domes and fountains all over the place, a private beach, multicolored marble and plenty of other examples of extreme luxury. Though when you’re paying $5,000 a night, at a minimum, all those features start to make sense.

We could fill three different slots just with buildings from the reconstruction of the World Trade Center. One World Trade is the world’s most expensive office building and Two World Trade is going to cost around $4 billion. But it’s the Oculus that makes this list. It was designed by Santiago Calatrava, a Spanish architect famous for blending advanced engineering techniques and sculpted drama to his designs. That’s definitely true for the Oculus, the transportation and retail hub for the modern World Trade Center. He drummed up some controversy with how he spent the billions, but you can’t deny how captivating the end result is.

It makes a lot of sense that a casino could cost this much to build, especially if you consider the circumstances around its construction. It’s Singapore’s first major casino, so they’d need to do something that would set them apart in a world dominated by Vegas stereotypes (even though the property itself is owned by Las Vegas Sands). That’s why they built a casino with the world’s largest cantilevered platform and atrium casino, a 450-foot rooftop infinity pool and all kinds of shopping and museums and theaters and restaurants. All in all, they made a compelling argument for skipping Vegas and giving Singapore a shot.

There are a lot of open world video games that use some kind of tall building as an orientation point, like the Washington Monument in Fallout 3 or High Hrothgar in Skyrim. Abraj Al Bait, the megastructure in Mecca, is kind of like that, visible out to 17 kilometers in some places. If it looks familiar, that’s because architect Dar Al-Handasah borrowed some design elements from Big Ben, though he kept the design in Islamic style other than that. Few buildings give a full sense of their scale, but Abraj Al Bait is the exception.

The concept of Kansai Airport is admirable, even in spite of the initial $8 billion price tag. It would connect the people of Osaka, Japan, to the rest of the world, boosting their economy and well-being in all the ways international airports do. But engineering theory and ambition can only get you so far and once you start building, things tend to go wrong. For Kansai, the main issue quickly became how much the man-made islands it occupies were settling, making them extremely vulnerable to flooding and erosion. Efforts to combat both have dropped an additional $12 billion on top of the original construction estimate, making Kansai the most expensive airport in the world.

Anywhere between $21 and 25 Billion

Construction’s only just started on the International Thermonuclear Experimental Reactor (ITER), but $18 billion is way too much money to not include ITER on this list. It’s the first realistic, reliable estimate for the building that’s been available since the ITER was first proposed back in 2006. Back then, the seven international entities (Europe, United States, China, India, Japan, Russia and South Korea) proposing the reactor thought the project would top out around $5.6 billion. It only took five years for those estimates to roughly triple. Since then, the estimate expanded to the current mid-twenty billion. For the money, human’s might be capable of generating power from nuclear fusion, basically giving us little suns.

Pulling together the full cost of the International Space Station is a daunting task that approaches impossible. Too many countries have contributed and it’s difficult to parse out operating costs from construction costs since both are ongoing. The United States government estimates the station’s cost the U.S. $50 billion since 1994, and bringing in international costs is what bumps the price up to $100 billion. Having an office building/experimental facility/residence in space makes it worth it though.

King Salman’s Expansion of the Grand Mosque of Mecca

King Salman’s most recent expansion of the holy site at Mecca started in 2011 with an estimated construction cost of $26.6 billion and another $35.5 billion paid to landowners as compensation. A few years later, a $2.6 billion two line metro system was approved and a $9.3 billion high speed rail system linking Mecca and Medina. There was also a $7.2 billion passenger terminal built in the nearby city of Jeddah. All told, his project has cost somewhere in the ballpark of $100 billion, a staggering amount of money, though understandable considering the site’s importance to Islam. 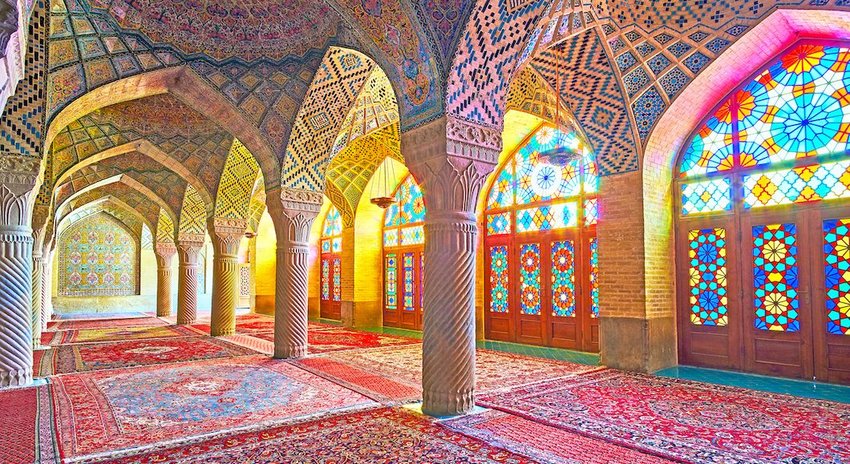 The world’s largest continent undoubtedly claims some gorgeous landmarks. Here are six of them.

For the time being, tourism in Europe’s only increasing. Here are the cities where all those people are flocking to.