Mountaineering is not for the faint of heart. Mountain climbers must face the threat of frostbite, avalanches and dizzying heights, all for the sweet victory of reaching a summit. And while many climbers survive these risky escapades, several men and women have fallen victim to the harsh climate and unforgiving nature of the mountains. In the end, mountain climbing is a deadly business, but somebody has got to do it. Read on to learn about the seven most dangerous mountains to climb in the world.

The tallest mountain in North America, Denali stands at a massive 20,310 feet. While the Alaska Range is not as high as the Himalayas, the mountain’s relative proximity to the Arctic circle makes for a brutal climbing experience. Denali’s latitude is so far north that it consistently maintains freezing cold temperatures and has extremely thin air. Climbers are often subject to frostbite, hypothermia and in more severe cases, high altitude pulmonary edemas or snow blindness. Furthermore, the Alaska Range is prone to severe weather changes and is often shrouded by the clouds. As a result, Denali has a success rate of 60% and, according to CNN, 123 climbers have died attempting to summit Denali since 1932.

At 29,029 feet, Everest is the tallest, and perhaps, the most renowned mountain in the world. There is a common misconception, however, that it is also the world’s most dangerous mountain to climb. Although climbing Mount Everest is no easy feat, in the insular world of mountaineering, it is neither considered to be the most technical nor challenging. Nonetheless, its reputation continues to draw scores of climbers every year. Sadly, the deaths of climbers and the Sherpas who assist them are not uncommon. In 2018, there were five deaths on the mountain, bringing the total numbers of Everest deaths to 293 between 1921 to 2018, according to Alarnette.com.

Switzerland’s natural beauty and staggering peaks call to climbers from across the globe. But of all the mountains to climb in Switzerland, the Eiger, a 13,025-foot peak in the Bernese Alps, is perhaps the most treacherous. The Nordwand, or north wall, of the mountain is nearly 6,000 feet of sheer rock and ice and has been the cause of death for many climbers. As a result, it has earned the nickname Mordwand, or “Murder Wall.” The famed peak was first summited in 1938 and in the years since, thousands have tried and failed to reach the summit, with over 60 people meeting a deadly fate.

Outside of the climbing world, Meru was a relatively unknown mountain peak located in the Garhwal Himalayas of India. That all changed, however, when professional climber Jimmy Chin and his then-girlfriend, now-wife Elizabeth Chai Vasarhelyi set about to create a documentary about the peak’s first ascent.  The partner directors, who recently won the 2019 Oscar for Best Documentary for Free Solo, released Meru in 2015 to wide acclaim. The film documents Chin, and two other climbers, world-renowned climber Conrad Anker, and newbie Renan Ozturk, as they make two attempts to climb the never-before summitted peak. Despite many setbacks and dangerous mishaps, the three climbers manage to summit Meru via its Shark Fin route. Since then, Meru has earned the reputation of being the “Anti-Everest,” as it’s far less popular and much more dangerous.

With nicknames like “Man Eater” and “Killer Mountain,” there’s no doubt that Pakistan’s Nanga Parbat is dangerous. And as the ninth tallest mountain in the world at 26,660 feet, it is also one of the deadliest. The mountain’s most recent victims were climbers Tom Ballard and Daniele Nardi, both skilled European climbers. The two men disappeared while ascending Nanga Parbat in February 2019; their bodies were discovered a few weeks later. Mr. Ballard was the son of a famous British climber, Alison Hargreaves, who was the first woman to summit Everest without Sherpas or bottled oxygen; she perished a few months later on a K2 descent. Mr. Ballard also was the first person to climb the six great north faces in Europe, a feat which earned him the title “the new king of the Alps.” Sadly, while he and his climbing partner may be the latest victims on Nanga Parbat’s harsh face, they certainly will not be the last.

At 28,251 feet high, the summit of K2 is nearly 800 feet lower than Everest, but it's far more difficult to reach. Its extremely technical ascent has earned it the nickname “The Savage Mountain,” and with 84 deaths out of 367 successful summits, its fatality rate is rather high. While mountaineers often meet their deaths by falling, the most common reason for a climber’s death on K2 is a “disappearance” — an eerie cause of death that could be attributed to an avalanche, wind gust or some other unnamable misfortune.  And with three separate disasters —  tragedies that claim numerous victims in a single event — occurring in 1986, 1995 and 2008, it’s clear that this mountain is as perilous as they come.

Annapurna is widely considered to be the most dangerous mountain in the world. The 26,545-foot high peak was first summited in 1950 and since then, its fatality rate has consistently hovered between 30% and 40%. It is also prone to natural disasters, as avalanches happen to be the most common cause of death amongst Annapurna climbers. In October of 2014, a deadly combination of blizzards and avalanches claimed the lives of 43 trekkers and climbers in the region. Many of the victims weren’t professional climbers, just tourists and hikers on the Annapurna Circuit, a 142-mile long-distance trek that circumnavigates the summit. For those who do attempt to reach the top of the mountain, the south facing ascent is considered one of the most challenging climbs in the world and is a large contributing factor to Annapurna’s title as Earth’s deadliest mountain. 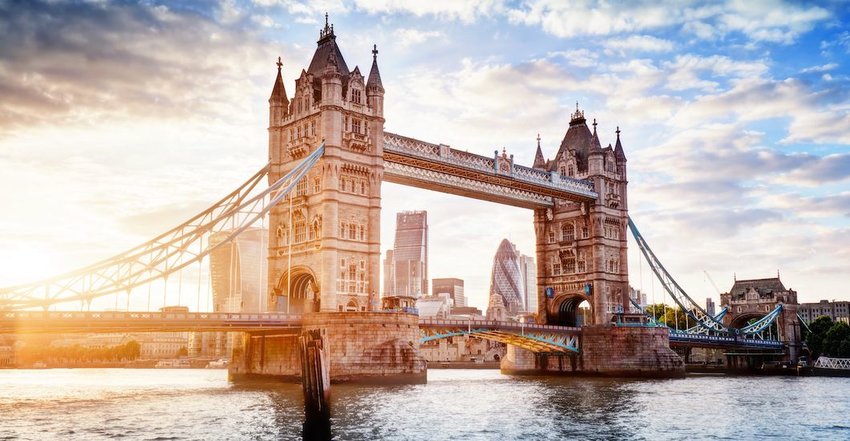 Thing you know a lot about London? Here are eight things we bet you didn't know.

Greece is home to thousands of islands. Here are five unique ones you should visit.