How frustrating is traffic? The stop and go. The not knowing when it will let up. The fear of missing an appointment. If you concur, avoid these eight most congested American highways.

Rankings come from a Forbes summary of the INRIX Global Traffic Scorecard.

For this particular stretch of I-278, also known as the Brooklyn Queens Expressway and frequently shortened to the BQE, you’re going to spend a lot of time staring at some of the more nondescript sections of Brooklyn, with a small taste of Queens from above. There are a few shorter sections where you get a nice view of the Manhattan skyline and you’ll be in them long enough that you can take a picture or two, but the novelty wears off quickly and you’re back to staring at the bumper of the car in front of you.

Boston was first laid out for foot, hoof and buggy traffic, with plenty of winding roads and twisting turns. The layout makes for plenty of charm, adds to the character of the city, and makes it a fun place to explore, but it’s torture to try and navigate on four wheels. Obviously, that’s a characteristic that should be extended to the local highways. For a little more than eleven miles, the highway’s gridlocked, ensuring that your trip south out of the city is as slow.

Philadelphia’s in the same boat as Boston in terms of city design. The streets wind back on themselves, they don’t go by numbers or any easy to decipher pattern and engineers really used that confusion building the highways that go through the city. There’s a nice long stretch of I-76 (the Schuylkill Expressway) that goes from Conshohocken all the way down the river, almost to the center of the city, where you can expect to spend a significant portion of your commuting life. Your main chance at salvation is to stop off in Manayunk, have a few beers, move there, then start taking the train wherever you need to go.

From what we can piece together, Pittsburgh drivers have an almost cultish devotion to their city’s traffic, bordering on masochistic pride. Pittsburgh commuters sit in an inordinate amount of traffic, they’re intensely aware they sit in an inordinate amount of traffic, and they’re desperate not to sit in so much traffic. Yet, you get the sense that if the city’s traffic issues were solved tomorrow, there’d be a section of the population who’d get nostalgic for it and say things like, “This city’s not what it used to be” or “When I was your age, I’d have to fight through two hours of traffic. Uphill. Both ways.”

Los Angeles is so famous for traffic that making it the backdrop for the opening of La La Land doesn’t seem that far fetched (especially the part where someone’s smuggling a marching band in a U-Haul). Though we’d guess that the people in L.A. traffic are much less optimistic that the rose-glasses-wearing dancers currently holding up the off ramp. Statistically, L.A. traffic doesn’t get any worse than the stretch of I-10 between I-405 and I-110. Anecdotally, traffic is the worst wherever it is people are currently stuck.

Chicago is going to take the next two spots on this list, which is a little surprising, if only because we rarely hear people in real life or on the internet complaining about driving in Chicago. More we hear them complaining about the L. But the numbers are there to back up any Chicagoan who wants to complain about the automotive situation on the city’s highways.

Part of the reason I-94 might contribute to congestion on I-290 is because I-94 is full of people who are confused as to how the road they’re currently on could be I-94 and I-90 at the same time, so they bail onto I-290 and leave the mess of an interstate system that is Chicago’s downtown. Which also gives us a perfect segue into the next entry.

That segue being, how can it be a good idea to bring two huge interstate highways into a single road? That seems like it would present a slew of problems in a bustling metropolis. No wonder people can’t move. They’re trying to navigate two highways at the same time.

The Cross Bronx Expressway is technically part of I-95, but we’re going to talk about it as if it’s its own thing, because it totally is. It’s a monstrosity that brings the Bronx to a standstill when New Yorkers who haven’t abandoned their cars want to go somewhere. How The Bronx is Burning isn’t about rioting commuters trying to deal with the expressway is a mystery. 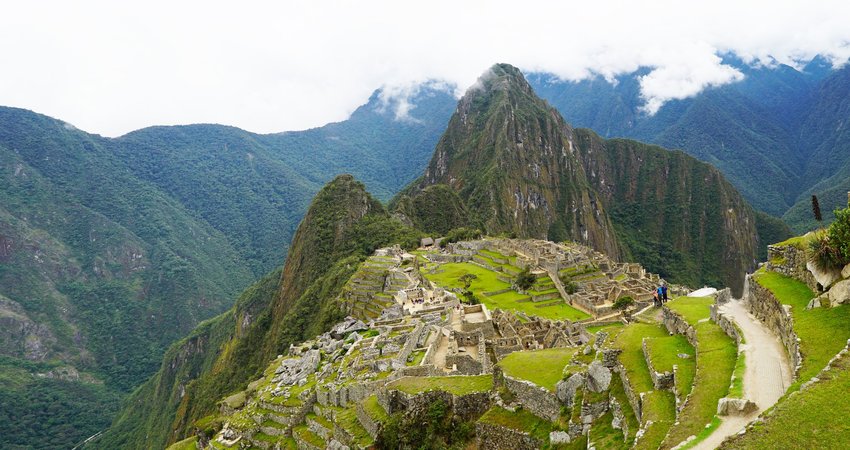 The Seven Wonders of the Ancient World were named as feats of engineering or gardening. Only one, the Great Pyramid of Giza, still stands. Then there are the Seven Natural