The world’s largest continent undoubtedly claims some gorgeous landmarks. From an extravagant tomb, a royal palace, fields of temples and the most incredible mosque, we’ve scoured Asia to bring you its 6 most beautiful landmarks:

If you’re all about finding beauty in the most random places, you cannot miss Buddha Park. Honestly, I didn’t find Vientiane to be overly exciting or pretty. In fact, I cut my time short to move on to different cities in Laos. However, I’m so glad I hired that tuk-tuk to haul me the 20 minutes outside of town, because what I found there was simply stunning.

Tucked away in what would have otherwise been an arbitrary field, Buddha Park was constructed in 1958 by a monk who studied both Buddhism and Hinduism. For this reason, it contains a collection of over 200 sculptures and statues from both religions. Its grassy location on the banks of the Mekong River and the concentration of statues likens the park to a graveyard. Or that was my first impression, anyway.

Although the entire place is impressive, the most spectacular pieces are the 40-meter high reclining Buddha, the 12-faced deity and the king of the Hindu gods riding a 3-headed elephant.

Although the sprawling palace grounds ooze with excessiveness, most folks can’t deny being impressed by the colorful, gaudy, over-the-top and downright marvelousness of the former-royal residence. Built in 1782, this palace housed the Thai King, the royal court and the administrative government for 150 years. Today, although the palace is no longer inhabited, it’s still used for official events.

The palace complex is made up of over 100 buildings. Temples, administrative buildings and pavilions are set asymmetrically among gardens and courtyards. Designed in obvious Thai architectural style, dashes of European influence are seen throughout. The palace’s most striking characteristics are the intricate carvings, elegant spires and eye-catching gold and red hues.

Most notably, the palace is also the site of Wat Phra Kaew, the temple housing the revered 14th-century Emerald Buddha.

The Great Wall of China, China

Best defined as a defense network of walls and forts, the Great Wall of China is the longest man-made structure in the world. The wall acted as a barrier along China’s northern borders, protecting the country from invasions and raids from outlying nomadic tribes. There are multiple access points for tourists, but passage from Beijing allows entry to the most impressive parts of the wall.

The wall itself is not one long barrier, but rather a series of walls built at different times throughout history. The Qin dynasty was the first to begin work on the wall in the 3rd century B.C. and several dynasties thereafter continued work on the project through the 17th century. The finished product crisscrosses through nine provinces and runs for thousands of miles.

Breathtaking does not accurately describe the view after hiking up the wall and turning back to see the wall snaking over the endless ridges and disappearing into the distance. Despite its great beauty, it’s unfortunate to learn that an estimated one million laborers died in creating what is now a modern-day marvel.

The Temples of Bagan, Bagan, Myanmar

Hailed as one of the richest archeological sites in Asia, the 10,000+ temples that once stood in this area showcase the unwavering religious devotion of the Burmese people. These temples were constructed between the 9th and 13th century when Bagan was the capital of the kingdom.

Because of multiple earthquakes, there are now just a few thousand pagodas, shrines and temples remaining. However, the view still seems otherworldly. Gazing over the plain as the sun washes over the temples at sunrise or sunset makes for the most enchanting experience.

The Taj Mahal is unapologetically majestic. Commissioned by Mughal emperor Shah Janan in 1632 as a mausoleum for his third (and favorite) wife, Mumtaz Mahal, the Taj Mahal also holds the tomb of the emperor himself. The structure and surrounding outlying buildings were so vast and complex that it wasn’t completed entirely until 1653.

Created from ivory-white marble imported from multiple countries, the focal point of the structure is clearly the tomb capped with the iconic onion-shaped dome. The intricately carved masterpiece sits like a crown jewel at the top of a long reflecting pool.

As a UNESCO World Heritage Site since 1983 and one of the Seven Wonders of the Modern World, there’s no way this landmark could miss this list.

Nicknamed the Pink Mosque due to the abundance of rosy-hued tiles used in its interior, the Nasir al-Mulk Mosque in Shiraz is arguably the most beautiful man-made landmark in Iran. No matter what you believe, stepping foot into the stained-glass adorned mosque will certainly induce some sort of spiritual awakening. The entire building glows with tinted sunlight streaming through the colored glass, framed by traditionally concave areas.

The motif tile work is insanely detailed. At first glance, the entire ceiling appears like an abstract mural but is actually tiny painted tiles that have been precisely placed to form a flowing mosaic. Visit in the early morning to catch the best light show. 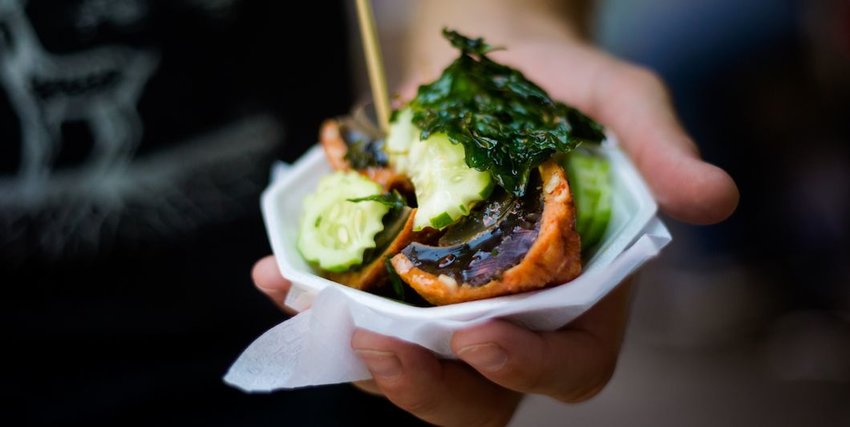 Cultural delicacies can seem bizarre and intimidating to foreign travelers. Muster up the courage and try these. 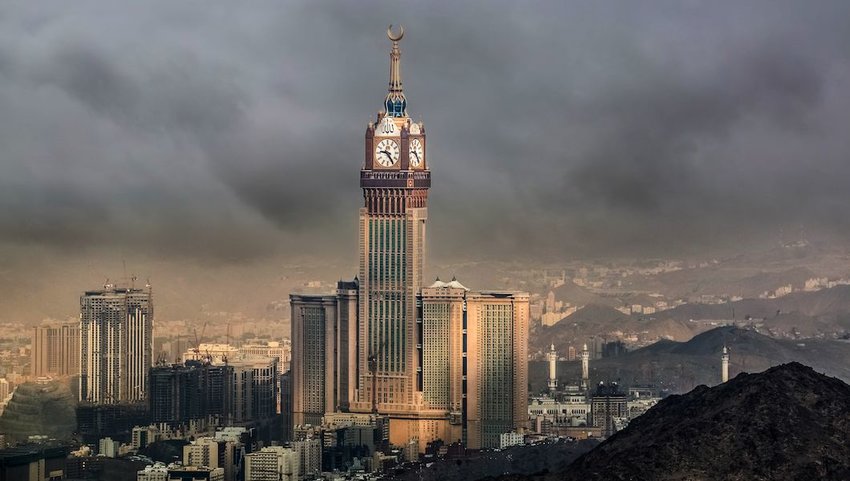 There aren’t many things in the world that cost more than construction. These 8 buildings prove that.