Since its beginnings in India, Buddhism has spread around the globe. Today, you'll find  followers anywhere in the world, along with the beautiful and unique temples dedicated to the Buddha. They range from fantastically ornate to wonderfully spartan. Each one is worth a visit, but some are absolutely breathtaking!

Visitors are usually warmly welcomed at Buddhist temples. However, it's important to remember that these gorgeous spaces are places of worship and reverence. During your visit, dress modestly (covered shoulders and knees are a must), keep your volume low, and be respectful when taking photos. With these guidelines in mind, you'll be ready to explore the 10 most beautiful Buddhist temples in the world.

The dome, or stupa, of this temple is one of the largest in Asia. Paintings of a pair of eyes adorn each of the four sides of the pagoda, symbolizing that Buddha sees all and knows all. Built around A.D. 600, this temple is still one of the most popular attractions in Kathmandu. According to Lonely Planet, legend has it that a prince built the temple as penance for accidentally killing his father. Today, worshipers visit the temple at sunrise and sunset to offer prayers of thanksgiving. All visitors are welcome to join in.

The only American site to make this list, this temple sits on the island of Oahu in Hawaii. It's also one of the newer temples on this list, built in 1968 as a tribute to the Japanese immigrants living on the island. So, the site's architecture mimics that of Buddhist temples in Japan.

The Byodo-In temple has also been featured in several American television shows, including Lost, Hawaii Five-O, and Magnum P.I. The site welcomes worshipers of all faiths and hosts many events throughout the year.

Tucked just outside Hong Kong's busy Central district, the Man Mo temple offers a quiet refuge for all visitors. It's a surreal experience stepping inside the temple. Spiraling incense coils adorn the interior, hanging from the ceiling and numbering in the hundreds. The incense gives the temple a smokey, other-worldly ambiance. The coils are lit by worshipers as offerings to the Buddhist gods of literature and war.

The oldest parts of this temple date back to A.D. 652. According to one story, the Tibetan king Songtsan Gambo tossed his ring into the air and declared he would build a temple wherever it landed. After the ring landed in a lake, a shrine or stupa emerged from the waters.

Today, the temple is a sacred religious site for Tibetan monks. It has certainly survived its share of challenges. The temple was ransacked by Chinese Red Guards during Mao's Cultural Revolution. Thereafter, it became a storage space and hotel before being re-sanctified as a temple more than a decade later. It caught on fire recently, and some speculated it was due to arson. However, thousands of worshipers continue to make a pilgrimage to the site every year.

The name of this temple translates to "temple of crossing the blue shore." Whatever one calls it, the Seiganto-ji temple is picture perfect. Its strikingly red structure sits near the Nachi Falls within the forests of the Wakayama Prefecture. The site itself has been a place of worship for more than 1,500 years; the original temple was reputedly built by a wandering Indian monk.

You can enter the site for free, but there is a small donation to enter the pagoda. It is, however, one of the easier temples to reach. The Seiganto-ji is just a quick bus ride from Shingu station. Be sure to check out these tips for traveling to Japan.

Angkor Wat is one of the most famous Buddhist temples in the world. It was even the filming location for Angelina Jolie's 2001 Tomb Raider movie. Interestingly, it started as a Hindu temple before transitioning to a Buddhist place of worship. Like many of the other locations on this list, Angkor Wat isn't just made up of one building. It's a temple complex situated on more than 400 acres, making it one of the largest religious sites in the world. Angkor Wat is also a designated UNESCO World Heritage Site.

This site boasts thousands of temples. Built over a thousand years ago, the original 26-acre site contained over 4,000 temples. Today, more than 2,200 temples still exist at Bagan. The Telegraph calls the site "a gloriously unsullied destination." The site is as famous for its hot air balloon rides as it is for its temples. Balloons take off at sunrise and provide a magnificent view of the area's temples and landscape.

Paro Taktsang clings to the side of a mountain, perched on a cliff that looks almost too small to hold its structure. You can only reach this mysterious temple on foot via one of three different paths. Visitors decorate the paths with ribbons and bunting and treat the walk as a sacred path up to the temple. The treacherous terrain is why the temple burned down in 1998, however. Rescue vehicles weren't able to reach the temple to put out the fire. Paro Taktsang has been rebuilt since then and is again open to visitors.

Also known as the "White Temple," this beautiful site has been open to the public since 1997. The building is constructed from immaculate white plaster, which symbolizes Buddha's saintliness.

Since the builders also mixed bits of glass into the plaster, the entire structure sparkles in the sun. According to Slate, the mirrored surfaces are there to symbolize self-reflection. Built by an artist, it's probably the most unusual Buddhist temple on this list.

The third Myanmar temple to make the list, the Shwedagon Pagoda is one visitors to the country won't want to miss. The temple stands over 110 meters tall, an imposing structure in its surroundings.

Its most striking feature, however, are the gold plates that cover its structure. Not only is it covered in gold, but many of the spires are also topped with diamonds. One diamond weighs in at a whopping 72-carats, according to the official temple website. The temple even houses strands of the Buddha's hair. While it's stunning to look at, it's also a great location to learn more about the Buddhist religion. 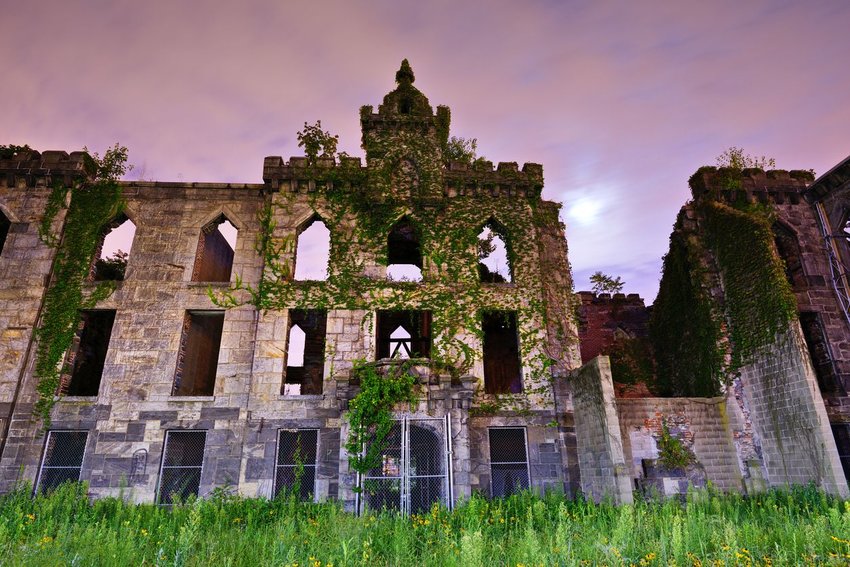 From national parks to moving monuments, there are plenty of famous and unique places to visit in the United States. However, there are some attractions that are so bizarre, it's 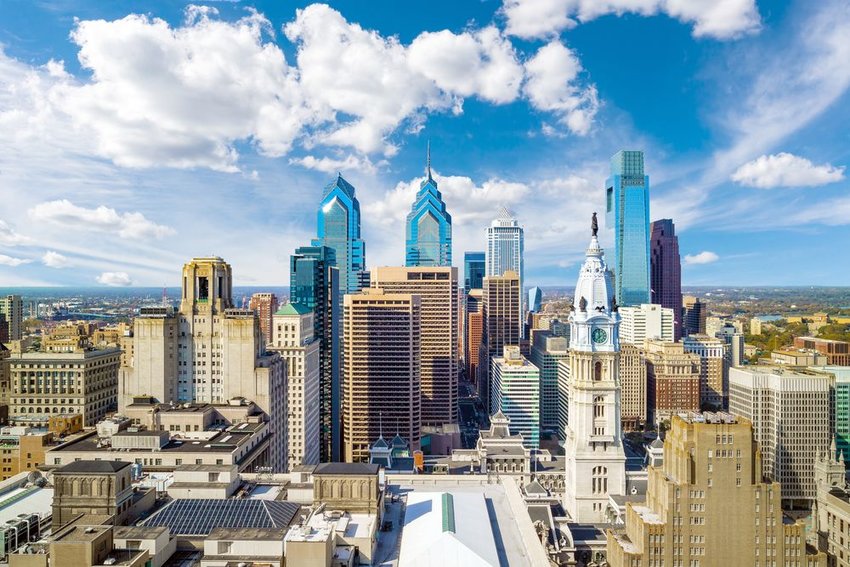 William Penn founded Philadelphia in 1682, a full 94 years before the United States achieved independence. Since then, the city has played a central role in the history, politics and