Are you a "Game of Thrones" fan? If so, you might know that Kingsroad is The Dark Hedges in real life. This Irish location features an iconic avenue of beech trees with a breathtaking canopy of crisscrossed branches. And, visitors have come from all over the world to marvel at the magnificent site since the TV shows run. If you'd like to see other TV show locations you can visit in real life, our 10-location list should keep you busy for a while.

Fans of "Sherlock" know that the iconic address at 221 Baker Street isn't really a residence. Today, it's the location of The Sherlock Holmes Museum. You'll see the famous first-floor study in immaculate condition, with Victorian artifacts straight from the scenes of the iconic TV show.

After your visit, get a bite to eat at Speedy's Sandwich Bar & Cafe. In the TV show, the producers turned the space above Speedy's Cafe into Sherlock's 221 Baker Street apartment. If you want to visit the actual eatery, the address is 187 North Gower Street in London (half a mile away from Baker Street).

Unlike the fictional market in "Orange Is the New Black," Rosario's Deli is actually open for business. So, if you're in the mood to recreate Red's dealings with the Russian mafia before she was incarcerated, head over to Dmitri's Russian Market, which is actually Rosario's Deli in present-day Astoria, Queens. Best of all, Rosario's sandwiches are filling and reasonably priced. Can't get any better than that.

It doesn't exactly scream "Hollywood" glamour, but admit it: you can hear the theme song to "The Office" at the mere mention of Scranton. Featuring a branch of the fictional Dunder Mifflin Paper Company, "The Office" was actually filmed in Los Angeles. However, the show does show footage of real-life Scranton landmarks like the Pennsylvania Paper and Supply Co.

You can also visit Poor Richard's Pub, Lake Scranton, and the Steamtown Mall, although all of these real-life locations look a lot different than how they're portrayed in the series. For example, the Steamtown Mall is actually the Marketplace at Steamtown; it's home to the popular Scranton Public Market and the Electric City Aquarium & Reptile Den. So, why not plan a road trip to Scranton to recreate some of your favorite episodes with your friends (or even co-workers)?

Make your first visit the To'hajiilee Navajo Reservation, where Walter White's journey began. If you stay in town, be sure to drive by the White home (a private residence), but observe this famous filming location only from the street. Word has it that locals aren't big fans of tourists snapping pics while dressed in yellow "Breaking Bad" costumes, sunglasses, and porkpie hats. Who can blame them?

Hungry? Get some grub at Twisters or Hooligan's Tavern. Finally, finish your tour with a greasy hot dog at the Dog House, a prominent location in both "Breaking Bad" and "Better Call Saul."

It's a place where everybody knows your name. Yes, we're referring to "Cheers," an actual bar located in Beacon Hill, Boston. The bar was founded in 1969 as the Bull & Finch Club and served as the inspiration for the iconic 1980s TV show. You'll recognize the sign on the outside, which appears at the beginning of every episode.

The interior, however, looks a little different since the show was actually filmed in Los Angeles. Still, it's a great place to stop in for a beer and to get to know the regulars in the neighborhood.

The park is open to the public but, unfortunately, you won't be able to enter the privately-owned home. Still, if you're in San Francisco, there's plenty to see. We recommend a trip to the iconic Golden Gate Bridge, Alcatraz Island, Madame Tussaud's Wax Museum, the San Francisco Botanical Garden, and Chinatown. Whatever you do, be sure to take a ride in one of the city's iconic cable cars.

Perhaps, visiting the last place the Soprano family was seen together will help us make sense of the show's ending. Holsten's Ice Cream Parlor in "The Sopranos" is actually Holsten's Brookdale Confectionery in real life. Located in Bloomfield, New Jersey, this ice cream shop has been in operation since 1939.

If you aren't sure what to order, try the "Holsten's Special," which consists of four scoops of ice cream and two toppings of your choice. Eating the sundae won't tell you what happened to the Soprano family, but your taste buds will have a field day.

You can stop in on your own or visit Holsten's as part of a Soprano's site bus tour, which includes several stops in New York and New Jersey to see some of the show's most iconic filming locations.

Woodbury, the fortified town where most of the action takes place in Season Three of "The Walking Dead," is actually the real-life town of Senoia. Today, the town sells merchandise from The Woodbury Shoppe, which is owned by Robert Kirkman, the author of "The Walking Dead" graphic novel and executive producer of the show.

You can even get a bite to eat at Nic & Norman's, the diner co-owned by Norman Reedus. Note that the restaurant is seated on a first-come-first-served basis. You can also make reservations using the Reso Restaurant Reservations app.

Everyone recognizes the bright neon "Restaurant" sign flashing outside the diner where Jerry, Elaine, Kramer, and George hung out. In real life, the diner is called Tom's Restaurant. Located on the corner of Broadway and W112th Street in New York City, Tom's Restaurant is easy to get to and just a short walk from the northern end of Central Park. Be sure to grab a booth and order yourself a deluxe double cheeseburger or a stack of fluffy pancakes drenched in maple syrup.

Get your "Downton Abbey" fix when you visit Highclere Castle. The estate has a rich history, dating back to A.D. 749. Today, it's home to the 8th Earl and Countess of Carnarvon. Fortunately for fans of the TV show, it's also open for public tours and events. Whatever you do, get your tickets early once you decide to attend an event: spaces fill up fast.

If you're a fan, relive your favorite moments from the show by taking a tour of the castle. You can also book a two- or four-night stay on the property as part of Highclere Castle's Stay and Tour option. And, for fans of "The Crown," Highclere Castle also has a special significance. Lord Porchester (the 7th Earl of Carnavon) once served as Queen Elizabeth's horse racing manager, and the castle belongs to his family. 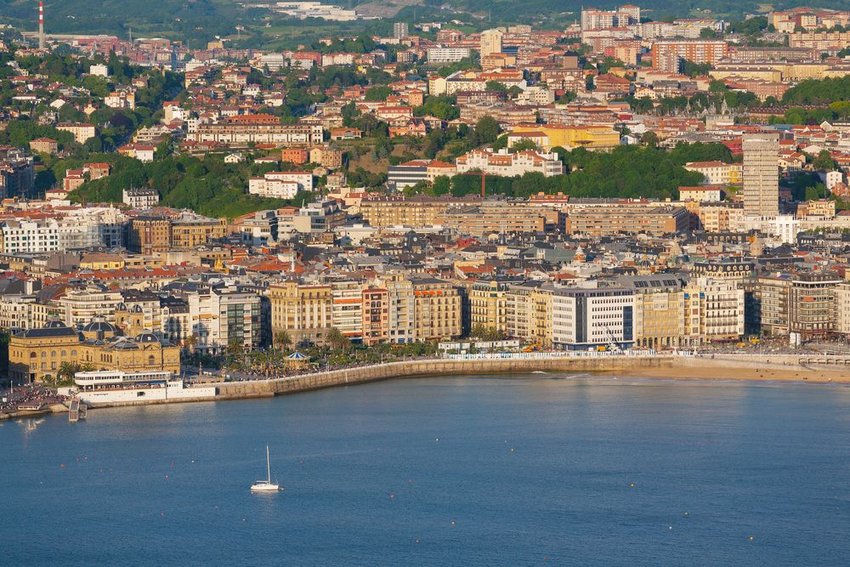 We know there are questions around travel amid the coronavirus (COVID-19) outbreak. Read our note here. For every New York City there's a Chengdu, China. For every Paris there's a

Americans love to travel. And, they love traveling with young ones in tow. A 2018 Family Association Travel survey explained that parents travel with their kids to foster a shared