With a population of just under 57,000 and a total land area of 158,475 square miles, Greenland is the least densely populated country in the world. According to USA Today, there are about 0.4 people for every square mile, and it doesn't appear to be changing anytime soon. While Greenland is the least densely populated country, it doesn't make the top seven list for countries with the smallest populations. Here's the list:

Taking a trip to one of the least populated countries in the world might not get you the peace and solitude you are looking for. That's because a few of these countries also appear on the list of most densely populated countries. Look at Monaco, the first country on our list.

Monaco has a reputation for being one of the wealthiest countries in the world. If you picture fancy cars and big expensive yachts when you think of Monaco, you're not that far off. With a population hovering around 39,000, approximately one in three residents can call themselves a millionaire. The country has one of the highest GDPs in the world, is host to an extensive collection of extravagant yachts, and is known as one of the most popular tax havens in the world.

Sure, 39,000 people may not seem like a lot of people. But when you factor in the size of the country, it's pretty staggering. The country has a total land area of 0.78 miles, and Monaco is both the second smallest country in the world and the most densely populated.

If you're looking for a little more breathing room, Liechtenstein will seem massive with a total land area of nearly 62 square miles. The country is home to just over 37,000 people. Liechtenstein is one of only two double landlocked countries in the world, the other being Uzbekistan. That means that not only is Liechtenstein completely surrounded by other countries, so are all its surrounding countries' borders. In other words, you must cross two international borders to reach an ocean, no matter what direction you go in.

If you want to visit Liechtenstein, you're going to have to drive there, as there are no airports in the country. But with its gorgeous setting among the Alps, green hills, and historic castles, it's sure to give you the peace you are looking for.

The fifth least-populated country in the world sits atop a mountain in Italy. It holds the title as the oldest sovereign state in the world. Also, while it may not have that many people, it certainly has a lot of cars. In fact, there are more cars in the country than there are people. It has a population of just over 33,000 people, and there are over 1,263 cars for every 1,000 people. But this doesn't mean that San Marino has a major traffic problem. Like Monaco, San Marino is known as a tax haven. So while the cars may be registered in San Marino, they usually find their homes somewhere close by.

Palau is the first country on the list that may actually feel like one of the least populated countries on Earth. The country consists of 340 separate islands, composing a total land area of 177 square miles. Just over 21,000 people live on the islands, which gives it more of a remote feel. The islands are located northeast of Indonesia, and nearly three-quarters of its population are native residents. The tropical climate and low population make it the perfect destination to escape it all.

Like Palau, Nauru also lies in Oceania. However, Nauru is much smaller at just eight square miles. Approximately 11,000 people call this tiny island nation home. The country is surrounded by coral reefs, making it impossible to set up a permanent port. In fact, it's only accessible by small boat or plane — now that's what we call isolated.

Coming in at just 10 square miles, Tuvalu is one of the world's smallest countries and one of the least populated. Consisting of three actual islands, the country is home to around 11,000 people. Tuvalu is located northeast of Australia and only accepts Australian currency. That's right: your ATM card won't work in this country. The country doesn't seem to have a need for changing their way of doing business, since it doesn't really rely on tourist dollars. But that may make it just the perfect destination if you are looking for a little R&R. With just a two-hour flight from Fiji, you'll enjoy the same beautiful water with fewer people on the beach.

Vatican City is arguably one of the most well-known countries on the list. With under 500 permanent residents, including the Pope, Vatican City ranks as the least populated country on Earth. At just 0.17 square miles, Vatican City is also the smallest in the world. Vatican City is surrounded by Rome, but a tall wall creates a solid border between the two countries. With such a small population, you might be surprised to learn that the country has its own currency, national anthem, and flag.

While it officially has the world's smallest population, the country consistently has well above that number inside its border. As a popular tourist destination, Vatican City sees close to five million visitors a year. But if that number doesn't sound crazy enough, the city sometimes sees up to 20,000 visitors a day. That's about 44 times its population! 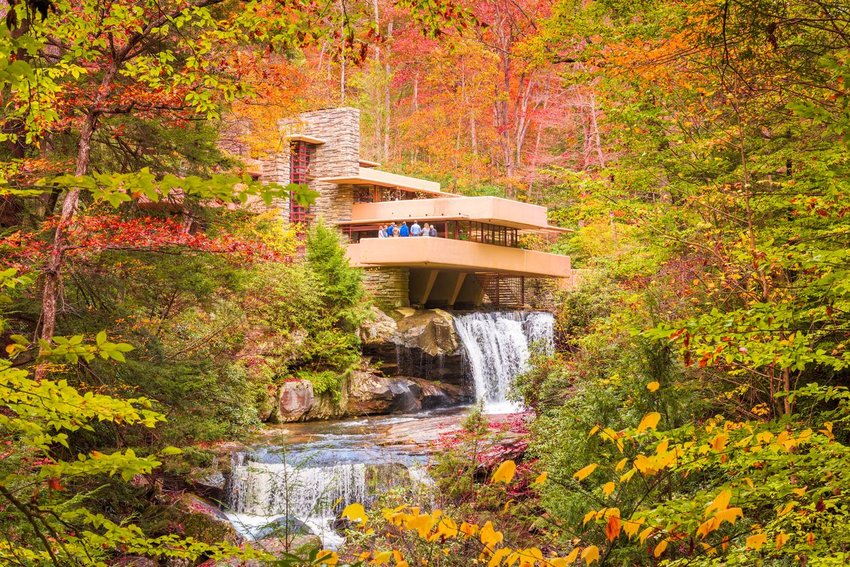 If you appreciate architectural wonders, you'll love our list of the best cities for amazing architecture. That said, you don't need to travel far to see spectacular architectural feats. There