Forests are the lungs of the planet. As trees “breath,” they take in carbon while emitting the oxygen for us animals to inhale. In total, forests cover approximately one-third of the planet. Individually, different types of forests create their own biological zones around the globe, with unique plants and animals found only within their confines. While misuse, deforestation and development have wreaked havoc on this essential earth element, there is still plenty we can do to help regreen the groves. Reforestation, conservation efforts and better land stewardship offer hope. The following list breaks down the largest remaining contiguous stands of trees.

Daintree is the largest contiguous forest in Australia. At around 463 square miles, it blankets the northeast corner of the country and shades the coastline of the Daintree River. Some 90 percent of butterfly and bat species can be found here. For the bats, the forest’s more than 10,000 insect species mean plenty of snacks. The namesake of this wooded track is Richard Daintree, a famous Australian photographer and geologist. Within its borders can be found a large percentage of Australia’s unique indigenous reptiles and birds.

Enveloping 927 square miles in China’s southern province of Yunnan, this high-altitude tropical rainforest is one of the world’s most pristine. Its vast expanse is so diverse that it is divided into many sub-forest types comprising eight distinct biological areas, each of which contains many extremely rare specimens found only here. Upwards of 3,500 types of flora have been scientifically documented. Xishuangbanna Tropical Rainforest’s sheer biodiversity and volume of rarities make it a field day for researchers.

Geographically split roughly 60/40 between Bangladesh and India is the 3,861 square-miles of the Sundarbans, the largest contiguous mangrove forest left on earth. A UNESCO World Heritage Site, it is specifically classified as a “halophytic” rainforest, meaning it is highly tolerant of excessive salt content and high water levels. Within its dense confines prowl endangered big cats. For example, in India parts of the Sunbardans are designated as National Park, Biosphere Reserve and Tiger Preserve. In neighboring Bangladesh, vast swaths of mangrove have Protected Forest status, also territory prime for protected felines.

Alaska’s Tongass National Forest is the largest in the United States, the world’s fourth biggest forest at 26,256 square miles in total area. Its dense stands of evergreens cover most of Southeast Alaska, including near landmarks such as the famous Inside Passage. The near pristine preserve proffers wildlife such as eagles, bears and rivers running with salmon. Park outfitters offer sled dog rides on glacier snow fields, while the more adventurous can seek out safe ursine encounters at Admiralty Island’s Pack Creek Brown Bear Viewing Area. Area culture is on display at the Southeast Alaska Discovery Center, with easy visitor access just a short walk from the cruise ship docks in Ketchikan.

With an area of 95,800 square miles the Valdivian Temperate Rain Forest is the third largest forest in the world. (For comparison, California clocks in at 164,000 square miles in area.)  The Valdivian takes its name from the founder of the city of Valdivia, which is the capital today of both the Los Rios Region and Valdivia Province. The forest cloaks a vast area of South America, including parts in Chile and extending into Argentina. It features unbroken stands of conifers and deciduous trees with a dense understory of lush ferns and thickets of bamboo, all of which are much needed cover for a multitude of delicate animals and ecosystems.

At a gigantic 781,249 square miles, the Congo Basin Rainforest is larger in area than the state of Alaska. This has much to do with the sheer size of the Congo River, one of the world’s largest, and the rich growth throughout its vast, fertile watershed. Ranging from subtropical to tropical, the moist broadleaf forests of the Congo taken together form a biome that continues from the Congo’s basin to those of its tributaries in Central Africa. Diversity in this colossal, connected collection of forests is highly abundant. For example, of more than 10,000 plant species found here, around 29 percent of them are indigenous, or unique, to the Congo.

Touching at least parts of Peru, Brazil, Colombia, Bolivia, Ecuador, Surinam, Guyana and Venezuela, just the Amazon’s list of country associations is impressive. So much so, it is also hard to imagine the sheer scope of this rainforest, which is an unfathomable 2.1 million square miles in overall width and breadth. Given that, it is still smaller than it used to be, suffering from ongoing mismanagement and degradation. What’s at stake are the Amazon’s biodiversity and its ability to scrub gigatons of carbon monoxide from our atmosphere. Due to its enormous size, the Amazon Basin’s wellbeing has vast implications for our climate in the near future, making it perhaps one of the most important environmental reclamation projects humankind could undertake.

The origins of Mardi Gras are shrouded in ambiguity. Here are six things you probably didn't know about the celebration. 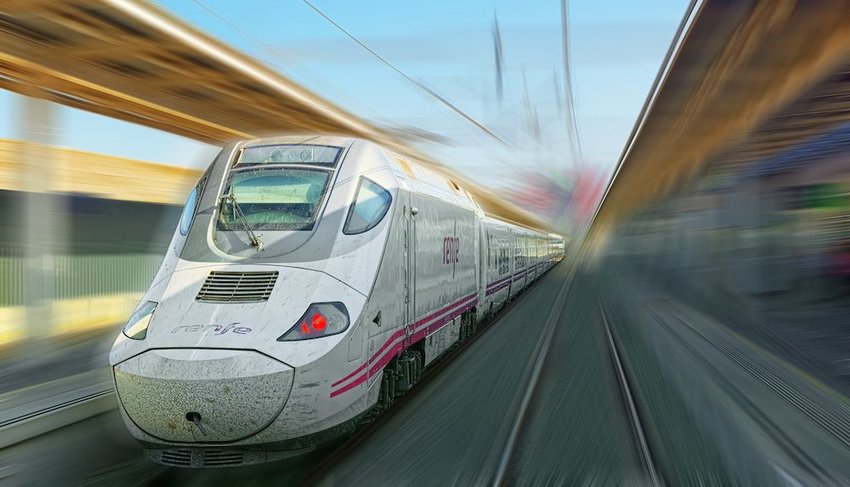 Need to get where you're going fast and don't want to fly? Here are the five fastest trains in the world.