Though Abbey Road is a cool spot to snap an Instagram shot of you and three close friends, we wouldn't plan a trip to London around it. That said, some landmarks are so awe-inspiring, so beyond belief that making them the focal point of your travels is warranted. If you've been struck by wanderlust but aren't sure where to go, don't worry — we've put together a list of nine landmarks that are definitely worth a trip.

This building is one of the most popular tourist destinations in Europe, with over 700,000 people visiting it each year. The Hungarian Parliament Building is nestled next to the Danube River in Budapest, and serves as both a museum and a workplace. Fans of art history may appreciate the incredible Gothic and Renaissance Revival architecture, but you don't need to have taken any art classes to recognize how unfathomably large and extravagant this building is. It is one of the tallest buildings in Budapest, and is decorated with over 88 pounds of gold. Inside the building you'll find a grand stairway, ornate ceilings, and the Holy Crown of Hungary.

Take a moment to close your eyes and imagine a classic fairytale castle — odds are you pictured Neuschwanstein. The majestic castle is tucked away in the Bavarian Alps, making it a bit of trek to reach, though reach it you should.

This building was constructed in the late 19th century for King Ludwig II. It was designed at a moment in history when castles were no longer primarily used for defense, and therefore could have a more aesthetically pleasing design. Visitors can stay in the nearby town of Füssen, another popular tourist spot.

There's no shortage of classic landmarks in Italy, but an especially moving one is St. Peter's Basilica in Vatican City. This church was under construction for over 100 years, beginning in 1506 and not ending until 1626. It is designed in the form of a Latin cross, and its ornate interior is filled with art from the Renaissance and Baroque periods. Some particularly notable masterpieces include Bernini's Baldachin, St. Peter's bronze cathedra, and Michelangelo's Pietà.

Built from 1606 to 1616, the Blue Mosque is one of the last classical Ottoman structures still standing. Unlike most imperial mosques of the era, this structure was built in the heart of downtown Istanbul. The interior of the domed building features the sultan's platform, a gallery, an ornamental turret, and rows upon rows of stained glass windows — over 200 of them in total. The mosque is also decorated with over 20,000 tiles that were hand-painted with nature motifs.

This 12th century temple is located in Angkor Archaeological Park in the forests of Siem Reap, Cambodia. Although there are many ancient temples still standing in this area, Angkor Wat is the most famous; it can even be found on Cambodia's flag. This temple was designed to honor Vishnu, a Hindu god. It is strikingly elegant, and full of centuries-old artworks.

Although it was originally white and gold when built in the mid-1500s, St. Basil's Cathedral today is covered in an array of bright colors that make it pop. It is located in Moscow's Red Square, and is composed of nine chapels and a 156-foot tall central nave. St. Basil's was built in honor of Ivan the Terrible's military conquests, and it is a largely secular building today.

If you want to see the world from a new perspective, a trip to Burj Khalifa is a must. This 160-story skyscraper holds a number of world records — it is the tallest building in the world, has the world's tallest service elevator, the highest number of stories, and the highest outdoor observation deck in the world. You can take personalized tours of the building, and look out across Dubai from that observation deck on the 148th floor. The Burj Khalifa also offers fun packages like "Breakfast in the clouds" and "Bubbly under the stars," where you can drink champagne while watching Dubai's skyline light up after sunset.

The steep, circular medieval sanctuary features a 256-foot outcropping. Le Mont-Saint-Michel is most often surrounded by sandbanks, but when the tide comes in it turns into a stunning island; at night, the abbey glows and is reflected in the water below.

The island has been a pilgrimage center since around the 8th century, and the abbey itself was built in 966 — although it has been partially destroyed by fires and wars throughout the centuries, and has been continually rebuilt and adapted. The abbey can be difficult to get to for anyone not native to France, but its otherworldly beauty is well worth the effort.

At 5,604 feet wide and 354 feet tall, Victoria Falls is the largest waterfall in the world. Located on the Zambezi River, Victoria Falls is so loud that you can hear it and see its mist from over 25 miles away. Locals used to refer to it as Mosi-o-Tunya, or "The Smoke That Thunders." Nowadays locals in both Zimbabwe and Zambia are continually developing the tourism industry around this incredible waterfall.

Learning a new language is an undertaking. There are so many words to pick up and grammatical structures to get accustomed to. Then there are sounds you're probably not used 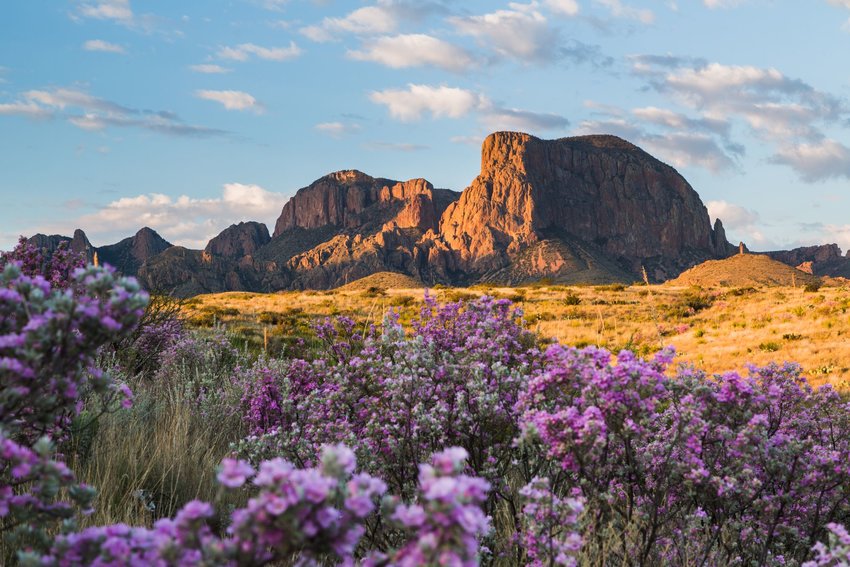 If you've spent any amount of time traveling the U.S., you've noticed that, even though many residents speak the same language, we seem to say things a little differently.