With extra time on your hands, it’s a great opportunity to master a new skill. You can practice these four arts and crafts traditions from across the world in your own home, so here’s how to master them.

Though découpage as we know it has its origins in France, it can be traced back to the felt work cut-outs on the tombs of eastern Siberian nomads. By the 12th century, the tradition of using paper cut-outs as decoration was also commonplace in China. The art form flourished in the 18th century, when courtiers of the French king Louis XV snipped and pasted pictures onto everything from hat boxes to fire screens. Later, 20th-century artists such as Matisse and Picasso produced découpage pieces.

If you’d like to try découpage yourself, it’s a relatively easy craft to master. You’ll need something to découpage onto – a coaster, jug, frame, or mirror perhaps. Next, gather the paper embellishments, which can come from magazines, gift wrap, books, tissue paper, fabric, lace and even printed images from your computer. You’ll also find it helpful to use a specialist craft knife as well as a brayer to smooth the wrinkles, which often comes as a set with a squeegee. Finally, you’ll need glue (PVA works fine) and something to seal your work such as a spray acrylic.

One of the most distinctive sounds you’ll hear if you travel through West Africa is that of the djembe drum. It was originally, back in the 12th century, an instrument used by the Mandinka in the country we now know as Mali. Today it still plays a vital spiritual role in Mali and across the rest of the region in countries such as Guinea, Gambia, Burkina Faso, Ghana, and Senegal.

Traditionally, the drum was carved and hollowed out from a single hardwood log. It has a wider top section and this larger chamber allows for the bass strokes, while the narrower base influences volume. Authentic djembe drums have a goatskin stretched across the top; this is thin enough to enable high pitched tones. Tuning is achieved by pulling the skin tight across the wood.

The versatile djembe is played with bare hands. To achieve a bass note, the musician strikes the middle of the drum with a flat, heavy hand. A medium pitch is played by keeping the hand on the edge of the skin and using a flick of the wrist for movement. The high pitched slap is achieved in a similar way. Practice makes perfect, so it’s a good idea to use online tutorials. Slow the videos down to identify the position of your hands until you’ve got the rhythm down pat.

The art of batik is most closely associated with Indonesia, particularly the island of Java, though you’ll find it in other Asian countries such as Malaysia. Indonesian batik is inscribed on the UNESCO list as an example of a “Masterpiece of Oral and Intangible Heritage of Humanity.” Certain patterns are symbolic, some believed to bring good luck and others reserved for wedding parties. They also have ritualistic and ceremonial significance.

Batik is a technique of dyeing where wax is applied to a piece of fabric. First, the fabric is washed. Patterns are drawn onto the cloth with a pencil and redrawn with hot wax. A special tool known as a tjanting is often used, though it’s also possible to create a larger, repetitive design with a copper stamp called a cap. Most traditional designs consist of a mixture of dots and lines.

When the dye is added, the wax resists the color, so when scraped off, ironed, or boiled away, the areas that were covered retain their original hue. The process can involve painting on different color dyes or can be repeated over and over again to build up a range of colors. The result is a multicolored, patterned fabric.

For centuries in Japan, folded paper figures have represented good luck, and have been seen in temples and at weddings. The craft of origami was popularized in the 20th century, but gets a mention in the 1797 book “Sen Bazuru Orikake,” which translates as “How to fold 1,000 paper cranes.” The crane has particular significance to the Japanese, who believe that their wings carry the souls of the deceased to paradise. Known as the orizuru, some will tell you that if you too fold 1000 cranes, the wish you make will come true.

So how do you make a paper crane? Although you can use the kind of paper you put in your printer, to achieve a more professional result it’s worth ordering special origami paper. The thinner paper allows for a greater number of folds. Such sheets come in an array of colors. When folding, make sure your hands are clean and you take your time. Precision really is everything and a small error early on will be magnified later. Use an online tutorial and practice until you create a neat, well-executed bird. Once you’ve mastered the basics, you can make just about anything you want. Treat yourself to a book of designs — one of the most imaginative is Jeremy Schafer’s “Origami to Astonish and Amuse” — and get crafting. 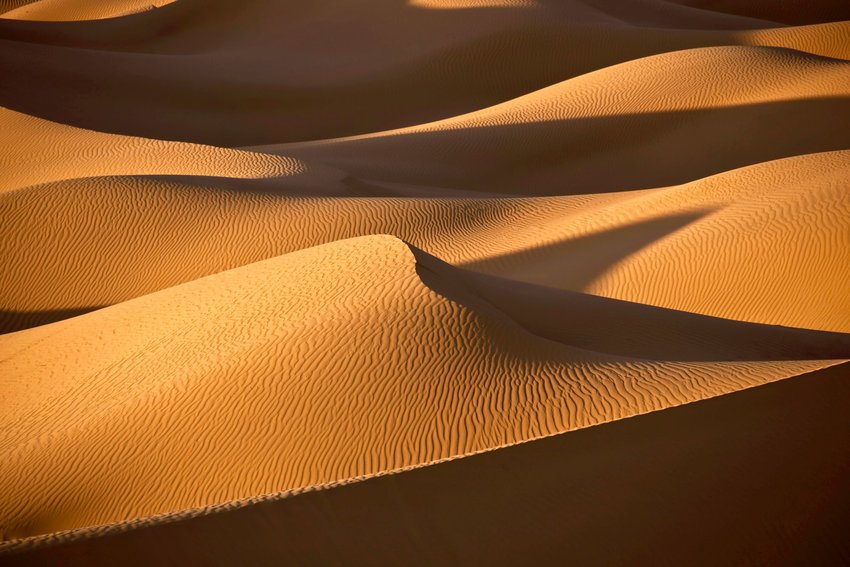 The Sahara Desert makes up a large portion of landmass on Earth, but it isn't just sand. Here are some facts about this remarkable desert you didn't know.

Were you aware that the Jersey Shore has an elephant? Did you know that it's a building and you can go inside? If not, here are some fun facts about Lucy!