With temperatures rising across North America, the U.S. seems to be getting hotter by the minute. But which U.S. cities have really caused residents to shed layers? Using long-term temperature averages and based on the number of days over 99 degrees Fahrenheit in a year, the NOAA National Climatic Data Center revealed which cities are the most sweltering. Read on to learn about the six hottest cities in the U.S.

Sacramento and Oklahoma City are tied for sixth place, each averaging 11 days above 99 degrees a year. But if you don’t mind the scorching hot temperatures, one of these cities might be for you. Sacramento was listed as #14 in the Best Places to Live 2019 by U.S. News and World Report, boasting 265 days of sun annually. And Oklahoma City doesn’t seem too shabby, either. The city’s low housing prices and good economy are making it more desirable to young professionals, earning it the #68 spot in the U.S. News ranking.

Although Austin’s temperatures are blazing hot in the summer, the locals take the heat in stride. When the city becomes too hot to handle, it’s a good time to float on any of the nearby rivers, from the spring-fed San Marcos to the party float on the Guadalupe. Plus, the warm evening temps are ideal for enjoying outdoor concerts, like Unplugged at the Grove and the symphony’s Free Concert in the Park. However, it can be too hot to exercise outside during the heat of midday, so make sure to hit up Austin’s many trails at dawn or dusk.

Nearly 200 miles north of Austin, the city of Dallas is just a little bit hotter than its southern neighbor. With an average of 17 days over 99 degrees, the people of Dallas know how to survive the oppressive heat of summer — bar-backed pools. If sitting poolside, sipping on frozen drinks sounds like your ideal summer day, Dallas may be the city for you. Once considered a luxury for hotel guests, more hotels and private pools are opening to city residents in need of a cold drink and a cool dip. Popular pools to visit include SISU, The Belmont and FOE.

Sixty miles east of L.A., Riverside, California, has a hot, dry climate that lends itself to growing citrus. In fact, Riverside was where the California citrus industry was born, with Eliza Tibbets planting two navel orange trees outside her home in 1873. These small plants eventually led to a citrus industry boom and a mere 20 years later, Riverside became one of the richest towns in the U.S. Today, Riverside is a bedroom community whose biggest claim to fame is the Mission Inn Hotel & Spa, a national historic landmark that has been around since 1876.

Sin City also happens to be sinfully hot, with 70 days creeping into three-digit temperatures. Thank goodness much of the city, with its casinos, museums and theaters, is protected by the cool blast of A/C. Being in the desert, Las Vegas is home to a dry heat, which makes it a bit easier to sit poolside or go exploring in the nearby mountains. If you really need to cool down, you can try the Arctic Ice Room at the Qua Baths & Spa at Caesars Palace. The spa experience allows visitors to relax in a cool 55-degree room, complete with fake falling snow, before immersing themselves in warm soaking pools.

Boasting 107 days over 99 degrees, Phoenix, Arizona, is the hottest city in the U.S. In fact, a 2017 heat wave resulted in the grounding of all planes at the Phoenix airport. With temps soaring up to 119 degrees, the planes were simply unable to operate. The sweltering heat of summer aside, spending time in Phoenix can be very pleasant in other seasons. With an average high of 72 degrees in February, it’s a popular city for retirees. With the complete lack of snow and 299 days of sun, Phoenix is ideal for anyone who wants to skip winter altogether.

The largest man-made lakes are incredible examples of human ingenuity. 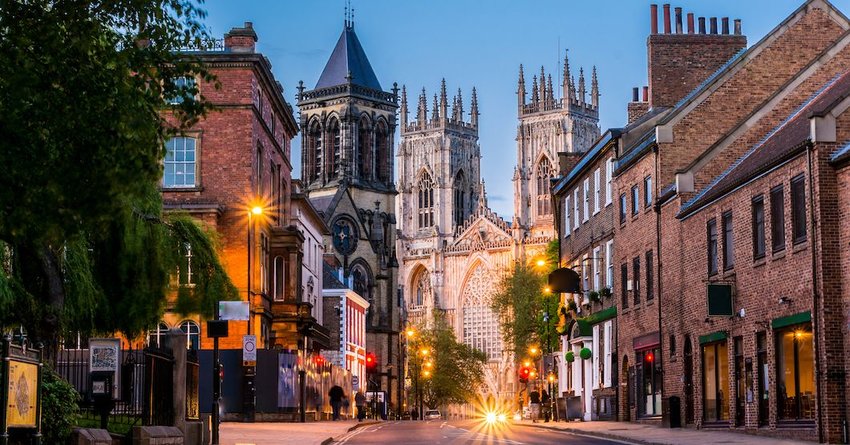 The curious origins of four places and the legends, stories and theories attached to them.