Do you tip when you go out to eat or get an Uber ride? Of course, you do — and you're likely to leave a generous tip. But what about hotel stays? Although travelers spent $232 billion dollars on lodging in 2018, a poll shows that only 27% of customers tip their hotel housekeepers. Meanwhile, 31% of guests never tip at all. To avoid being an accidental Scrooge, check out our guidelines for tipping at hotels.

While gifts might be a nice token of appreciation, they usually don't go over well. Housekeeping staff often find themselves with non-cash tips when well-meaning guests leave food or wine behind.

However, housekeepers can't keep or use such gifts. That delicious pepperoni pizza you left on top of the microwave? Your housekeeper won't get to enjoy it. And that half-empty bottle of champagne you left chilling in the fridge? The hotel staff will have to toss it out. This is because hotels have strict policies about what housekeeping staff can accept as tips. While food might be offered with good intentions, there are obvious safety hazards involved in accepting such gifts.

The best practice is to avoid getting too creative and tip with cash only. For housekeepers in the United States, it's best to leave a daily tip of $1-5 prominently on a desk or flat surface. If you've had particularly good service, you may want to consider leaving a thank you note.

If you're short on cash, but still want to express your appreciation to hotel staff members, mention them by name to the manager. Or better yet, praise their exemplary actions in an online review. Often good feedback like this will help the employee get appropriate recognition.

Make Sure You Tip Daily

Tipping at the end of your stay usually seems appropriate. After all, we generally tip when we leave an establishment rather than before. In this case, however, giving small daily tips is a better idea since hotel staff frequently rotate. The person who cleaned your room or carried your bags yesterday might not be the one currently assisting you. If you wait to tip a larger amount at the end of your stay, your good intentions might backfire. The people who helped you most won't be rewarded for all their efforts.

Additionally, tipping throughout your stay can help you build a better rapport with hotel employees. It's always nice to be recognized. Showing your appreciation in this way makes the hotel staff more inclined to remember and appreciate you in return.

If you do ultimately decide that you'd rather leave a larger tip at the end of your stay, don't leave it in your room. Instead, put the lump sum in an envelope and ask the manager to distribute it to the people who served you during your stay.

Because tipping etiquette can vary widely from country to country, it never hurts to do a little research before your trip. A library excursion or even a Google search can reveal a lot about your intended destination. For example, tipping in Hong Kong or Japan is often seen as rude.

In those countries, waiters insist that they don't need added incentives to provide good service. For most of Asia, tipping isn't expected. However, due to the influx of western culture, some tourist destinations in the region have begun including a 10% service charge on restaurant bills. Australia is another destination without formal tipping practices but you can always tell hotel staff to keep the change after you pay.

In the United States, tipping is very much expected. As a general rule, it's worth noting that bellhop and valet staff are often the most dependent on tips. Front desk agents appreciate tips but don't depend on them quite so heavily. Bellhop and valet staff rarely pool their tips, so it's best to try and tip the actual person who helped you. A tip of $1-5 when your car is delivered is standard for valets. For bellhop staff, $1-5 per bag is a good rule of thumb.

Check If Gratuity Is Already Added

While you don't want to neglect tipping, it's also worth ensuring that you don't double tip. This is particularly true when it comes to room service. It's fairly common for hotels to include the gratuity on your check but sometimes the charge isn't always evident. Be sure to look for a delivery fee or a service charge. If you see either of those items on the bill, it isn't necessary to add anything extra. The tip has already been applied.

However, do pay attention to how much gratuity the hotel has automatically added. The restaurant industry standard is 20%, but hotels may not add this amount to your check. In fact, it's more common for the automatic gratuity to add up to anywhere from 15% to 18%. If that's the case, you might want to consider adding a few extra dollars to ensure that the restaurant staff gets the full 20% tip.

Don't Get Too Stressed About It

With so many unspoken rules, tipping at a hotel might seem overwhelming and stressful. If you find yourself panicking, however, it's worth remembering that as long as you're making the effort, you're probably doing just fine.

Remember, at the end of the day, the point of tipping is to thank employees who have provided you with exceptional service. Undue levels of stress about tipping percentages might make you want to throw in the towel and not tip at all. According to Payscale, the hourly pay for housekeepers is $9.71 per hour so any amount you tip will be appreciated.

In 2014, one hotel chain worked to simplify the tipping process. Marriott International teamed up with A Woman's Nation to implement the "Envelope Please" campaign. Maria Shriver (the founder of A Woman's Nation) created the initiative to honor the work of hotel housekeepers. Today, these gratuity envelopes can be found in thousands of hotels across the United States and Canada.

That said, you'll find tipping a less stressful experience if you simply focus on showing appreciation for the great service you're getting. Just take a little time to learn the tipping etiquette for your destination and you'll be well on your way to a great vacation. 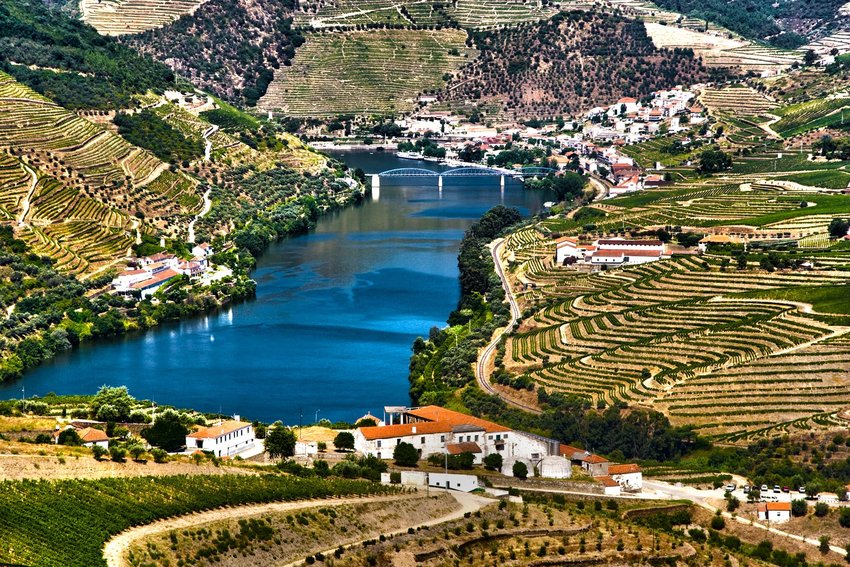 From deep, full-bodied reds to sweet whites, Europe is home to world-class wines for every palate. Best of all, wineries tend to be in especially scenic and relaxing settings. If