While those stateside may cross their fingers or hang a colorful rabbit's foot from their keychain, those elsewhere follow different routines when searching for a bit of good luck. Here are six good luck traditions from around the world.

A superstition that originated in the United Kingdom, saying "Rabbit rabbit" — or "White rabbit," among other variations — on the first day of the month will supposedly bring you good luck for the remaining 30 days. The catch? It has to be the first thing you say on that day, so you need to remember to utter the words immediately when you wake up.

Rabbits have long been associated with various superstitions. So it's little surprise there is a tradition of verbally invoking them for luck. While this particular practice began across the pond, the habit has since been adopted by various eminent Americans ranging from President Franklin Roosevelt to actress Sarah Jessica Parker. You won't be in bad company if you decide to start saying it yourself.

If you're interested in a tradition from one of the world's newest countries, follow a Czech superstition. Start carrying a fish scale in your wallet throughout the year. The tradition actually begins at Christmas, when fish scales are left under plates or the tablecloth at dinner in order to bring prosperity to the house. Carrying it in your wallet for the rest of the year ensures that prosperity won't run out.

How did this fishy tradition get started? Another Czech custom involves eating carp at Christmas, so scales are plentiful. With their silvery color, the scales are said to resemble coins, so it's easy to see the significance of keeping them in your wallet. We're sure the fish smell goes away eventually.

In China, eight is considered the luckiest number because its pronunciation sounds similar to the Mandarin word for fortune. Because of that, eight carries connotations of prosperity and success, and people in China are eager to get a piece of the number's power by incorporating it into their lives. Mechanisms range from choosing a wedding date to getting a telephone number with an eight in it.

The 2008 Olympics in Beijing capitalized on this superstition. The games began at 8:08 p.m. on the eighth day of the eighth month. That's a lot of luck! Want to get the luck of eights in your own life? Be on the lookout for good things to happen at eight o'clock, on 8th Street, in a group of eight friends, or maybe even on your eighth attempt at a new challenge.

Spilling Water Behind Someone

In Serbia, if someone you know is about to take a test, embark on a trip, head to a job interview, or do anything else in which a bit of luck might be appreciated, do them a favor — spill some water on the ground behind them. Just be careful not to spill it on them, as they may not then be so grateful for your help.

It's unclear how this superstition began. According to one tradition, this act symbolizes giving back to the earth, and the earth will, in turn, bring good fortune upon them. Alternatively, the fluidity of the water is supposed to allow the person to move with equal ease through the obstacles ahead. Whatever the reason, it's an easy way to pass on some good luck to your friends.

Have room in your wallet for an origami frog? According to a Japanese tradition, carrying a frog in your wallet will cause whatever money you spend to come back to you. This good fortune stems from the fact that the word for frog in Japanese is "kaeru," a word which also means "to return." The superstition is particularly strong among people visiting a casino, where it's seen as a protective omen against gambling losses.

Sitting Down Before a Trip

This is the perfect lucky tradition for every globetrotting adventurer. Russian superstition says that taking a moment to sit down before leaving on a trip will ensure only good luck accompanies you on your journey. Supposedly, any evil spirits will be tricked into thinking you aren't actually leaving, and they'll stay behind.

Whether it fools any spirits or not, pausing in the midst of last-minute travel preparations seems like a great idea. Give yourself a minute to breathe, collect your thoughts, and make sure you didn't forget to pack any essentials. Superstitious or not, we're all about making your own luck!

How many times have you watched a television show and thought "I wish I could go there!" Fiction, regardless of medium, gives us beautiful places to add to our travel 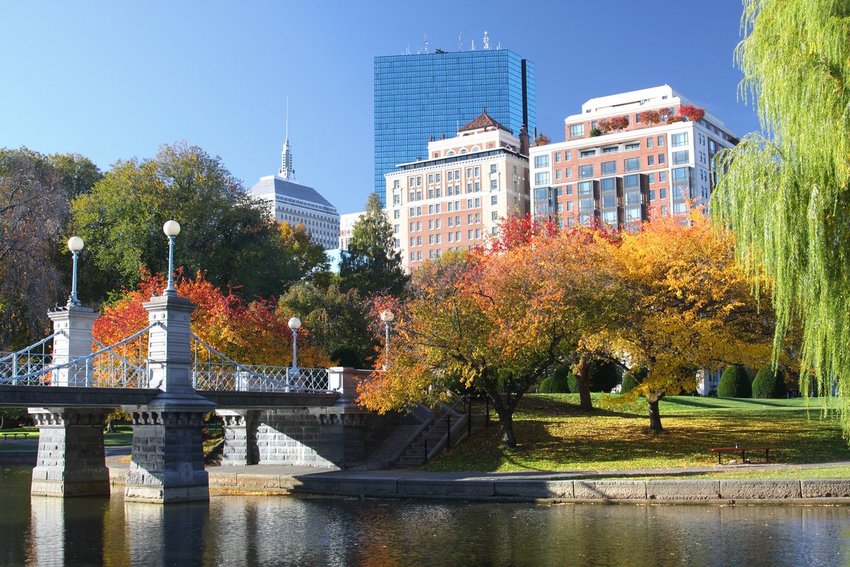