Traveling by train has fallen somewhat out of fashion in America. That is why I was surprised when I went to Italy and discovered that, not only does nearly everyone travel by train on a daily basis, but they also have some of the fastest trains on the planet. These bullet trains get you to where you need to go in a jiffy.

Europe and Asia are full of these high-speed vehicles. Here are the five fastest trains in the world to help you get where you're going in a hurry.

The Talgo 350 (or T350) runs between Madrid and Barcelona, and Madrid and Valladolid. During its trial period, this train hit speeds of over 226 miles per hour. It was then released in February 2005, and has been hitting speed records ever since. According to Railway Technology, its average speed is around 205 miles per hour. It can achieve such high speeds thanks to its lightweight exterior and aerodynamic shape, the latter of which has also earned it the affectionate nickname "El Pato," which means "The Duck," since the first car on the train is shaped like the bill of a waterfowl.

Spain also comes in at number four on our list of fastest trains with the Siemens Velaro E. Shaped more like a speeding bullet than a duck, this train reached a maximum speed of 249 miles per hour in its initial testing period. Its average speed is around 217 miles per hour, meaning one can get from Madrid to Barcelona in a mere two and a half hours. It is also equipped to deal with the heat of Spain, with a powerful air conditioning system and a heat-resistant outer shell that keeps everyone inside cool and comfortable as they speed to their destination.

According to The Mysterious World, the AGV Italo in Italy is the fastest running train in Europe. It typically runs at speeds of up to 223.6 miles per hour, but it can go even faster. During its trial period, it set a speed record for European trains by reaching over 356 miles per hour. The AGV runs between Rome and Naples, two cities that are several hours apart by car, but whose distance can be spanned in just an hour by this scarlet bullet train. To make this train even more impressive, a whopping 98 percent of its parts are recyclable, meaning that even when the train has reached the end of its lifespan, the materials used to make it can be used to make other things, perhaps even faster trains.

China is known for its innovative technology, so it is no surprise that the two fastest trains on our list both come from the country. The Harmony CRH 380A is capable of reaching speeds of over 300 miles per hour, but it normally sticks around 236.12 miles per hour on its daily runs between Beijing and Shanghai, and Wuhan and Guangzhou. More akin to a futuristic spaceship than a train, this high-speed vehicle utilizes a slim, sleek design that not only makes it run faster, but also reduces vibrations from the track to the point that they are barely even noticeable.

Topping every list of the fastest trains on Earth is China's Shanghai Maglev, which has been in operation since 2004. According to Conde Nast Traveler, this train regularly reaches blinding speeds of up to 267 miles per hour. The "Maglev" in its name refers to "magnetic levitation," a type of technology straight out of a sci-fi movie. The train itself has no wheels — instead, it floats on a magnetic field and is pulled along by powerful magnets that allow it to go incredibly fast, as there is no contact between the train itself and the tracks below it. It is the only train in the world to use this technology, and it only runs between Long Yang Road and Pudong International Airport, a seven-minute trip that never even reaches the bustling city center. Tickets for this train are only eight dollars, making it accessible to everyone who has a need for speed.

The following list breaks down the largest remaining contiguous stands of trees. These are the largest forests in the world. 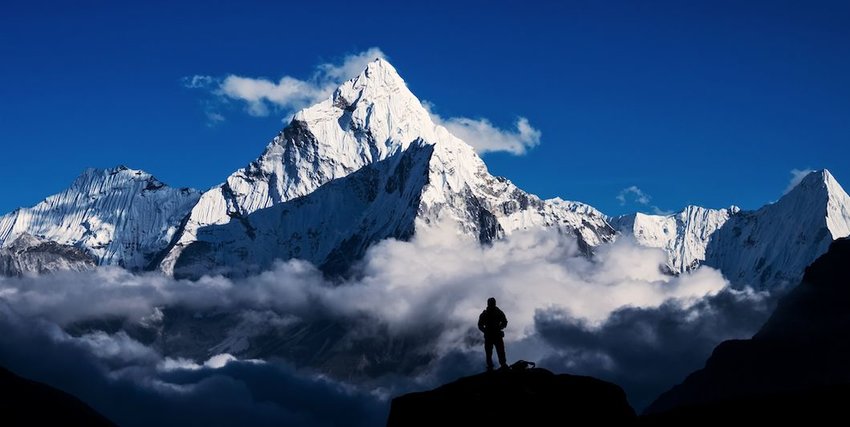 You might think the mountains wherever you live are tall, but unless you live in the Himalayas, chances are they are dwarfed by the tallest mountains in the world.