As the sky begins to fill with stars, everything quiets down and you can start to see familiar things from a new perspective. If you're on the lookout for some stunning night skies, here are three annual meteor showers that are sure to have you whipping out your camera.

Sometimes considered the most spectacular meteor shower of the year, the Perseids begin to appear in the night sky around the middle of August. These meteors are debris from a comet named the Swift-Tuttle, which was discovered in 1862. But it was three years after the discovery when Giovanni Schiaparelli realized that this comet was the source of the meteor shower that lit up the sky every summer.

At a whopping 16 miles across, Comet Swift-Tuttle is twice the size of the object that is believed to have wiped out the dinosaurs. It orbits the sun once every 133 years, and hasn't been in our inner solar system since 1992.

Fortunately, even though the comet itself doesn't often get too close, we still get to experience the Perseids each August. These meteors appear near their namesake, the constellation Perseus. At their peak, there can be as many as 50 to 100 visible meteors per hour, traveling as fast as 37 miles per second.

The Perseids are particularly stunning due to the fact that they leave long, colorful trails behind them. If you're lucky, you might also spot a fireball. This distinctive phenomenon is a larger, brighter explosion that tends to last slightly longer than a normal meteor. Fireballs occur when larger chunks break off from the parent comet, resulting in a fiery nighttime display.

This meteor shower is most visible in the Northern Hemisphere. While it can be seen throughout most of the night during its peak, you'll get the best views in the very early morning hours. As one of the only major meteor showers taking place during the warm summer months, the Perseids offer a great opportunity to throw a viewing party — gather with your friends under the stars to listen to music, drink coffee, and be grateful that the 16-mile-wide comet is comfortingly far away from earth.

While this meteor shower is slightly less prolific than the Perseids, it can offer a beautiful display if you catch it during its peak at the end of October. The Orionids are debris from one of the most famous comets in the world: Halley's Comet.

Named after astronomer Edmond Halley, Halley's Comet is known as a "periodic" comet — it makes its way past the earth once every 76 years. Due to the fact that, throughout history, comets were considered portents of significant change, Halley's Comet appears in a wide number of ancient texts and artwork. Nobody realized they were actually seeing the same comet over and over — it is only by connecting the dates of the recordings that modern astronomers are able to identify these ancient references to Halley's Comet.

The earliest recorded instance of this comet passing earth actually occurred all the way back in 239 B.C., when it was recorded by Chinese astronomers. References to the comet can also be found in Babylonian records, the Italian painting "The Adoration of the Magi," and William the Conqueror's Bayeux Tapestry.

Although Halley's Comet won't pass the earth again until 2061, we can see evidence of it every October during the Orionid meteor shower. These meteors are particular impressive due to their backdrop; they are surrounded by some of the brightest stars in the sky, turning the meteor shower into a display that might as well have been taken from Van Gogh's "Starry Night."

The meteors themselves are also bright, and they are particularly fast; they travel at 41 miles per second, or 148,000 mph. This speed means that they are likely to leave distinctive glowing trails as they enter the atmosphere.

Unlike the Perseids, the Orionids can be viewed from both the Northern and Southern Hemispheres. To get the best view, make your way outside after midnight and find a spot far away from city lights.

The Geminid shower is a great time to sneak in a few last minute holiday wishes as you watch the meteors streak through the sky during the middle of December. This meteor shower is actually considered the strongest of the year, so its worth braving the cold to catch a glimpse of it.

While many other meteor showers are caused by debris from larger comets, the Geminid shower is slightly different — the particles lighting up our atmosphere every December are caused by a trail of grit and dust left behind by an object known as 3200 Phaethon.

No one is quite sure what 3200 Phaethon actually is. It measures approximately three miles across, and its surface is so hot that it instantly melts any metal it touches. Its behavior suggests that it may be an extinct comet, also known as a rock comet. However, it is often classified instead as an asteroid. If this is the case, it is one of the only known asteroids to cause a meteor shower.

Further speculation by NASA indicates that this object may actually have once been part of a significantly larger celestial body that was violently split apart at some point in history. The Geminid shower may then be caused by the debris left over from this huge collision.

Regardless of its origins, the sheer amount of debris left in the wake of 3200 Phaethon makes for the highest concentration of meteors out of any major annual shower. The Geminid shower lasts all night, but it can best be seen when the moon has begun to set so that the sky is at its darkest. If you are lucky enough to be far out in the countryside, you may begin to see up to 100 meteors per hour after around 2 a.m. This show often consists of vibrant green fireballs, so keep your eyes on the sky. 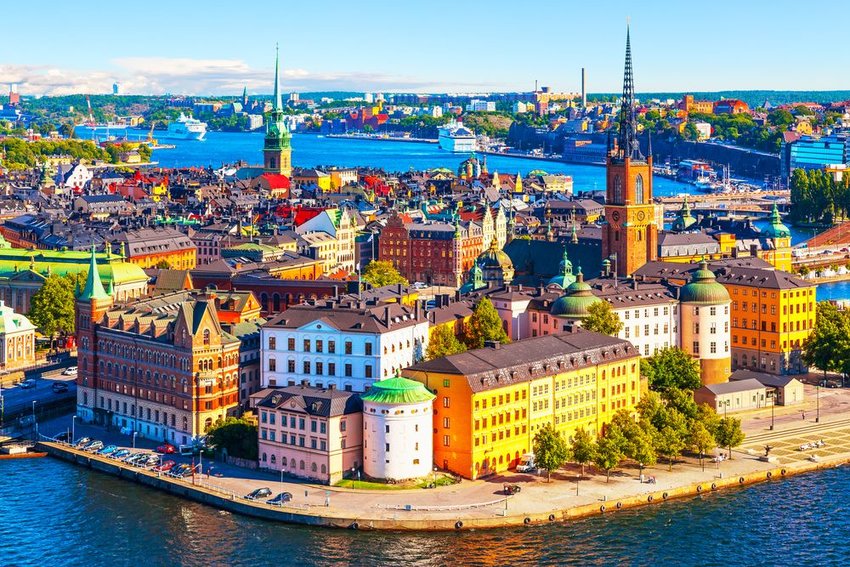