On December 20, 2019, a bill was signed into law that officially designated White Sands as the newest national park in the United States, taking the spot away from Indiana Dunes National Park, which was established in February of 2019. That makes 62 national parks in total, and, if you're like us, you're itching to get to every one.

Haven't heard of White Sands? You're in luck. We've got everything you need to know about New Mexico's second national park.

It Is the World's Largest Gypsum Dune Field

At 275 square miles, White Sands is the world's largest gypsum dune field. What exactly is a gypsum dune field, you might ask? Picture rolling hills of white sand, shimmering in the sun as it reflects the light. Gypsum is a mineral that dissolves in water, so it normally gets washed out of sand. In this part of New Mexico, however, the climate is dry enough that the gypsum remains, covering hundreds of square miles with its otherworldly glimmer.

White Sands sits on the northern edge of the Chihuahuan Desert in an area known as the Tularosa Basin. As the water in the basin evaporates, the minerals, including gypsum, are left behind, and the strong desert winds eventually shape them into the postcard-worthy dunes for which the park is known. While the overall landscape stays the same, the dunes themselves actually change quite a bit, with some of them moving up to 30 feet per year as a result of the wind.

While deserts are known for being some of the harshest and least hospitable environments on earth, the creatures that have adapted to live there benefit from little competition and few natural predators. With over 800 species living in White Sands, there's far more diversity than initially meets the eye — though you're unlikely to spot many yourself, as the majority of the animals are nocturnal.

Unsurprisingly, the majority of species — over 600 of them — are insects and arachnids, including spiders, beetles, scorpions, and more. These provide food for many of the other animals, including reptiles, mammals, and birds. Some of the most notable of these are burrowing owls, jackrabbits, bobcats, turtles, snakes, and roadrunners, the state bird of New Mexico. In a fascinating display of adaptation, you'll find some species to be significantly lighter in color than ones you'd find elsewhere in the world: over the millennia, the mice and various insects have evolved a white coloring to better blend in with the surrounding sand.

Perhaps the most unexpected creature in the desert park is a single species of fish known as the White Sands pupfish. These are small fish, around 2 inches long, that have evolved to live in the extremely limited water supplies of White Sands National Park, which include a couple of springs and a local creek. With such a limited habitat, the pupfish is currently considered a threatened species by the state, and measures have been taken to protect the population in the park.

It Has Been a National Monument Since 1933

Efforts to protect the White Sands dunes began in the 1920s, after commercial attempts to mine the gypsum sand alerted locals to the risk of losing — and the need to protect — this unique area for future generations. After years of growing public support and scientific interest, the land was successfully established as a national monument during the final days of President Hoover's administration in the midst of the Great Depression.

Nearly a decade later, White Sands gained another interest: the military. During World War II, areas of the monument began to be used for tank maneuvers and missile testing. This has continued to present-day, with the monument occasionally being closed to visitors as a safety precaution when weapons tests are occurring. With its recent designation as a national park, however, these closures will end, and the military will remain on grounds on the western perimeter of the park, while the rest of the land will be permanently available to the public.

The area's status upgrade from National Monument to National Park means few changes on its own. The significance of the title comes primarily in the increased publicity, as White Sands joins other famous locales like Yellowstone and Yosemite on the list of national parks and on people's bucket lists across the country — and around the world.

It Is Visited by Over Half a Million People Every Year

Long before it was even a national monument, White Sands was a popular day trip destination for families. Its initial national recognition brought in further numbers, which led to the laying of the first asphalt road into the dunes in 1935. The monument's popularity also necessitated additional facilities like restrooms, water, maintenance, and a museum on the area's history, all of which were completed in 1938 as a result of President Roosevelt's Works Progress Administration.

The number of visitors has only continued to grow in recent years, with a previous average of around 500,000 people growing to over 612,000 in 2017, making White Sands the most popular destination in New Mexico — even before their designation as a national park! The iconic dazzling dunes have also made their appearance in a wide range of movies over the years, from the expected Westerns like Hang 'Em High and Bite the Bullet, to sci-fi and apocalyptic action films like Transformers and The Book of Eli.

Of course, while you're in New Mexico, it's worth checking out the state's other national park, too. Carlsbad Caverns is a few hours southeast of White Sands, and what it lacks in shining sand it makes up for in equally alien caves, stalactites, and more.

From the scents of street food in Thailand to the stunning hues of the northern lights in the cold Alaska sky, traveling is something to be enjoyed with all the 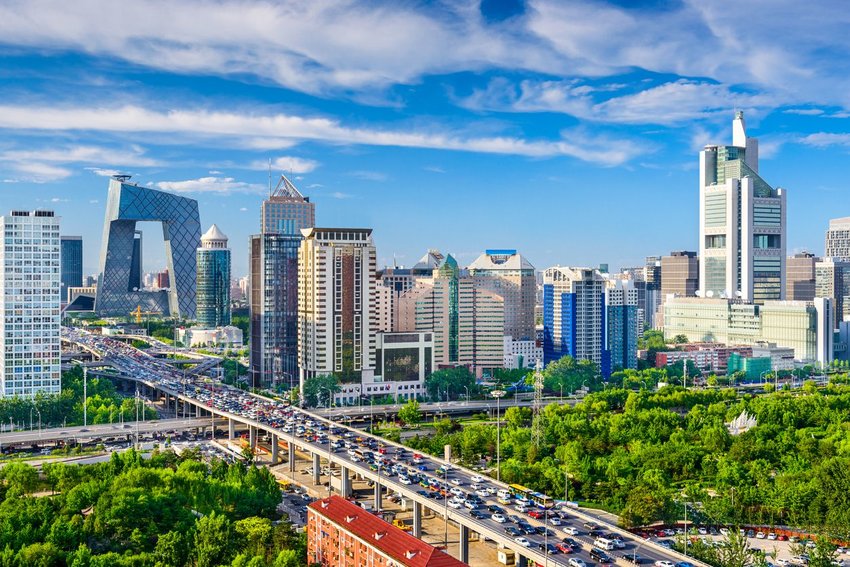 We know there are questions around travel amid the coronavirus (COVID-19) outbreak. Read our note here. The current world population is approximately 7.6 billion, with China, India, and the