The "Jersey Shore" isn't just an American reality television series. It's an actual region along the state's coast boasting numerous attractions such as Lucy the Elephant. The state of New Jersey received roughly 109 million visitors in 2008, which means it's likely that Lucy has since received a lot of love from tourists. Here's why this six-story elephant is so fascinating.

She's a Building Disguised as an Elephant

Lucy isn't just a statue! She was built in 1881 by elephant-building enthusiast and real estate developer, James Lafferty. Lafferty was either late to the animal-shaped construction party (if you consider the Sphinxes) or ahead of his time (if you take a look at the many animal-shaped buildings enjoyed around the world today). Either way, he built the first such animal in the United States, which is something. As an elephant-building visionary, Lafferty had a patent granting him exclusive rights to constructing animal-shaped buildings for a few years.

Lucy was designed to draw attention to Margate, New Jersey and promote the area's real estate. After all, who doesn't want to buy a house next to an elephant building? Originally called "Elephant Bazaar," the building was renamed Lucy in 1902 — a few years after being sold to Anton Gertzen. Lucy served as a tavern, a residence, and more before starting to deteriorate. Some people actually wanted to tear her down at that point, but others wanted to save her. The Save Lucy Committee raised the money to restore her in 1970 and move the 90-ton and nearly 90-year-old elephant to the location where she still stands today.

She's Listed on the National Register of Historic Places

If you thought the National Register of Historic Places was a list of only restored churches and bridges, think again. It also includes a giant elephant. The National Register is part of the National Park Service and was designed to recognize and protect historic and archaeological sites. In 1976, Lucy was added to this prestigious list since she's "the oldest surviving example of a unique form of 'zoomorphic' architecture and the oldest 'roadside' attraction in America." Visitors can buy tickets to tour the elephant, which includes a history lesson, a look through Lucy's eyes, and a stop on her back, which offers magnificent views of the surrounding area. Tickets are only $8.50 for adults and $4.00 for kids, but if you're looking to save some cash, it is free to park and visit the gift shop.

She's the Sole Survivor of Her Elephant Family

Lucy survived a lightning strike, a fire, a hurricane, a scheduled demolition, and a relocation. Her siblings, however, weren't so lucky. Although Lafferty's patent clearly states that animal buildings don't only have to come in the form of elephants, he continued on his pachyderm trajectory with two more elephant buildings. In 1884, he began work on the "Light of Asia," a 40-foot elephant crafted of one million pieces of wood and 13,400 square feet of tin located in Cape May. Although many people came to see the Light of Asia and the operators charged an entrance fee and sold concessions, they couldn't recoup the $18,000 investment.

By 1900, this particular elephant was in bad shape. People didn't think they could revive her, so they tore her down and burned what was left. Additionally in 1884, Lafferty's "Elephantine Colossus" was constructed in Coney Island. Designed as a one-elephant amusement park, she stood 122 feet tall and featured seven floors and 31 rooms of exhibits and shops. This building's charm couldn't keep up with people's attention spans, however, and visitors started seeking out the coolest new attractions as the years went on. When she fell on hard times, the Elephantine Colossus even had a stint as a brothel in an attempt to keep hope alive. Unfortunately, she was basically deserted within a decade. In 1896, she succumbed to a fire.

She Was Listed on Airbnb

People used to sleep inside Lucy all the time, but that ended around 1902. In a celebration of her glory days, Lucy the Elephant was listed on Airbnb on March 5 for a short run of overnight stays throughout March 17, 18, and 19. Airbnb decked her out in antique Victorian furniture and she looked pretty sharp despite her lack of running water. The lucky three couples who managed to book first got the one-in-a-lifetime experience for $138 (a nod to Lucy's 138th birthday). The stay included a private elephant building tour and non-elephant dinner and breakfast.

However, in light of a worldwide pandemic, the Airbnb experience has been postponed. The event was designed as part of a campaign to draw awareness and some cash to Lucy, who is in need of a major face lift. This round of renovations is expected to cost half a million dollars and will take a couple of years to complete. 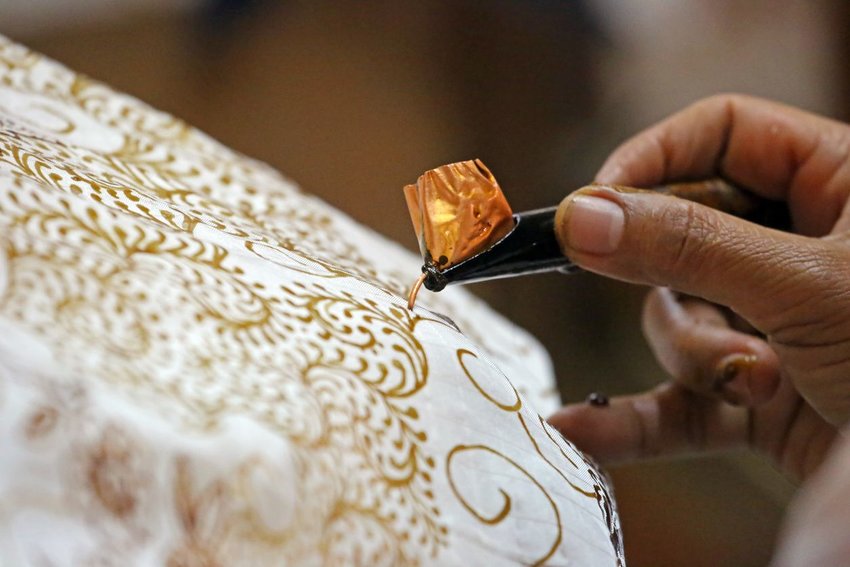 We know there are questions around travel amid the coronavirus (COVID-19) outbreak. Read our note here. With extra time on your hands, it’s a great opportunity to master a

Ephemeral rivers are temporary bodies of water that come and go with the seasons. Here are three reasons these temporary rivers are so fascinating.