Since the creation of the modern state system in the mid-1600s, the world has gained and lost nations due to wars, European colonization, and decolonization. Still, countries in the Americas and Europe have largely preserved their original names, unlike those in Africa and Asia.

Here's why: the fate of nations (new or otherwise) often depended upon the victors of wars. Sometimes, the reigning world powers carved out smaller countries from a larger area or combined several states into a new country. At other times, the borders remained unchanged, while dictators changed the names of countries. In any case, the following list of seven countries includes a mix of African and Asian states, whose rich political and social histories explain their name changes.

Democratic Republic of the Congo (DRC)

After gaining independence from Belgium in 1960, ruler Mobutu Sese Seko seized power through a 1965 coup campaign. In 1971, he changed the country's official name to the Republic of Zaire. "Zaire" actually refers to the Kongo word for "the river that swallows all rivers," a reference to the Congo River which runs through the country.

That said, things weren't always grim for the newly formed nation. In 1974, Zaire hosted the "The Rumble in the Jungle," the famous boxing match between Muhammad Ali and George Foreman.

Now, back to Mobutu. The infamous dictator fell out of favor with his people, mainly because of his spendthrift ways. He had at least three ornate palaces built and was in the habit of taking extravagant shopping trips to Paris. He even had symphony orchestras flown in from Europe to entertain his family and friends. The dictator was eventually forced from power in 1997, after a Congolese revolutionary Laurent Kabila led a coup against him. Today, Mobutu's palaces lie in ruins.

After Kabila's rebel forces helped him seize power, he returned the country's name to the Democratic Republic of the Congo, or DRC for short.

The British had control of Sri Lanka, the island that lies off India's coast, for more than 150 years, from 1796 to 1900. For their part, the native islanders were dissatisfied with British rule. The unavoidable rise of nationalist sentiments eventually led to a revolutionary fight for independence. Thus it was that the country gained its freedom from the United Kingdom in 1948.

While they were there, the British called the island Ceylon, a name that remained until 1972, when the country adopted a new constitution and changed its name to the Republic of Sri Lanka.

Even though the country's formal name changed in 1972, the name "Ceylon" remained on state buildings. In 2011, the Sri Lankan government finally decided to change the names of all state institutions still bearing the name "Ceylon." Today, Sri Lanka's official name is the Democratic Socialist Republic of Sri Lanka.

In 1989, the military junta ruling Burma decided to change the country's name to Myanmar. From a linguistic standpoint, the change doesn't mean much. The country has been called Myanma since the 13th century. "Burma" is actually the colloquial form of "Myanmar," or "Myanma."

The more formal "Myanmar" is used in print and news media. When you put these words into the context of independence struggles, nationalist movements, and decolonization efforts, many argue Myanmar is the more politically correct form to use.

"Burma" is often a direct reference to the native Burmese people and language. As the country is home to other diverse communities, the name "Burma" is seen as a form of marginalization. Finally, "Burma" was the English name for the country under British rule, so its use also highlights the era of European colonization, a time not fondly remembered by many natives.

Cambodia remains famous for its rich Khmer culture and spectacular temples. However, the world also remembers it as a beleaguered nation in the 1970s.

The geographical area which makes up Cambodia has gone by several names over the centuries, but the two most recent names are "Cambodia" and "Kampuchea." Cambodia is an anglicized version of "Le Cambodge," the country's name as a French colony.

The name "Kampuchea" comes from the ancient Khmer kingdom of Kambuja. The latter is derived from an ancient North Indian Sanskrit name. When Pol Pot and his communist Khmer Rouge took over Cambodia in 1975, he changed Cambodia's name from the Khmer Republic to Democratic Kampuchea. In late 1978, the Vietnamese invaded Cambodia and stopped the genocide. Vietnamese leaders remained in power for 10 years before changing the country's name to the Republic of Kampuchea.

The political upheavals left a void in Cambodia until the country restored its monarchic line. Since 1989, the country's name has included "Cambodia" in some form, the most recent being the "Kingdom of Cambodia."

As they say, "to the victor go the spoils." The Allied victory during World War I led Western European powers, Russia, and America to divide up the former Ottoman empire. Ultimately, the small area of land between Saudi Arabia, Syria, and Palestine became a British protectorate, the Hashemite Kingdom of Transjordan.

The British carved the land into three administrative districts and eventually combined them into one nation under the Hashemite banner. The word "Hashemite" refers to those who descend from the same tribe — Banu Hashim — as the Prophet Muhammad. In 1946, Transjordan gained its independence from Britain, and in 1949, it became known as the Hashemite Kingdom of Jordan.

Thailand is one of the few nations in Southeast Asia that never fell under British or French colonial rule. For centuries, the area was ruled by a monarchy and called Siam. You've likely heard of references to Siam through phrases like "Siamese twins" and "Siamese cats."

After a bloodless coup in 1932, the ruling party changed Siam's name to Thailand in 1939. For those who understand the Thai language, the new name has a double meaning. The country's name not only refers to the land of the Thai people (or the Tai), but it also means "freedom." What a fitting name: today, Thailand is one of the top expat destinations in the world. The Expat Insider 2019 survey ranked Thailand 25th out of 64 of the best destinations for expats.

One of Africa's gems, Tanzania is an example of a country that changed names because two previous countries joined into one. "Tanzania" is also a reference to tanzanite, the purple gems found in the country's hills.

That said, the name "Tanzania" is actually an amalgamation of "Tanganyika" and "Zanzibar," the two nations that unified to create the country. During the European colonization of Africa, Tanzania was known as German East Africa. After decolonization, the two countries unified in 1964 and took on the name "The United Republic of Tanzania." Today, Tanzania is known for being home to Mt. Kilimanjaro, the tallest mountain in Africa and the highest free-standing mountain in the world. 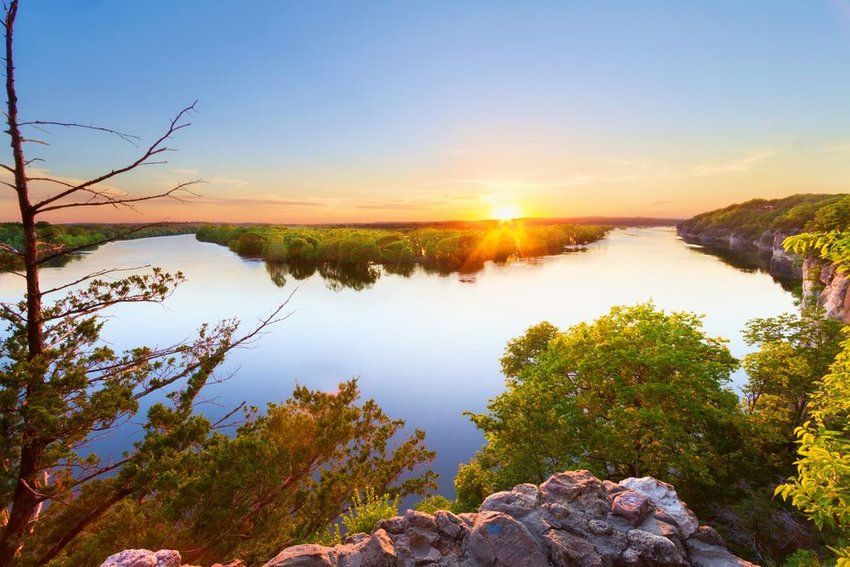