There are large variances across Finland when it comes to temperature, but the country's overall average is a chilly 38.7 degrees Fahrenheit. The northernmost parts of the country are subject to the most extreme temperatures and these frigid conditions certainly contribute to the overall low average. You won't find a lot of human habitation in these colder parts. In fact, Finland is the most densely forested country in Europe and almost two-thirds of the country are covered in thick woodland.

Once a sprawling civilization that encompassed much warmer land, modern-day Armenia is much smaller and the dominant area within its borders, Gyumri, has an average temperature of 43.1 degrees Fahrenheit. Armenia is characterized by its mountainous topography.

There are no lowlands in the entire country. Most of the land is above 3,300 feet in elevation with only a tenth of the area falling below that point. The land is also punctuated with extinct volcanoes, which are reminders of the history tucked away in the rocky terrain. Its coldest average temperature, however, does not mean Armenia is cold year-round. The lower portions of the country have long, hot summers and fall is quite pleasant.

As the largest country in Asia, China has a low overall average temperature of 58.6 degrees Fahrenheit in Xi'an, a city in central China. Most of the country is warm, however, China's topography is so diverse that some regions are colder. The mountainous northeastern region is largely responsible for China's overall low average and China's coldest town has staked an identity around that fact. In Huzhong, the coldest temperature ever recorded broke a record in 2016 when the town saw a dip to -42.6 degrees Fahrenheit.

Tajikistan has an average annual temperature of roughly 21 degrees Fahrenheit. Over 90% of the country is mountainous and the high elevation is the cause for the freezing average. Not all of Tajikistan is plunged into the cold, however. The valleys have hot and dry summers. The highlands, on the other hand, can experience brutal weather conditions. With temperatures dropping as low as -51 degrees Fahrenheit, it's easy to see how this country earned a spot on our list.

North Korea has an average annual temperature of just 19.7 degrees Fahrenheit. It too is characterized by a combination of mountains and valleys, which means that different portions of the country have very different climates. The summers can be quite warm, but winters are much colder. Another feature of the North Korean climate is that the east coast tends to be warmer than the west. This is a result of the mountains and flow of the ocean's currents.

To the north of both China and Tajikistan, Kyrgyzstan has even lower average temperatures. Coming it at only 16.6 degrees Fahrenheit, Kyrgyzstan's average makes it a truly frigid place! Once again, topography makes quite a difference. The interior of the country is extremely mountainous and home to the lowest temperature averages, while the plains surrounding these mountainous regions are warmer due to desert conditions. The valleys have hot, dry summers but the areas with higher elevations are consistently cold and receive more precipitation.

Mongolia is next on the list with an annual average temperature of only 3.38 degrees Fahrenheit! The substantial drop in overall temperature can be attributed to the country's three mountain ranges. Without the influence of warmer ocean breezes, most of Mongolia is subject to seriously cold climates with fierce blizzards and ice storms that negatively impact farming.

Canada's startling low annual average temperature of -0.7 degrees Fahrenheit means our northerly neighbor gets quite chilly in the winter. As the second-largest country in the world, Canada covers a lot of ground and its territories are located in arctic and subarctic zones.

Despite its large size, Canada is very sparsely populated due to such brutal temperatures in an island region known as the Arctic Archipelago. Most of these islands are permanently covered in ice and snow, so the population primarily lives along Canada's southern border where temperatures are much warmer.

Russia has a staggering average temperature of only -4.8 degrees Fahrenheit! Once again, the large size of the country means that there are wide variances both in topography and climate. Although most of the country experiences relatively pleasant summer months, Russia also has the lowest temperature on record outside of the North and South Poles.

Topping our list is Greenland, which has an annual average temperature of -15.5 degrees Fahrenheit. The world's largest island is largely covered in tundra and glaciers — making much of its vast territory inhospitable to humans.

Greenland's ice sheet is 5,000 feet thick on average and is second only to Antarctica's in terms of size. Even the ice-free land (which is mostly along the coast) is mountainous, which means that the country as a whole is subject to the cold that comes with high elevation and northward location. Those who live in Greenland often find that the weather can be brutal and swift — changing from sunny to snowy rapidly. 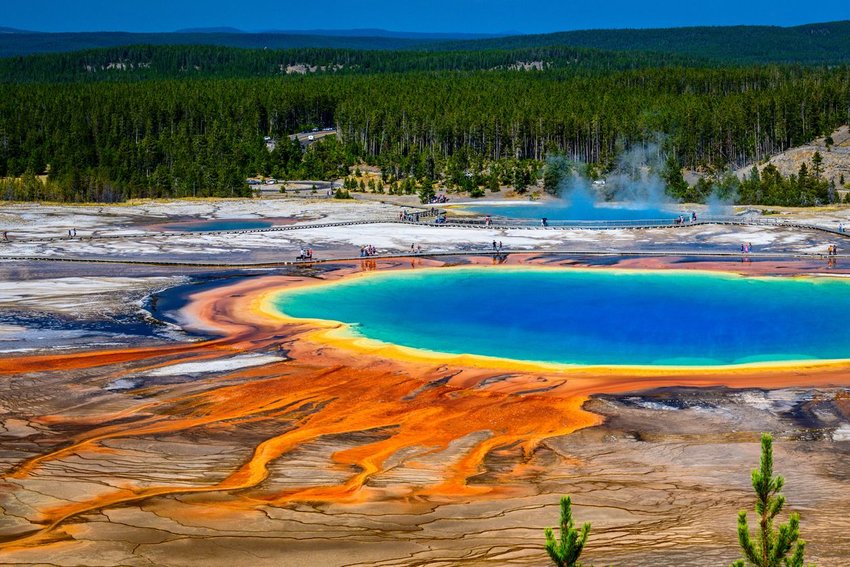 National parks are always worthwhile, but they're free on these days. Make sure you take advantage of them!

Growing grapes isn't just for the Pacific Coast! Did you know there are vineyards on the East Coast as well and they're well-known for producing great wine?