There are two ways to travel. Option A is to visit the top destinations that are on everyone's bucket list. You know, the usual: Paris, Hawaii, maybe New Zealand if you're feeling adventurous. While we're big fans of these destinations, we're also big fans of option B. Option B is for the thrill-seekers. The travelers who want to get off the beaten path and explore parts of the world that few others have ever seen.

If that sounds like your type of adventure, this list is for you. We've tracked down six places that are virtually impossible to get to (emphasis on the virtually) but are totally worth the trek. Without further ado, here are six challenging places to get to that are worth the effort:

This destination is also known as, "The doorway to hell." Yes, we're serious. Never thought you'd be able to put that on your travel bucket list, did you? Located in the remote wilderness of Derweze, the Darvaza gas crater has earned the nickname "the crater of fire," or "the gateway to hell." The crater is about the size of a football field and has been constantly burning for the past 40 years. The crater was only expected to burn for a couple of weeks, but here we are nearly a half a century later and it's still burning.

What makes it so hard to get to? Well, the fact that there is literally nothing else around. You'll have to find this one on your own. There are no roads, no signs, and barely any people. The closest town is about 50 miles away. But don't worry, while remote, thousands of travelers have managed to make the trek. So, go ahead. Check that one off your bucket list.

While thousands of tourists are lining up in the seriously over-touristed Machu Picchu, take the road (or in this case, trail) less traveled. Choquequirao (which translates to "Cradle of God") is an ancient Incan city hidden high atop the mountains. Choquequirao is west of its more famous sister and sees far fewer visitors. That's likely because of the two-day hike it takes to get to Choquequirao. But once you reach your destination, you'll be greeted by ruins that many argue are even more impressive than Machu Picchu and quite a bit bigger.

If you're looking to see a part of Peru that is relatively untouched, you should go soon. There are plans to make the area more accessible in the near future. The government hopes to construct a cable car that will take visitors up to Choquequirao, surely increasing the number of visitors exponentially.

Macquarie Island is a UNESCO World Heritage site located between Australia and Antarctica. A visit will be unlike anything you've ever experienced. That's because the island is a raised ridge where the Indo–Australian tectonic plate meets the Pacific plate. This makes it the only place in the world where rocks from the earth's mantle are exposed.

If the geological wonder is not enough to get you to visit Macquarie Island, then the wildlife might be. The island is home to breathtaking flora and fauna as well as large groups of king and royal penguins, as well as elephant seals. You'll see a few people there, mostly researchers, but you may see a higher population during the summer months. According to the Antarctic government, it will take you three days to get to Macquarie Island from Tasmania, and that's in good weather. But once you get there, you'll be thrilled you did.

The word Gobi means "waterless place," and that's pretty much what you'll get when you visit the Gobi desert. The desert is approximately 500,000 square miles and is the fifth-largest desert in the world. Historically, the Gobi desert is known as the site of the silk road cities. While the area has some of the most extreme weather in the world, visitors will be able to see bears, camels, and several other animal species. It's a long drive to the desert, so your best bet is to book a tour. Make sure you bring plenty of food and water because there's none around. And don't forget to check the weather before you book a trip. Though it's a desert, it still gets a fair amount of snow.

You've likely seen a picture of Easter Island. The island is home to the Moai statues. These 887 statues represent deceased members of the Rapa Nui society. The statues were built by the residents of the island between the years of 1100 and 1700, with most being carved out of volcanic ash. The statues are truly unlike anything else. The tallest one stands over 32 feet tall and weighs more than 82 tons.

The thing that makes visiting Easter Island a true challenge is just how remote it is. You'll need to take a five-hour flight from Santiago and there's only one flight a day. Another option is to book a cruise. Whichever way you choose, once you arrive, you'll feel like you stepped back in time.

The Tiger's Nest Monastery is a sacred Buddhist temple located in the peaks of Bhutan. The temple is one of the most well-known and most photographed locations in the country. The only way to get to the temple is to hike. While there are no vehicles allowed, you can hire a horse to help you make the trip. The journey up and back will take all day, and there are a few steep spots that aren't for the faint of heart.

Getting to Bhutan isn't easy either. There are only five countries that make flights to Bhutan — Nepal, Singapore, Thailand, India, and Bangladesh. The other option is to make the drive to India. Either way, this adventure is definitely worth the long trip. 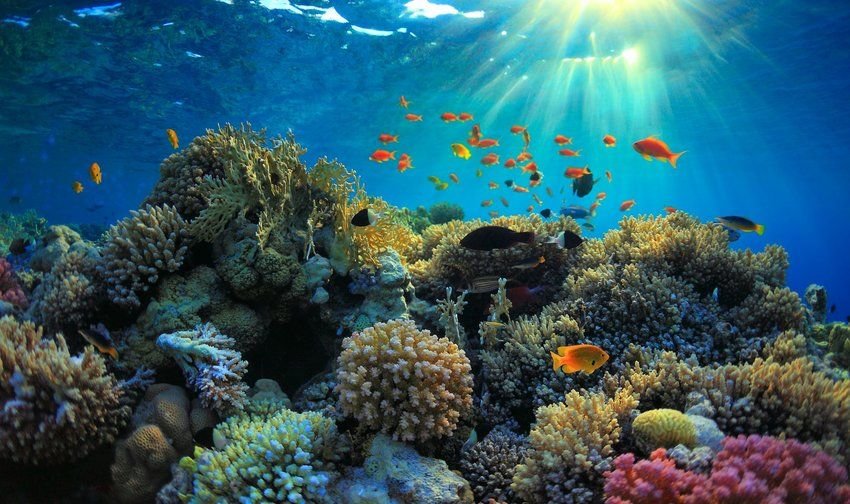 If you get the opportunity to swim among the fish and behold the beauty of the reefs, you should absolutely take it. These underwater ecosystems have been around for millions 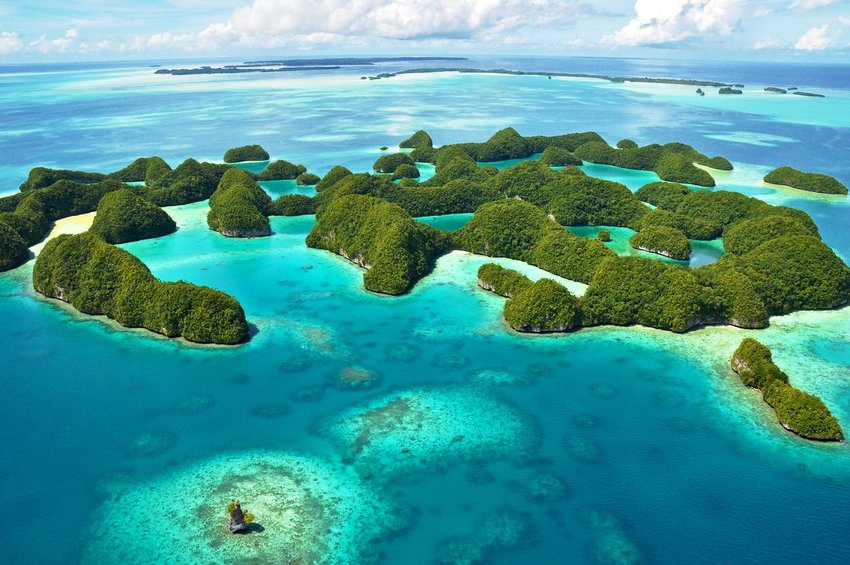 As creatures of habit, we appreciate consistency in our daily lives. Yet, when we become accustomed to the mundane, it's hard to imagine something as drastic as a country being